Painted by Ernest Heasman and remembered by many 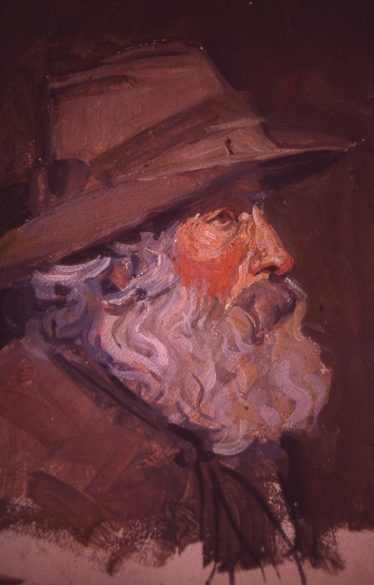 Photo of oil sketch of Shepherd Arnold by Ernest Heasman

Where is the original of this painting?

Our archive collection of digitised slides includes a photo of Ernest Heasman’s painting of Shepherd Arnold, made for the collection of slides which illustrated talks about Harpenden’s history given by Councillor Captain Bond during the 1960s and 1970s. We would be very interested to know where the original painting now is. Please contact us if you have any information.

In her memories of her father, Ernest Heasman, Hilda Strickland wrote about his kindness to local folk: “We were all subject to his philanthropy from time to time – the old shepherd and the tramps occupying the kitchen, all passed on to others that there would be bread and cheese and tea at 21 [East Common] if they called. Sometimes they were asked to stay and be sketched. They never objected or bothered us, departing as soon as he was finished with the drawing.” (LHS archives, BF 20.9) 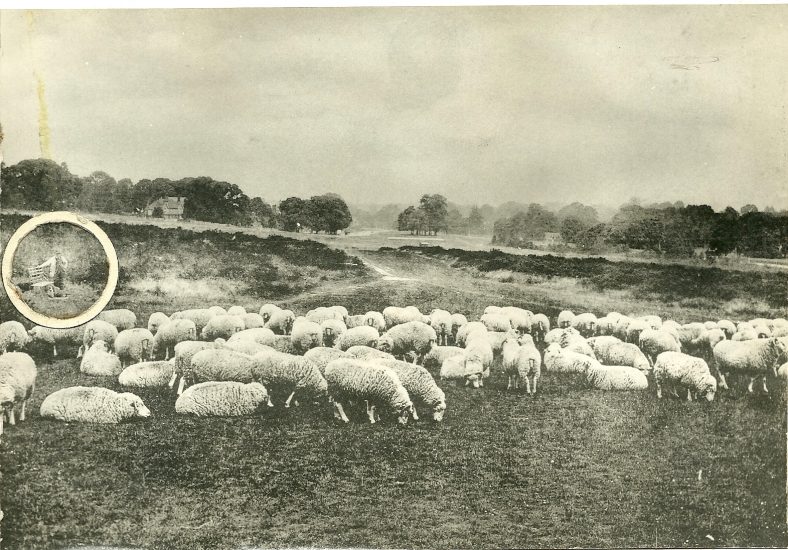 Other Harpenden residents wrote their childhood memories of the 1920s and 1930s for a competition organised by the Local History Society in the 1980s. Two of these made reference to the sheep and shepherd on the Common. Miss K A Reece, who was born in 1910 and lived at 11 (later renumbered as 146) Upper Cravells Road, remembered:

“The Common played a large part in the lives of both children and adults who lived in our area for recreation and in summer as a direct and pleasant route to the Village or station. I used it daily walking to school at Victoria Road from the age of seven years and business men going to London took the same route in fine weather. I always enjoyed walking through the flocks of sheep grazing everywhere. One flock owned by Dolphin Smith of Mackerye End Farm used to come down Crabtree Lane in the morning and graze until early evening and on our way to and from school we often talked to the shepherd. 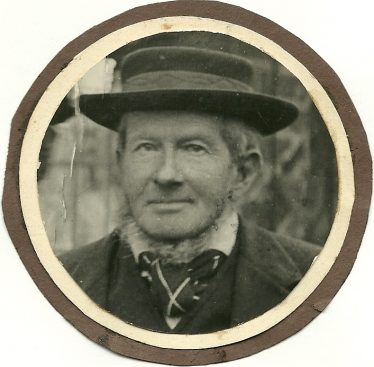 There was another flock higher up the Common – I’m not sure but they probably belonged to Bamville Farm.  … The Dells by Walkers Road were always a popular picnic spot but it was not so attractive for such activities when the sheep had been around. Luckily there was an old iron seat there in those days which came in useful to sit on if the ground proved hazardous.” (LHS archives, BF 20A.4L)

And Mr D F Garratt, who was born in 1917 at 9 Queen’s Road, wrote: “Most of my leisure hours were spent on the Common which at that time in summer was really beautiful with the gorse in full bloom a bright yellow. I was very fortunate to live right on its doorstep. Sheep grazed on the Common and if any strayed after the main flock had gone to rest my friends and I would drive them to the fields where they stayed for the night in Crabtree Lane.” (LHS archives, BF 20A.4H) 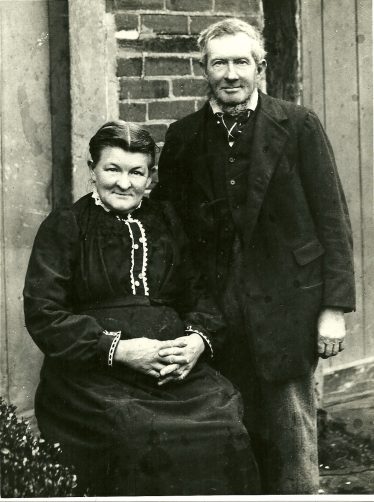 The family home at Batford

Shepherd William Arnold lived with his wife Esther in one of the thatched cottages by Batford Mill (later renovated as one dwelling). We have photo of a family wedding group outside the cottage in 1906. 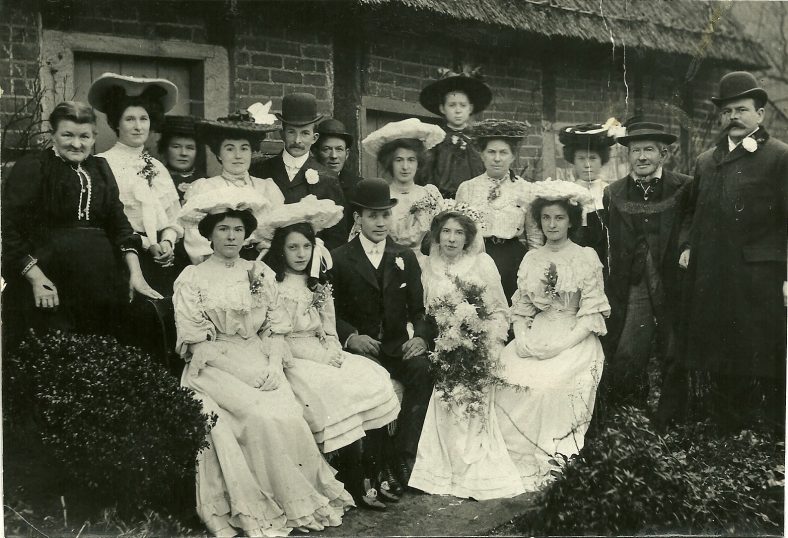