The Park Stables was situated behind Mary-Ellen’s tea room (now The Inn on the Green) in Leyton Road and was accessed via a narrow drive to its right. 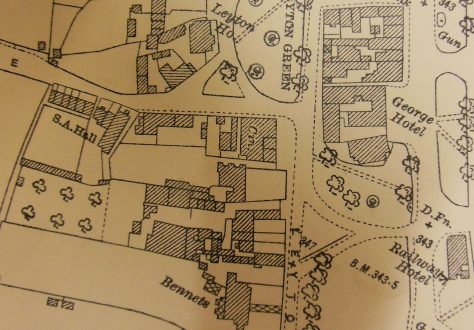 Extract from 1924 OS map, showing the stables and paddock or orchard behind the cottages between Bennetts and Yew Tree Farm. Credit: LHS archives – photo by R. Ross

By 1932 the Park Stables Riding School had been established by Edward Leslie T Mogridge, though it seems he lived at 37 Tennyson Road. The Mogridges continued advertising the Park Stables for nearly 30 years. 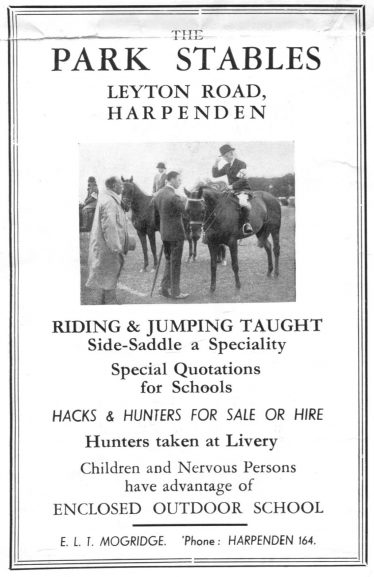 During WWII this advertisement appeared in the Harpenden Free Press dated 2 February 1940. A later cutting from The Herts Advertiser dated in 1970 noted that The Park Stables had ‘served the town for more than 60 years,’ indicating that it was there even before the First World War. 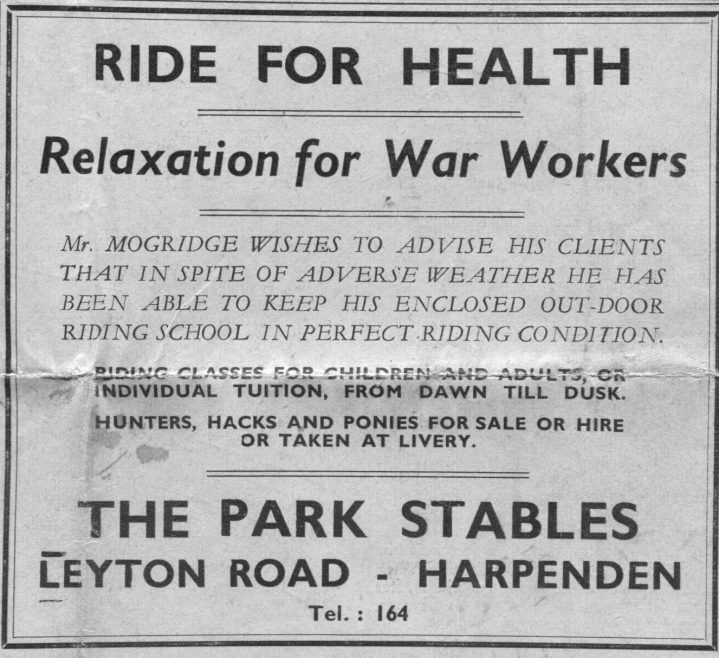 Mr and Mrs Mogridge were continuing with a rather reduced operation (some 7 or 8 riding school ponies only) in 1960 when the stables were purchased by Mrs Joyce Christopher.  She and her husband, Derek (a Police Officer) lived in the cottage next to Mary-Ellen’s and ran the stables for the next 10 years, mainly as a riding school and livery yard but also with interests in showing, show jumping and hunting as well as breaking-in and schooling.  Some horse dealing and the breeding of several foals also took place and Mr and Mrs Christopher were heavily involved with the Aldenham Harriers and its Pony Club branch. 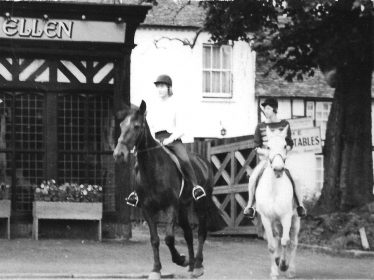 Mrs Christopher employed a Head Girl/Instructor and several grooms. In addition to these staff members, there was a gaggle of children aged about 11 upwards and mainly girls, who worked incredibly hard around the stables at weekends and school holidays, mucking out, grooming, cleaning tack, filling hay nets, sweeping the yard – the tasks were endless.  Some of these children were lucky enough to keep their own pony at the stables and stayed on to help after riding; others worked purely for the love of the ponies and the hope of riding the animals back to their fields at the end of the day.  Fields were rented in various locations over the years from a few hundred yards away behind the Convent (now The Harpenden House Hotel) to as far away as Hatching Green, and Cross Farm in Cross Lane.

Riding lessons took place in the riding school (ménage) which was floodlit for evening classes and had a surface of shavings to try to make it usable in all weathers.  This photo shows a pupil riding in the ménage and in the background are the stables in the top yard, leading up to the gates into Rothamsted Park. 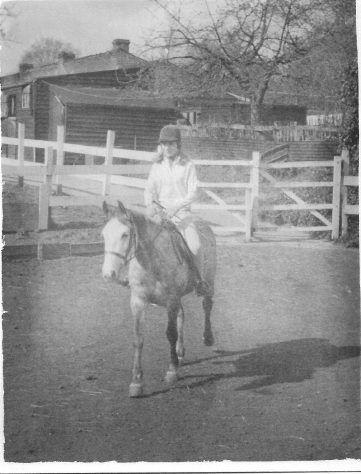 A young rider in the ménage with the stables in the background. Credit: Lesley Hayter

Throughout the 1960s strings of horses and ponies could be seen hacking around the lanes and cantering on the common.  In those days there were no restrictions about where one could ride on the Common, with the exception of the areas that were part of the golf course.  A favourite ride was along Southdown Road and through South Harpenden, up Ayres End Lane and then, at high speed, up Mud Lane, endeavouring to pull up before the railway bridge and emerging near The Three Horseshoes pub.

Of course, most of the rides (including that mentioned above) involved the string of riders crossing the A6 main road to St Albans, now known as the A1081. Crossing usually took place adjacent to The Silver Cup public house where one of the riders rode into the middle of the road and raised a hand to stop the traffic in both directions while the others trotted across.

Moving away from Harpenden

Thinking about this, it can be understood why in 1970, Mr and Mrs Christopher regretfully left Harpenden for stables in the relatively quiet area of Gaddesden Row.  Not only the main Luton to St Albans road but Southdown Road, South Harpenden itself and the adjacent roads had all become unsafe to ride along due to the amount of traffic.  Even the Common had become just too busy to be safe for all who wanted to make use of it.  The stables closure was reported in the Herts Advertiser in the last week of August 1970. 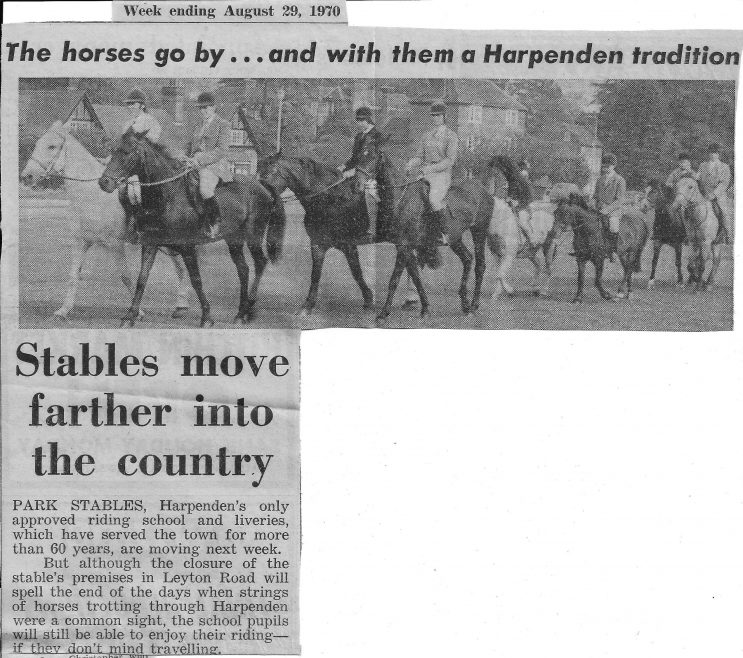 For anyone who is interested, a list of horses that lived at The Park Stables between 1960 and 1970 has been compiled (currently 71 names).  If you remember any others, please feel free to contact the Editors and have them added to the list.

A plan of the stable buildings and facilities as they were between 1960 and 1970 is attached and can be downloaded below. This shows in red what is left of the buildings now (2014).