You are here: HomenextHarpenden HistorynextBuildingsnextOther Harpenden BuildingsnextAuction of cottages on Leyton Road, behind the Silver Cup

Auction of cottages on Leyton Road, behind the Silver Cup

In 2016 we received an anonymous donation of a fragile document – a notice of the auction on 11 October 1877 of four cottages in Leyton Road, behind the Silver Cup Inn, along with “a valuable piece of building land (now used as a Garden)”, adjoining the Silver Cup and fronting the Turnpike Road from Harpenden to St Albans – now known as St Albans Road – the A1081.

The description of these properties matches the plan for the auction (for which we do not have the details) for the sale of Heathfield Works, at the time when Fields Hat Factory moved to Grove Road in Bowling Alley, and the factory was purchased by Abbot and Anderson, manufacturers of oil skins. This plan indicates an auction date of 31 August 1883, and shows the cottages, in the ownership of the late Mr J T Wells. One of them was occupied by Mrs Constable, who died in 1912 at the age of 102 (see the Particulars).

The site of the Heathfield works was redeveloped in the early 2000s as a gated estate (Coopers Mews) behind the cottages marked as in the ownership of Mr Henry Lines senior, which still stand on Leyton Road. 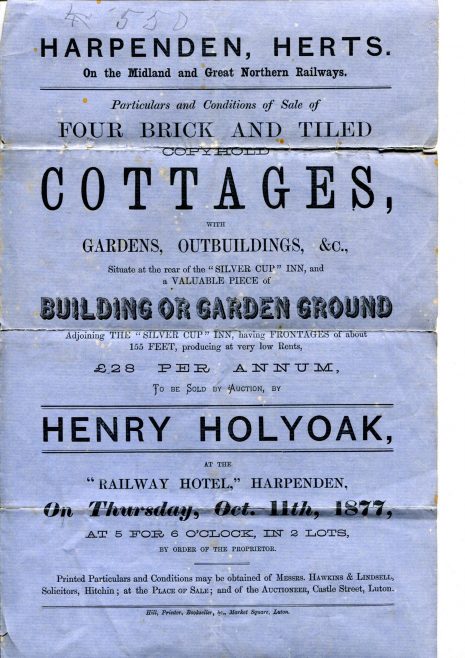 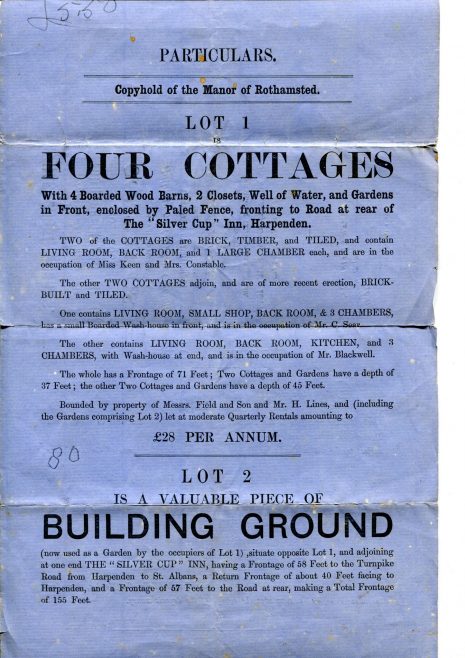 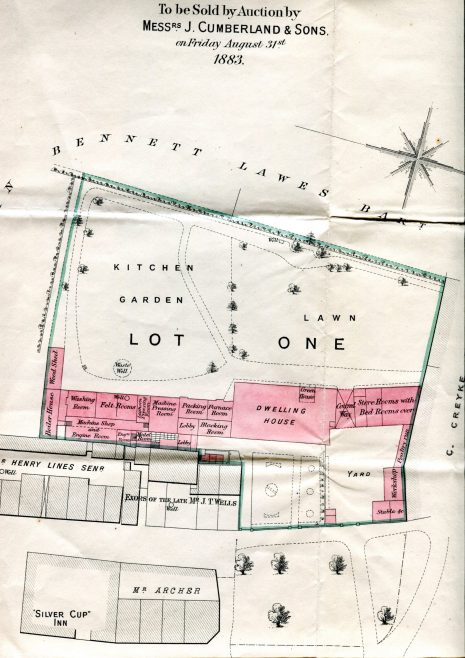