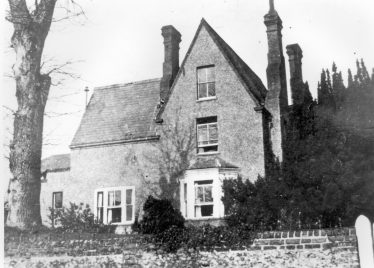 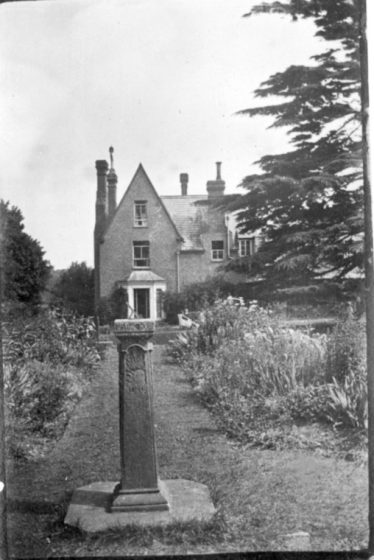 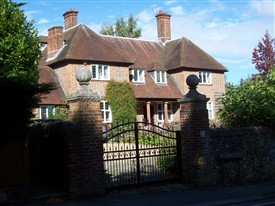 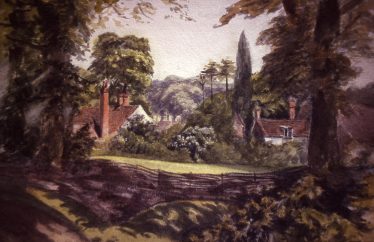 While Sir John Lawes lived at Rothamsted Manor, his fellow Director, J. Henry Gilbert lived in a house between the Laboratory and Harpenden village centre.  A painting by Lady Gilbert illustrates a view from the drawing room of the house.

The present house occupying the front of the property at 1 West Common was designed in about 1923 by Lady Elnor Russell, wife of Sir John Russell who was the Director from 1912-1943.  In Sir John’s autobiography, “The Land Called Me”, p.262, he writes:

“1943 was a sad time for me, as I was now approaching my seventieth year and was due to retire in a few weeks time.  This meant giving up not only my work but our home as well, for it was an official residence.  Twenty years earlier Elnor had designed it jointly with the architect and I had collected the money to build it; we made the garden and watched it grow in beauty; it had become part of our lives, but we had always known we must give it up.”

Russell was succeeded by Sir William Ogg, and in 1958 by Sir Frederick Bawden.  Fred and Lady Bawden entertained staff in their home, and allowed staff to use the garden during the lunch break.  But when Sir Fred died suddenly during the funding crisis of 1972 Lady Bawden was left without a home, as it was Institute property, and she was obliged to move to a smaller house in Crabtree Lane.

The succeeding Directors, Sir Leslie Fowden and Prof. Kenneth Treharne lived there, but after Prof. Treharne’s sudden death in 1989 subsequent directors did not live in the house, which was required to be sold privately to raise funds in the 1990s.  Most of the garden was sold to developers, and a close of 23 town houses was built, the close being inappropriately named “Sir Joseph’s Walk”, although in his lifetime Gilbert was always referred to as Sir Henry.