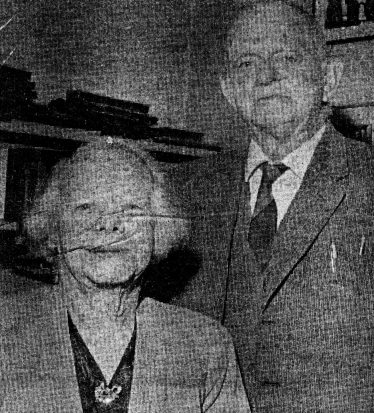 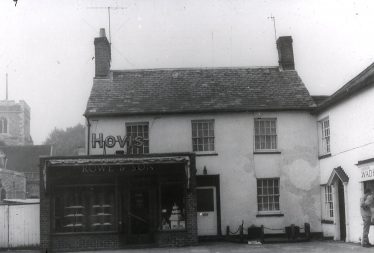 Memories of Harpenden in the Edwardian Era

What is so remarkable about Ben and Clara Rowe is that they are still working actively in the bakery they started soon after their marriage at Pembury Grove Methodist Church, Clapton, on August 13th 1907.

Ben cycled from London to have a look at the shop and bakery at 64 High Street, and decided to buy it; the firm have been serving Harpenden ever since.

Ben still rises early every morning and drives a delivery van while his wife looks after the accounts.  They have six assistants and employ one extra at weekends.

Mrs Rowe recalls that when they took over the business in 1907 they bought some paving stones from the council and laid them outside the shop.  In those days the High Street was without pavements or kerbs, and sheep and cows roamed about, sometimes charging into the bakery through the side entrance.

In the early days there was a tea room at the back of the shop.  A carrier cart from Luton passed slowly through the village twice a day.  A small loaf cost a penny halfpenny.  There were only about six shops in Station Road, which was nothing more then a muddy lane.

Mrs Rowe formed the district’s first black-and-white minstrel show, a local concert party, in which she sang “Coal Black Mammy” during the Great War.  She also formed a social club for young people at Luton Road mission room many years ago but the then Rector of Harpenden objected to the mixing of the sexes.

Both Mr and Mrs Rowe are in pretty good health for their ages.  Mrs Rowe attributes her alertness to a clear mental outlook, work, general interest, and the giving of service.

The Rowe family business has always aimed at quality, service and satisfaction. “If you stick to those, they pay off” said Mrs Rowe.

Mr Rowe was born into the bakery business, his father being a baker before him.  In his busy earlier life Mr Rowe thought nothing of starting work at 4am and finishing at 9pm.  He has a remarkable record of service with St Albans and District Master Bakers Association having been president for several years.  He was also an organist at the Old West Common Mission.

He has always been a champion of the small baker, perhaps because he is one of them and has never had any cravings for big business.  He remembers his father being told at a bakers’ meeting almost 80 years ago that the day of the small baker was over!

A staunch Conservative, Mr Rowe was last year elected life member of Harpenden Conservative Club of which he was chairman for many years.  He retains a keen interest in current affairs.  Only last week he wrote to the “Free Press” deploring some aspects of the new parking regulations.  Once he wrote a personal letter to the Ministry of Food concerning the quality of bread after the war.  He hates officialdom.

Some of the flowers Mr and Mrs Rowe received were from the Harpenden Conservative Club and from members of the bakery staff who drank their health in sherry.  Their only son, Mr Norman Rowe, who was educated at St Albans School, is now in charge of the business.  Their daughter, Mrs Dorothy Smith, now in Kenya, was formerly a prominent member of the Harpenden Drama League and the Luton Operatic Society.  They also have four grandchildren and two great grandchildren.

At Mrs Rowe’s special request, our photographer delayed his visit for 48 hours. “I must have a hair do” she said.