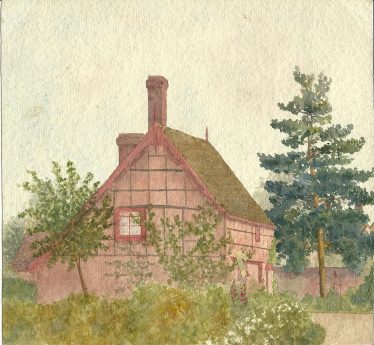 A comment posted on the page about the widening of Sun Lane in the late 1920s and the consequent loss of cottages on the south side, asked for information about the cottage hidden behind the walls of the Lydekker estate on the northern side of Sun Lane.

In the Society’s collection of paintings, we have a watercolour sketch of the Gardener’s cottage by Hilda Lydekker, daughter of  Richard Lydekker of Harpenden Lodge.

Kelly’s Directories show that George Trustram was the gardener in 1901, but in 1911 and 1913/14 he had been replaced by Reginald Peacock. There were no further directories during the First World War, but from 1922 to 1929 William John Simmons was at “The Lodge Cottage”. When William Smith moved in during 1930 the cottage was listed as 2 Luton Road. He remained there until after the Second World War. Kenneth Keasley was there from 1949, and then John Pinney from 1956-1966. John Barnes appears on the list in 1966 until Kelly’s ceased publishing directories in 1974.

It seems likely that all these men were gardeners, first to Richard Lydekker and then to his daughters Helen and Hilda, perhaps until Hilda moved into a nursing home in 1979. After her death in 1987, Harpenden Lodge and its grounds were sold for redevelopment. The ‘doll’s house’ gardener’s cottage remains.

Harpenden Lodge, which was built in 1803 by James Haddon, appears on the 1843 Tithe Award map, which shows several other cottages on the estate between Sun Lane and the Lodge. They were all standing at the time the property was auctioned in 1857, but only the gardener’s cottage remained by the time surveys for the 1879 and 1898 maps were made. Extracts from each of these maps lie below. 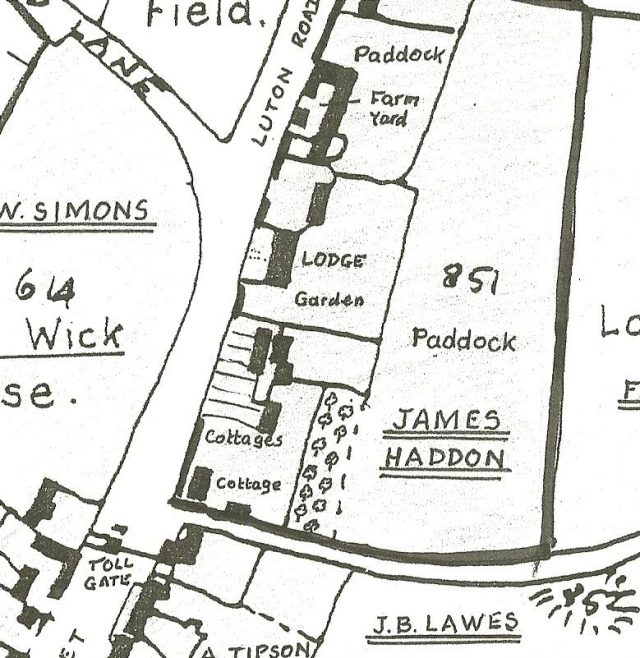 Annotated extract from a copy of the 1843 Tithe Award map 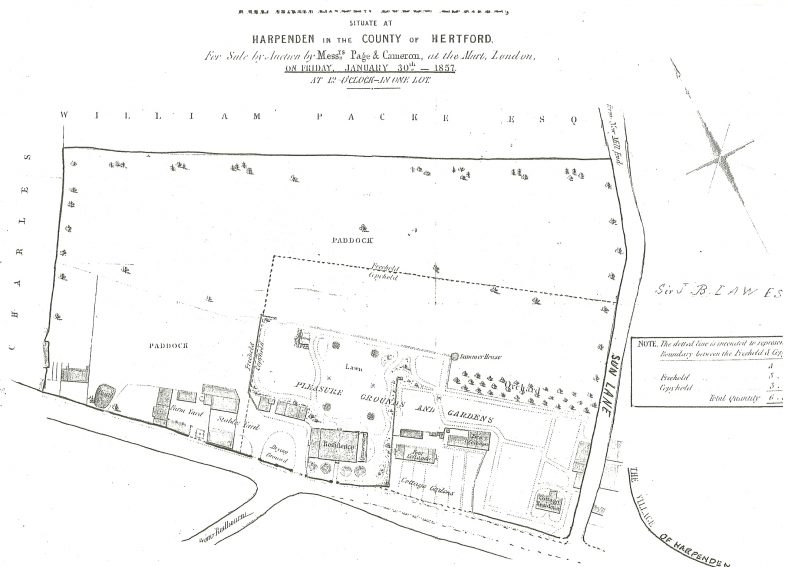 Plan of the Harpenden Lodge estate, when auctioned in 1857 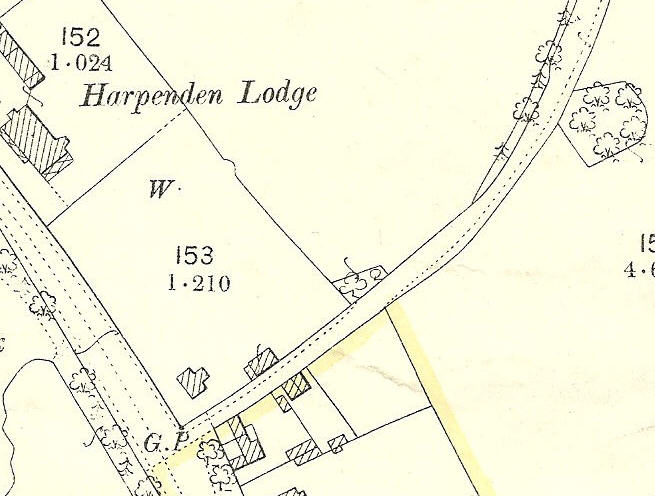 Extract from 1898 OS map, showing a narrow Sun Lane and no.75 High Street, which was demolished around 1929 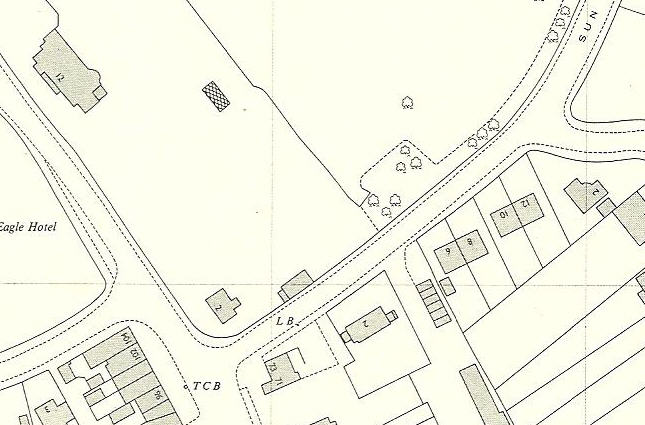 Extract from 1967 OS map, showing the widened Sun Lane. The cottage is marked as 2, and Harpenden Lodge 12 Luton Road