Some of the information in this article was gleaned from the book ‘The Earl of Petticoat Lane’ by Andrew Miller; published by William Heinemann, 2006 ISBN 9780099478737 but much more came from the local history society archives, local newspapers and visual research. 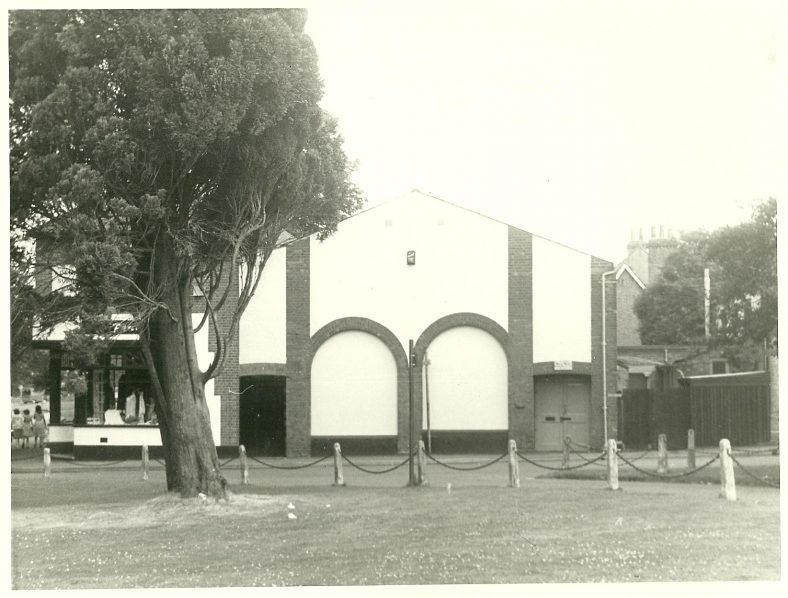 The old Victoria cinema building photographed from Leyton Green in 1979 when being used as a furniture warehouse; it was Freedman’s Harpenden workshop in the 40s and 50s; the Strada restaurant in 2015. Credit: HLS 1133

Henry Freedman, who made his home in Harpenden for a few years, was a successful man who had overcome many challenges to reach the top. He rose from living in poverty in London’s East End among numerous Jews who had arrived as refugees to consorting with the aristocracy. He was the eldest child of Fischel Freedman and his wife Malka Kanfer. His father died when he was eight so he and his two brothers and two sisters were brought up in a small cellar by his mother. She worked seven days a week buying and selling clothing around Brick Lane market.

Henry became a barrow boy dealing mainly in clothing and fabrics, gradually working his way up. He married fellow refugee Miriam, a milliner’s apprentice, in 1932 and took her to live in the two rooms his mother and one sister occupied.

In business – as Newman’s

In 1933 Henry and his brother Mick were finally able to set up in business when their brother-in-law Solomon Newman had a win on the Irish Sweepstake. He lent them the money on condition that they traded under the name of S.Newman Ltd. Their first samples were cut out and made up on the kitchen table which was too small for anything but underwear. The business prospered enabling Henry and Miriam to get a home of their own and set up a workshop.

The Second World War began and their comfortable London home in Catford was damaged during the blitz in 1940. Henry hurriedly moved his family away from the bombing. He chose Harpenden because his wife’s brother Paul Claret had already evacuated here, first living in a caravan then getting a room at The George. Miriam, together with their two sons managed to get better accommodation in a crescent off the Luton Road together with Mrs. Marks, a former neighbour. Miriam was pregnant and gave birth to a daughter in November 1940 in the nursing home along the Luton Road. Then they moved into Lea House, an imposing Victorian building at The Folly on the Lower Luton Road just outside Wheathampstead.

Miriam’s mother Leah Claret had already moved into the flat above a small shop just off the High Street and began selling antiques. In 1941 Henry acquired the old Victoria Cinema on the corner of Amenbury Lane, which had a frontage on Leyton Road at that time, and set it up as the Victoria Works in case the London workshop was destroyed. Their garments were sold under the trademark name of Zoob Ltd which Henry changed to Slenderella in the late forties. 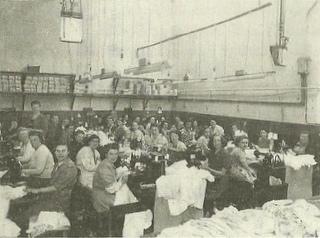 At its peak in the early 1950s Henry employed over a hundred women many of them from local families. The manager was Eric Sire, and the chief cutter Louis Sire, with Hilda Rayment as Head of Embroidery. 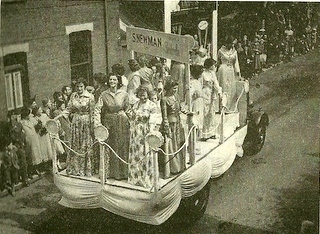 Pam Rolt was head supervisor, with I. and O. Lawrence and D. Almond as her deputies. The production was mainly for the export market and not surprisingly they won a prize for their export models in one of the town’s early carnival parades. 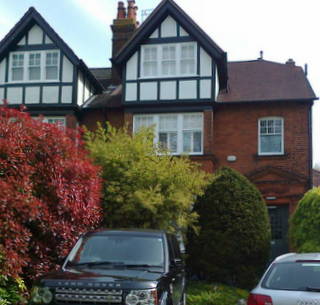 In 1943 Henry bought 45 Milton Road where his three children were brought up. They attended local private schools and for their religious education Henry paid a poor rabbi who lived near the station to come to his house once a week and instil the rudiments of Judaism into the children.

During his years in Harpenden Henry had met Walter Sherman, the owner of a Jermyn Street outfitters, who became the Freedman family’s entry into high society. Henry and Walter frequented the gentlemen’s clubs in Pall Mall and he and Miriam became involved in the London season.

Henry was horrified at the way they ran their Charity Sales and Miriam soon demonstrated a few of the skills she had gained when selling in Petticoat Lane. Record breaking profits delighted the organisers and she received many letters of thanks and admiration of her ability as a saleswoman. They attended Charity balls and coming-out parties and also held ‘At Homes’ in Milton Road. On these occasions he made sure that Miriam’s mother stayed in her own home above the little shop she ran just off the High Street. Their social success peaked when they were presented to the Queen in 1953 at the Royal Film Performance.

But 1953 proved a pivotal year for them. Mick Freedman finally left the business at the beginning of the year to set up on his own. Henry sold the Harpenden factory leaving him reliant on his South Shields factory which had been established under a government scheme to provide work in the north east. The family left Harpenden returning only to visit his brother-in-law Paul Claret who was settled in Roundwood House, up Roundwood Lane and Leah Claret who had returned to her little flat.

Henry went on to open a showroom in Oxford Street and bought a flat in Regent’s Park, working in the business until he died aged seventy two in 1978.