Founder of Busby's the chemists

Busby’s Chemists shop, c.1900, between West’s Bakery and The Registrar. Marten Part bank was on the corner of Leyton Green. Credit: LHS archives

James Busby was born at Kirtlington in Oxfordshire on 21 March 1840. He came to Harpenden in 1865 as manager of the chemist’s side of Lewin’s grocers shop in Leyton Road, having served his apprenticeship as a chemist in Birmingham and Woburn, Bedfordshire. After two years in Harpenden he moved to Wellingborough, Northamptonshire but returned in 1869 to wind up the business after Mrs Sarah Lewin, proprietor of the grocers shop, had died.

In May 1869 he passed the examination of the Pharmaceutical Society, and seeing the need for a dispensing chemist in Harpenden, opened his shop in July. The shop stood on the west side of the High Street, (no.12, just north of The George, ed). In the same month he married.

The business flourished until 1880, when a fire, the worst on record in Harpenden, gutted the shop, together with two other shops and two houses (in the block between the High Street and Leyton Green, ed). While the premises were being rebuilt, temporary accommodation was found in a shop next to Thompson’s Close (exact location not known, ed). Busby’s returned to the site, (alongside premises on the corner of Leyton Green, which became E C Smith and Marten Bank in 1886/7 – later to become Barclays Bank in 1902, ed). 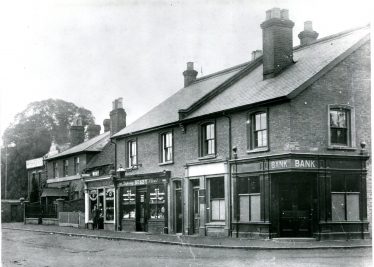 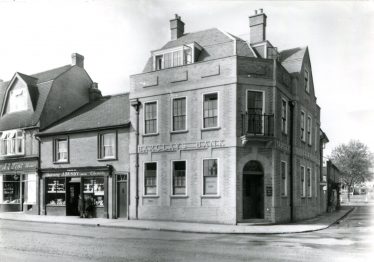 The business became a limited liability company in 1917, with James as Chairman. He died on 8 March 1924.

In 1953 J Busby Ltd, Chemists moved across the road to 19 High Street (formerly S E Prance, costumier), where it was run by Ian Mills of Fallows Green House until his early death in 1964. Meanwhile in 1956 Barclays Bank, landlords of their previous shop, demolished it and extended their building into the site. 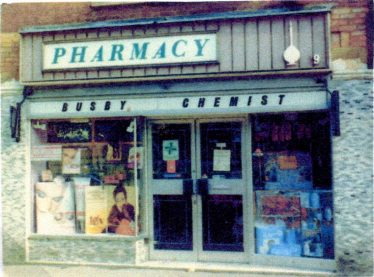 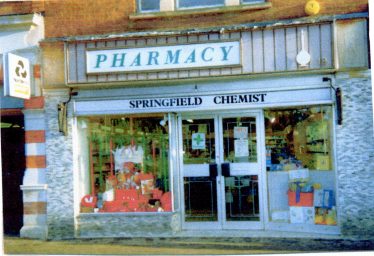 In September 1991, the Busby family sold the business to Mrs J Brahmbhatt, who came from a family of chemists, with pharmacies in Hatfield, St Albans and Jersey Farm. It became Springfield Pharmacy. The shop underwent a complete refurbishment in 1995. 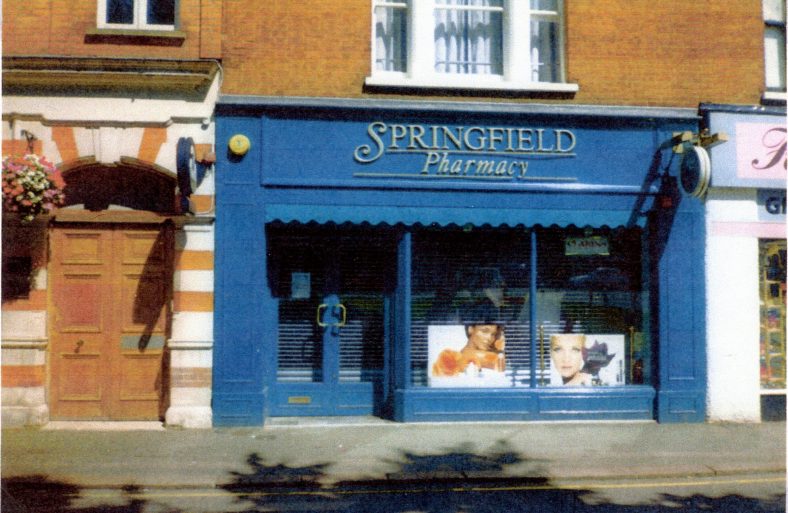 By Eric Brandreth (c.2005, with further information from Geoff Woodward)