Was this on the corner of Church Green in the 1830s? 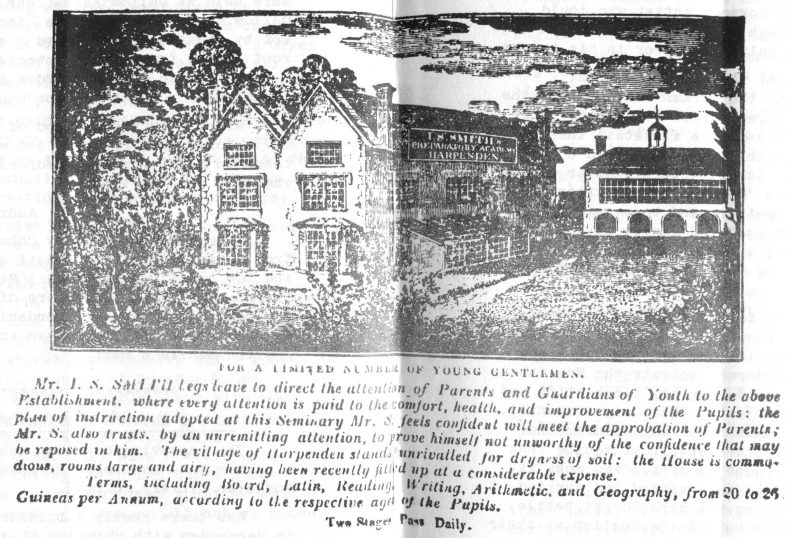 Advertisement for Mr I S Smith’s school. Credit: LHS archives – copy of document in Bodleian Library, reproduced in NL 43, May 1987

In Newsletter 43 (May 1987), it was reported that a member of the Society had discovered an engraving in a catalogue of ephemera at the Bodleian Library, Oxford.

The article asked: “Was there really a building like this in Harpenden with chimneys at each corner? Or has a standard engraving of a school been used for the advertisement? …. where was it?”

For a Limited Number of Young Gentlemen

Mr I S SMITH begs leave to direct the attention of Parents and Guardians of Youth to the above Establishment, where every attention is paid to the comfort, health, and improvement of the Pupils: the plan of instruction adopted at this Seminary Mr S. feels confident will meet the approbation of Parents; Mr S. also trusts, by an unremitting attention, to prove himself not unworthy of the confidence that may be reposed in him. The village of Harpenden stands unrivalled for dryness of soil: the House is commodious, rooms large and airy, having been recently fitted up at a considerable expense.

Terms, including Board, Latin, Reading, Writing, Arithmetic and Geography, from 20 to 25 Guineas per Annum, according to the respective ages of the Pupils.

Mr I S Smith did have a school in Harpenden, which was advertised in Piggot’s Directory for 1839.

The building bears some resemblance to Island Cottage, occupied by Mr F G Lockhart in 1870s and 1880s. until he moved to Lea House, on the corner of Ox Lane. 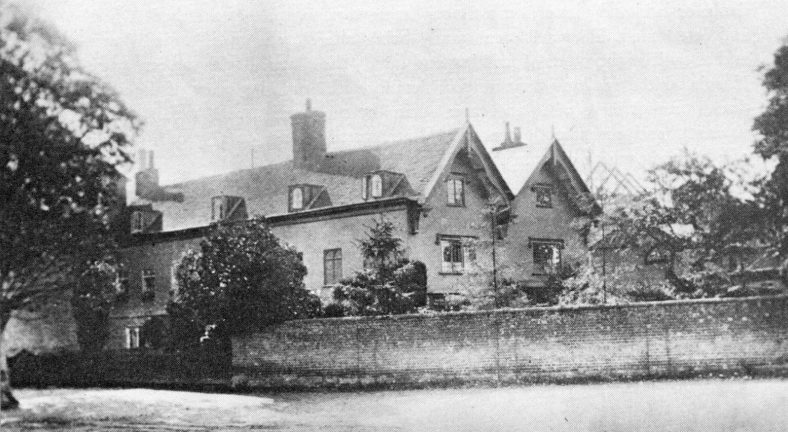 Island Cottage was described in particulars for sale by auction in 1886*, as being ‘brick-built, tiled and slated 2-storey high, with ornamental double gables and bay windows’. The building was pulled down in 1890 and replaced by houses and shops which still face north onto Church Green.

By 1938 Kenneth B Castle was listed as running school at 1 Ox Lane. Lea House, a preparatory school, ran under his headship until at least 1946. Some time between then and 1949 it became a girls’ hostel for the National Children’s Home: in 1956 it was listed as an NCH ‘diabetic hostel’. Possibly empty in 1958, it was then occupied by Frank E Ritchie until 1964. It was demolished in around 1965 and by 1966 the six flats at Lea Court were all occupied. 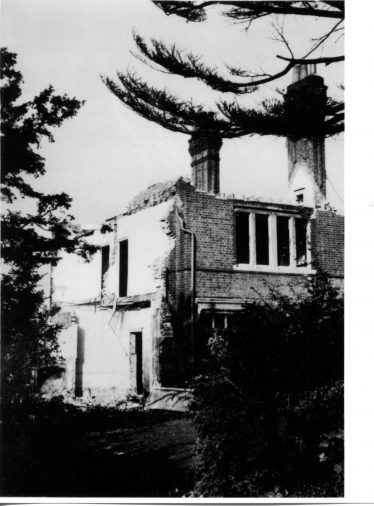