Old well in the High Street?

The Hole on the Concourse in November 2017

On 13 November 2017, Harpenden Town Council arranged for Messrs M J Taylor & Co. to excavate collapsed paving caused by a hole,which had appeared on the edge of the Concourse, close to the pedestrian crossing. The contractors dug to a depth of 2.2 metres when they hit solid ground. Photos were taken by the Town Council and a passer-by, Ann Doubleday. 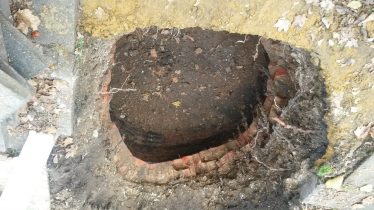 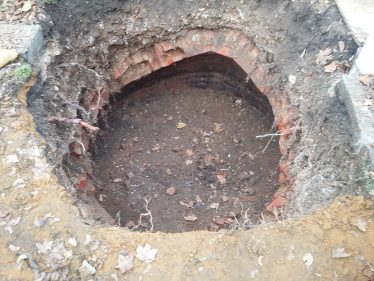 These showed the crumbling top of a half-domed hollow brick-lined structure, of some 3m in circumference, with an access hole of about 2 feet diameter in the dome. By the morning of 17 November ten tons of concrete had been poured in, and the paving and turf replaced. 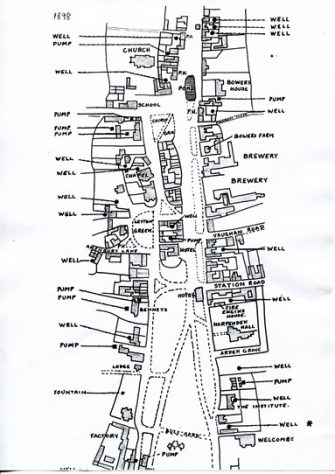 The official explanation was that this was a ‘dumb well’ or soak-away for draining the road or perhaps a borehole. However, the term dumb well in Harpenden was originally a euphemism for a cess pit, and there is no logic for that as there were no buildings on the Greens of the Common, which are still fiercely protected. Nor was there any logic in suggesting it was for drainage of the upper level of the High Street, since there are plenty of channels for water to drain into the little stream that used to run from the Cock Pond along the ‘Lower’ High Street. Surface water from the main road would drain down into the ditch, and later into the culvert constructed when the Cock Pond was drained and grassed over in 1928. 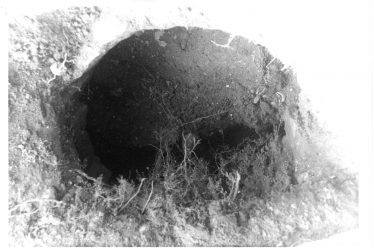 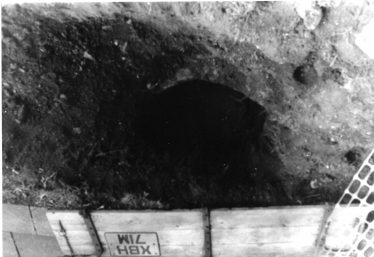 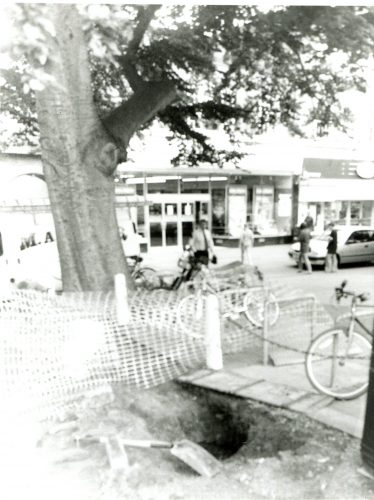 At the end of August 1999 this same hole appeared, and was observed by both Les Casey and Geoff Woodward who took photos for the Local History Society, before it was filled and covered over. At that time Geoff reports that the debate centred around whether or not there were any pipes leading into it, and it was said there were no pipes (and this was confirmed in 2017). Had the domed chamber been for drainage, one would expect it to be filled with silt from the adjacent roadway. However both in 1999 and 2017 the inside was of clean brickwork.

Geoff comments that the position and the small bricks and half dome might indicate an old communal well, possibly filling from a spring or the underlying gravel of the valley, and long out of use, since it does not appear on maps. It would probably have had some sort of well gearing over it. 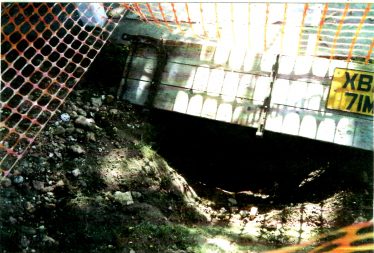 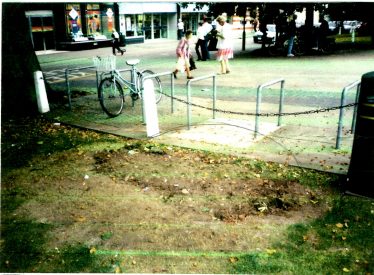 The 1879 and 1898 OS maps do not indicate any wells on the lower High Street between the Cross Keys pub and Station Road, though there were wells serving properties on the western side of the High Street and Leyton Road, as seen in the annotated plan of the High Street based on the 1898 OS map. However, there could have been a need for a well or two along the High Street for residents, cattle, and the first brewery which was set up in the late 18th century near Bowers Farm (Peacock brewery).

In the yard alongside Brewery House (29 High Street) a similar well was noted and filled in when this driveway (formerly leading to the rear premises of C&A) became part of the expanded forecourt of Sainsbury’s.

So, was this an early communal well?

In conclusion, on what little clear evidence there is, it would appear that this was an early well, and Geoff Woodward has recorded it as such in his compendium of information about central Harpenden. He comments that it will be interesting when at some time in the future someone wants to dig a trench along the High Street and finds a lump of ten tons of concrete in the way. 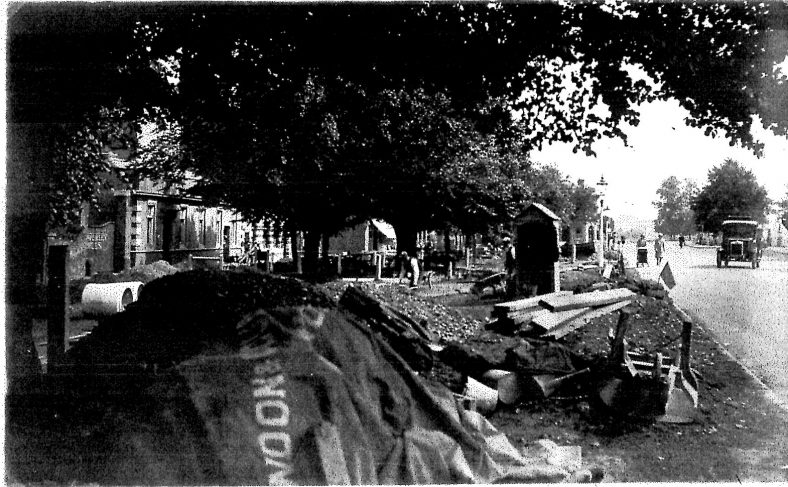 Work on the drainage of Lower High Street – view to the Concourse 1928 – see Comment by Geoff Woodward below. Credit: G.J. Woodward collection

By Rosemary Ross in consultation with Geoff Woodward