Successful business founded by Charles and William Read in 1921

On his retirement in 1952 the Harpenden Free Press interviewed Charles Read about his 54 year-long career in the cycles and motor business (LHS archives: LAF-NC 2.41b) 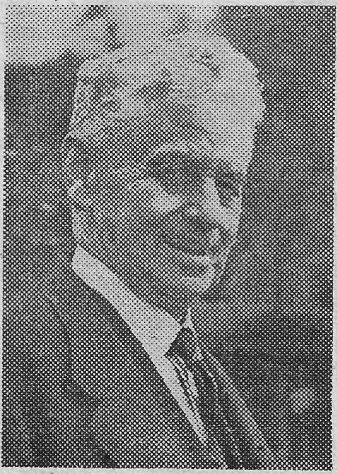 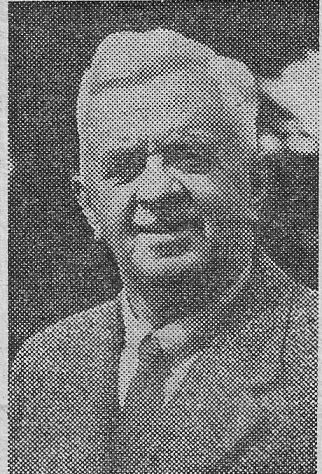 Charles was a son of W G Read of Amenbury Lane (Uxbridge Terrace cottages). He started work at the age of 13 as an errand boy to Edgar Salisbury, who had taken over his father’s business in Leyton Road and branched out from plumbing and building into cycles. Charles was soon promoted to work in Mr Salisbury’s cycle shop and there, as a teenager, he had has first introduction to motor cars and driving. He worked for Mr Salisbury for five or six years before working as an assistant to Mr Dudley Clarke (of Harpenden) at his garage in London Road, St Albans, where they built motor-cycles. Charles and Dudley Clarke took part in motor cycle racing events at Crystal Palace and around a circuit in Clarence Park St Albans.

The Harpenden Free Press report does not comment on whether Charles was in a reserved occupation during the First World War, and gives no other indication of war service. His older brother William, who had worked as a caretaker at Harpenden Public Hall (now Park Hall), served in the Royal Flying Corps, and was also a well-known member of Harpenden Fire Brigade, in which he eventually rose to the position of Second Officer. 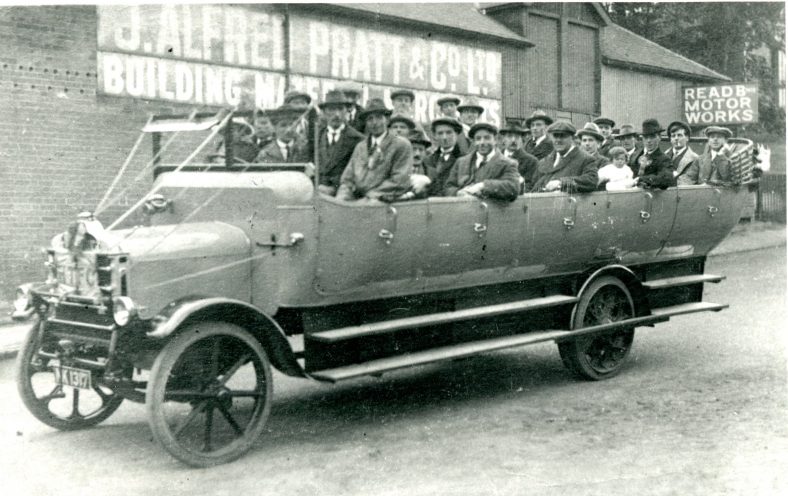 After the war the brothers decided to set up in business together, first in Amenbury Lane, on the site now occupied by The Village Surgery. However, in 1921 the brothers moved their business to the west side of High Street, buying the dairy yard (at 74 High Street) and turning it into a motor-cycle and motor-car repair depot. They later acquired the property next door, which in former years had been a public house known as the Red Lion. This they turned into a cycle shop.

“We could see Harpenden growing very much and the motor business increasing as the years went on,” Mr Read told the reporter, “so we bought property on the east side of the High Street from the late Mr Jesse Catton”. Bowers Parade was extended at the northern end replacing the last thatched cottage in c.1936. There they opened motor showrooms as well as workshops and lock-up garages on the land behind Bowers Parade.

Mr Charles L Read was the firm’s business head. His brother had charge of the workshops, and until the war they had another good partner – Mr Alfred R Popplewell, who had joined them in the late 1920s, bringing with him his car hire business. Local press advertisements in 1929 offered ‘Quotations for Seaside journeys – and distance”.

One of Charles Read’s activities through the years was teaching people to drive. “I taught scores of Harpenden’s original motorists how to drive. Mrs Hilda Raban, Mr Edgar Salisbury’s youngest sister, was one of them and I believe she was the first lady motorist in Harpenden.”

The business prospered, and the brothers were active in the community. As well as their annual dinners for staff, they supported fund-raising events during the Second World War – such as the Holidays at Home events in 1944. Charles was a prime mover for the establishment of the Harpenden Chamber of Trade in 1939, aided by Bob Lovegrove of the Harpenden Free Press, who contacted 300 businesses listed in Kelly’s directory. On 8 February 1952 Reads’ Motors were reported as flying their flag at half mast on the death of George VI (LAF-NC 2.42).

In 1952 they sold their motor business to a Luton firm, Dickinson and Adams, and the cycle shop at 72 High Street to Alan Rolt.

Prosperity had meant moving from their cottages at 2 and 6 Amenbury Lane by the end of the 1920s. William and his wife Ellen were among the first inhabitants in the new Overstone Road, moving to no.18 by 1928. Here they lived with their daughter Winifred, though their son Cyril soon moved away. Ellen died in 1957, but Winifred remained with her father until his death c.1960. She stayed on alone until becoming frail and moving to a care home in St Albans (1970/80s?). Her neighbour Les Casey at 25 Overstone Road remembers helping with occasional repairs. She gave him the photo of herself and others outside the White Palace cinema in c.1908.

Charles and his wife Hester moved in 1930 to Park View (6) Sun Lane with their daughters Mabel and Ethel. In the late 1940s they moved to “Westfield” (no.1) Coldharbour Lane, by which time it would appear that their daughters had married and left home. Charles is recorded in Kelly’s Directory at this address until 1966.

The gallery below shows a number of Read’s advertisements 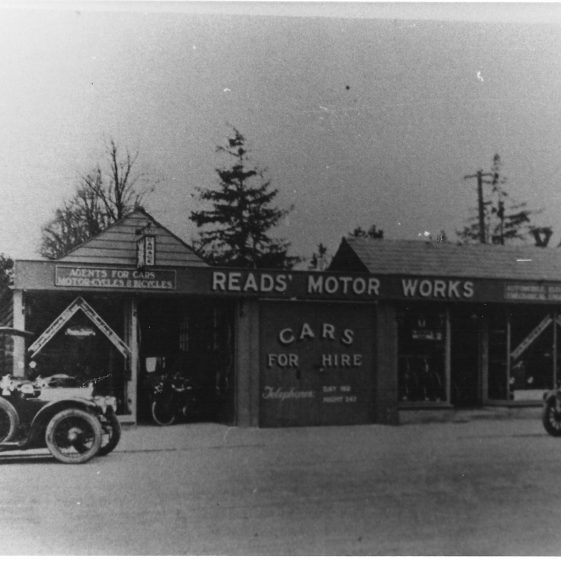 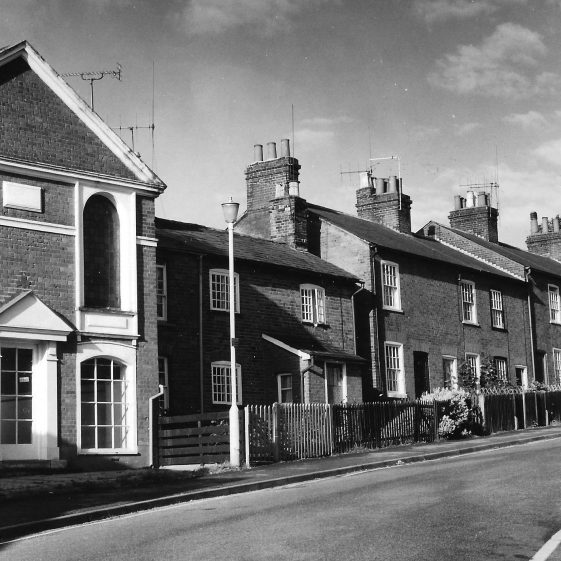 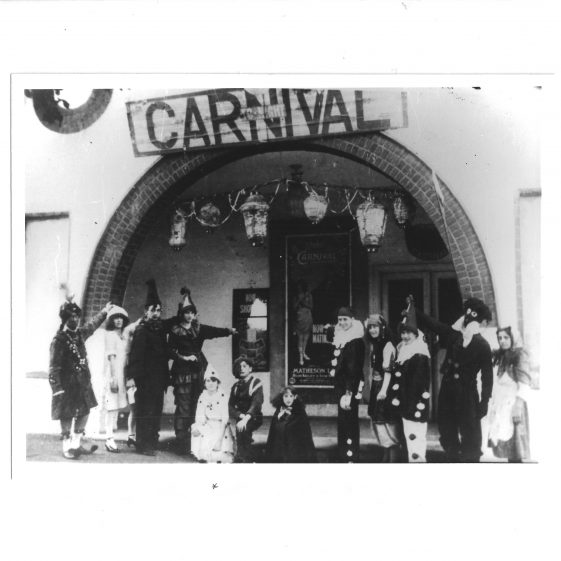 Winnie Read, fifth from the left in this 'stunt' to advertise the film Carnival at the Victoria (White Palace) cinema, Leyton Road, c.1908
LHS archives - photos donated by Win Read 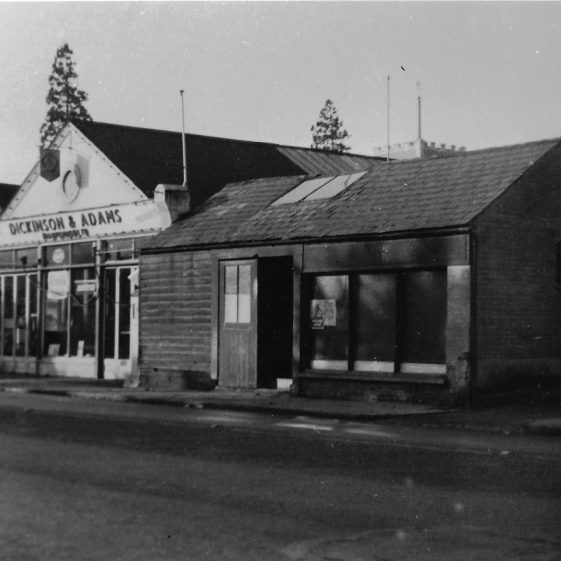 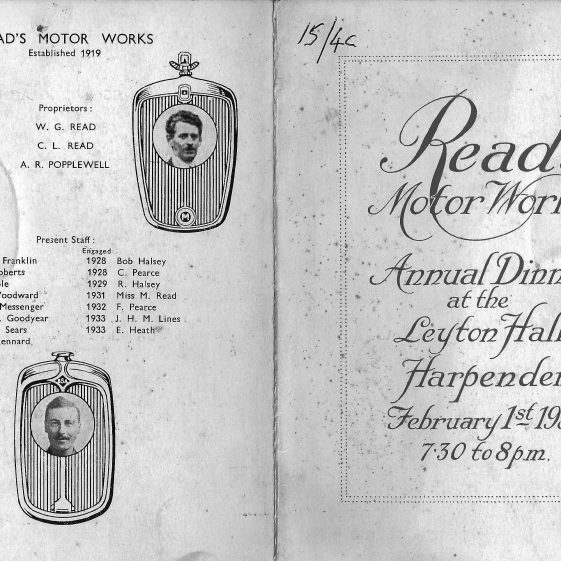 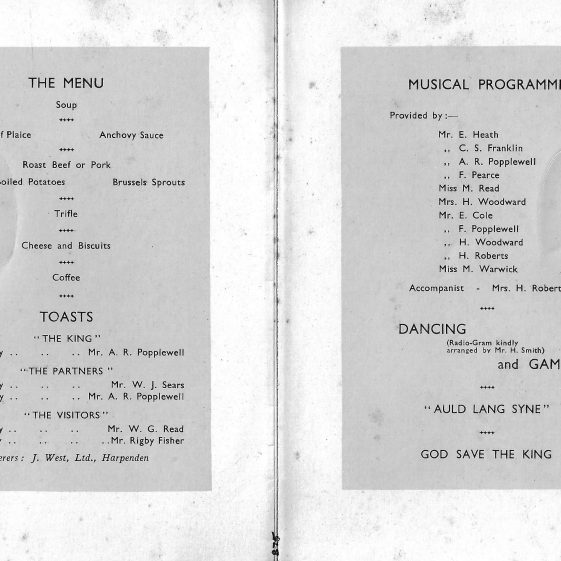 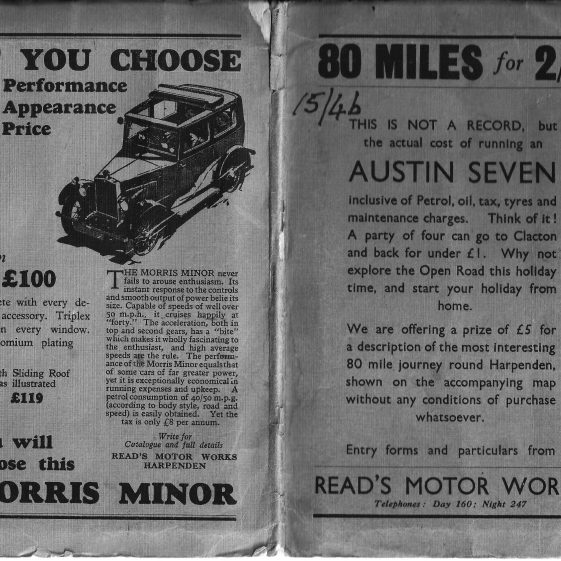 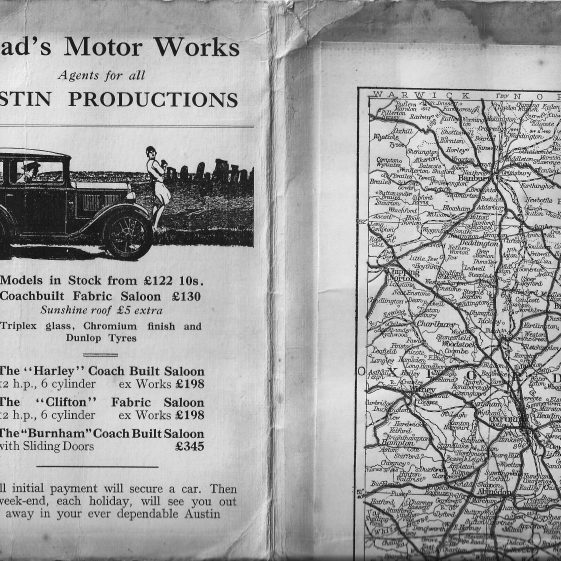 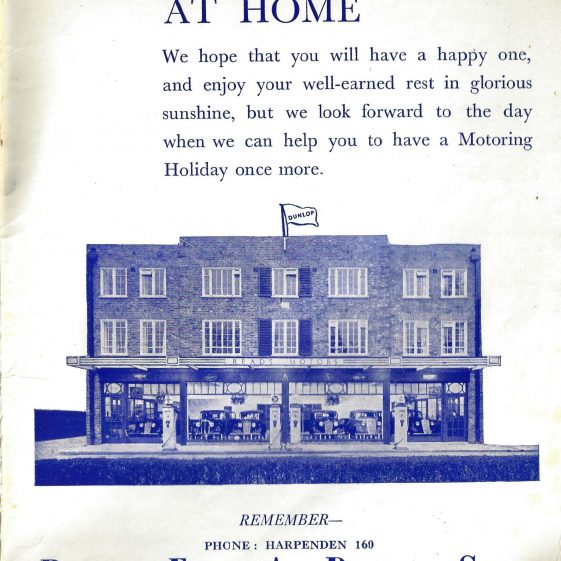 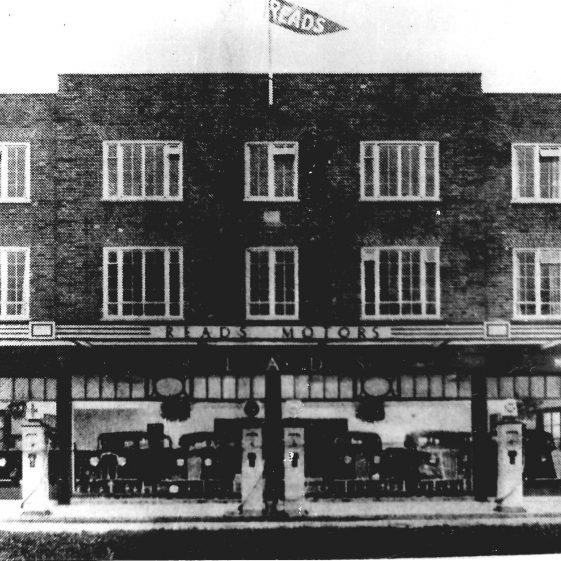 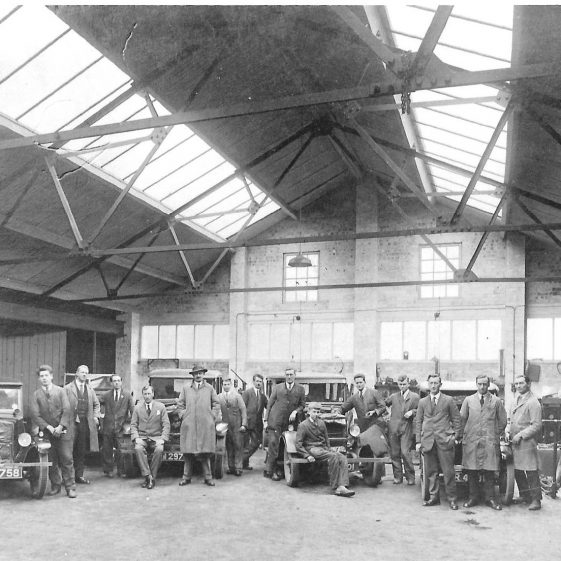 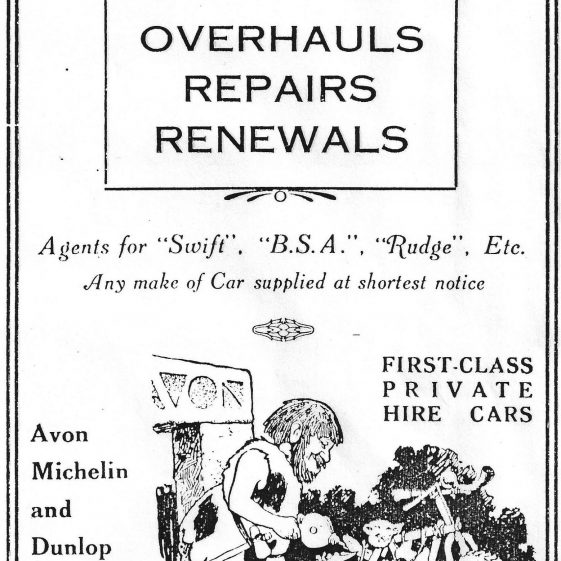 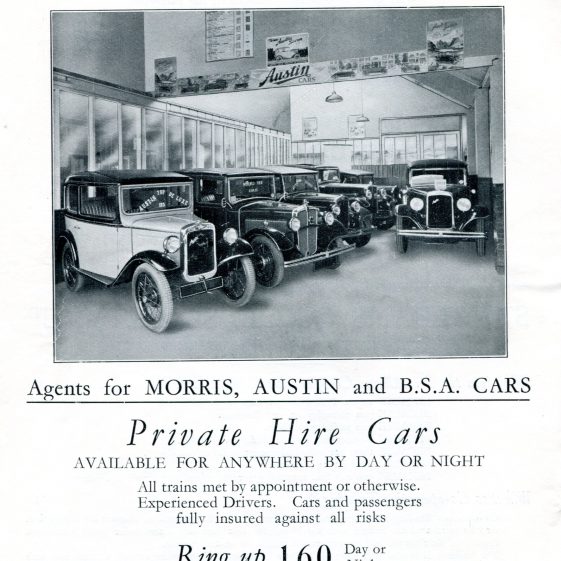 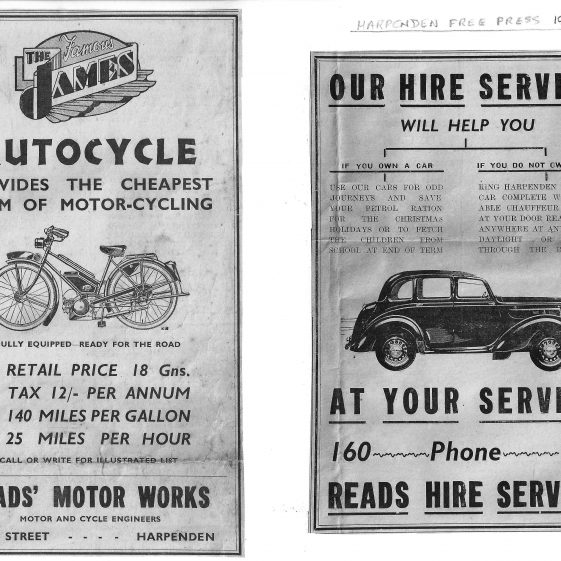 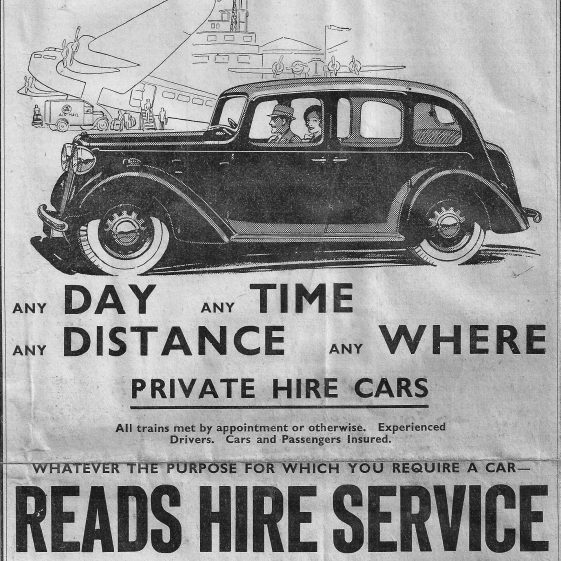