One of the first shops

This cottage stood close to the village pond on the east side of the High Street. It was one of the early shops in the village and was probably constructed in the early part of the 19th Century.

It was demolished in 1938, after Bowers Parade was built in front of Bowers House in 1936. Following its demolition, Reads Motor showroom was built as a northern extension to Bowers Parade and in 2009 this site housed Oui, Ladbrokes and recently Keech Cottage charity shop. 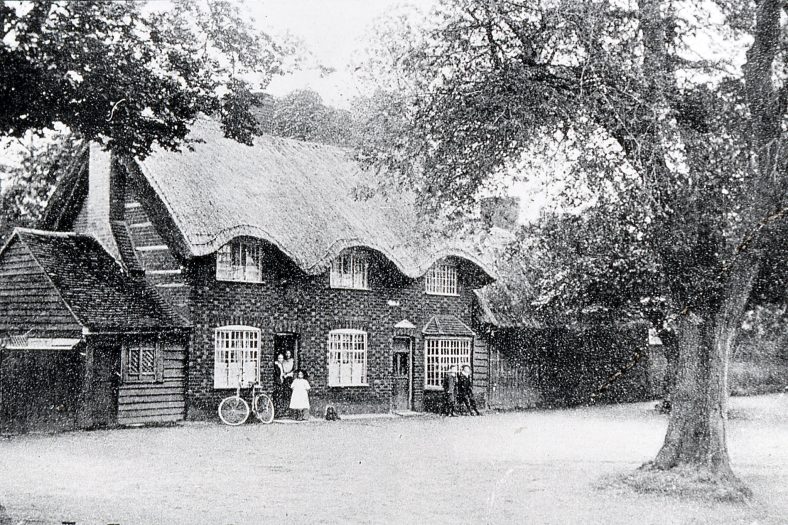 zoom
This thatched cottage just north of Bowers House appears in many photos of the Cock Pond - Credit LHS DS-B 1.8