Founders of garage and timber businesses 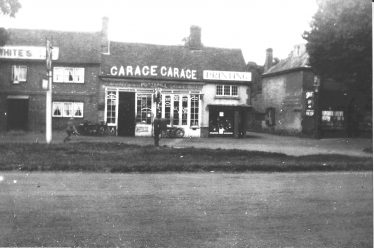 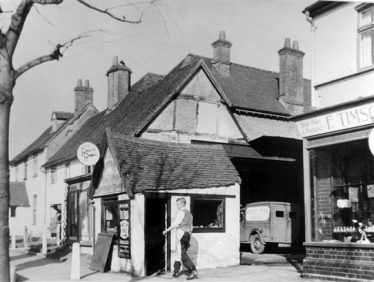 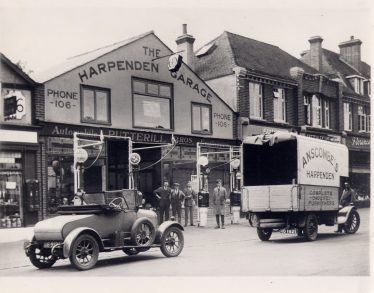 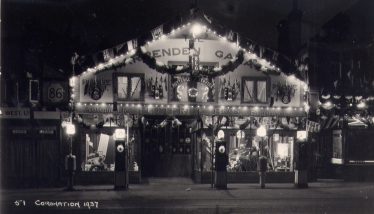 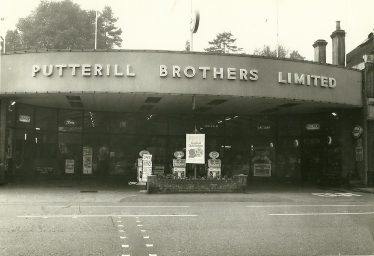 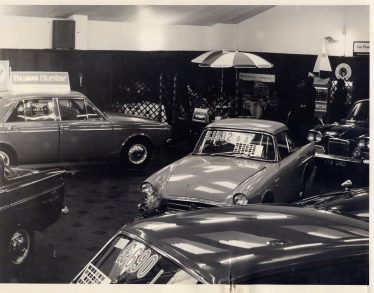 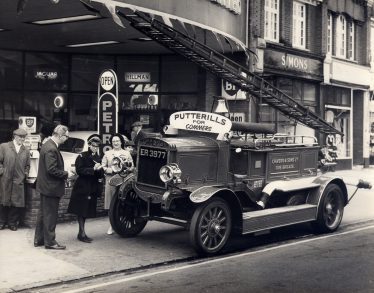 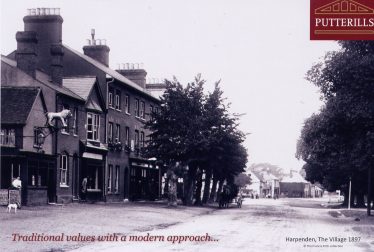 zoom
Putterills Estate Agents - advertising a view in 1897 of the site of their office at 42 High Street.
Putterills, March 2013

Arthur Thomas Hunt Putterill (1856-1946) came to Harpenden in 1884 and was one of the first members of the Harpenden Corps of the Salvation Army when it was formed a year later – starting a long family association. He lived in Cravells Road and worked as a joiner. For many years from 1901 until 1912 he was a member of Harpenden Urban District Council.

His elder son, Charles Frederick Putterill (1885-1970), known locally as Fred, followed in his father’s footsteps by being a very active member of the Salvation Army and founded the Band in 1912. He too served on the Urban District Council – from 1930-1963 – and was Chairman four times.  He was elected to Hertfordshire County Council in 1945, became Vice Chairman in the early 1950s and subsequently a County Alderman. He also served the community in many other ways – as the first chairman of The Harpenden Building Society and on the board of The Harpenden Water Company. He was also founder President of the Rotary Club and was connected, amongst other local clubs and societies, with the Harpenden Common Golf Club (as was his brother Arthur who was Club captain on three occasions) and the Wednesday Cricket Club. Jim Putterill has maintained the love of golf and in 2014 published Boring for Britain, a personal history of Harpenden and Harpenden Common Golf Club.

After the First World War Fred and his brother, Arthur (1890-1962), opened the first ‘automobile engineers’ in Harpenden, adjacent to the Cross Keys pub. They subsequently placed the first petrol pump in Hertfordshire on the green opposite. Before that petrol had only been sold in cans!

Fred was connected with this until 1925, when he left it to concentrate on a Timber Merchants Business – C F Putterill Timber Merchants – which he had started in 1920, on the south side of Thompsons Close (now Sainsbury’s car-park). He had earlier been an apprenticed carpenter-joiner and had served during the First World War constructing portable field operating theatres just behind the lines. When Bowers House was sold in about 1936, he purchased part of that property and he and his wife Gladys built Bowers End, ‘a character home’, opposite the Thompson’s Close yard. His business flourished after the Second World War and expanded on Grove Road and on the Southdown Industrial estate. Bowers End contained panelling made by his father. This panelling was later installed in his son Jim’s house in Kensworth after Bowers End and the timber yard were sold to Jarvis. Bowers End was demolished and the site was developed as the luxury flats known as The Putterills in the 1990s.

Arthur’s garage business, occupied successively three different small premises in the High Street, starting at a site on the corner of Thompson’s Close (37 High Street), and while there Harpenden’s first petrol pump was installed on the green opposite the Cross Keys. The first garage workshop was at 63 High Street. From 1928 to 1978 the garage business – Putterill Brothers (The Harpenden Garage) – was carried on the other side of the road at 86 High Street. Arthur’s son Ron had followed him into the business, having served an apprenticeship as an automotive engineer with Henlys. The bow-fronted timber-framed canopy to the garage showroom was erected one Sunday morning in the early 1960s, bringing Harpenden High Street to a standstill for several hours.** These premises and the workshop at 63 High Street, which was taken on in 1955 were sold in the late 1970s to Charles Wilson Plant Hire, when Ron Putterill retired to the Isle of Man.

Ron’s son Tony joined Stimpson, Lock and Vince in St Albans as a trainee surveyor at the age of 18, having been strongly dissuaded from going into the motor trade. He was turned down when he applied to transfer to their Harpenden office – but subsequently that same office became one of the many branches of Putterills Estate Agents – one of the leading independent family run estate agents companies in Hertfordshire.

* Adapted from an article was first published in Harpenden People by Cornelia Clutterbuck (LHS archives BF 9/7), which was the basis of an exhibition she organised on 7 March 1987 about the people associated with roads or buildings named after them. Additional material from Putterill’s Family History in ‘The Essential Guide to Harpenden’, undated c.2000, as an advertising feature for Putterill’s Estate Agents, 42 High Street (LHS archives BF 15.11k) and some amendments suggested by Jim Putterill in 2015.

**   Andy Wheele contacted the website in December 2012, to see if we would be interested in photos of Putterill’s garage, taken by his father. He wrote:

“I have not found a family link to this garage. However we lived in Old Welwyn in the 70’s, and my father worked as engineering manager for the GPO telecoms north London area based in Barnet. Here he started a photography club, where these may originated from.

Your history society group is the best place for these – I know how important it is to keep these records. While in Welwyn my father started a history society*** that would record each year of Welwyn in film, which was shown at a town council meeting once a year increasing the attendance by many!