When the High Street Brewery closed in 1920, the buildings were taken over by a sportswear firm called Waverley Mills.  In May 1987 Miss J Lawrence wrote to the Harpenden Herald with her memories. 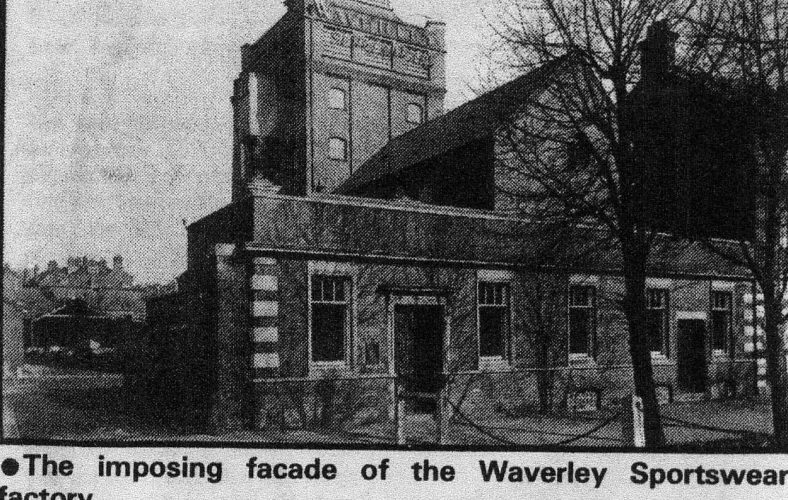 “Having read your report of the Waverley Mills, I think with the help of some of our workmates of long ago we can add a little more to the story.

I think I commenced work there the first day of employment for Juniors, in January 1920. We produced men’s sportswear, woollen cardigans, waistcoats, slipovers, golf hose and flashes.

The wool was brought in bales and wound on the wooden bobbins by a machine. There were flat machines, jacquard, circular and linking for joining materials together. Those were in the knitting room. 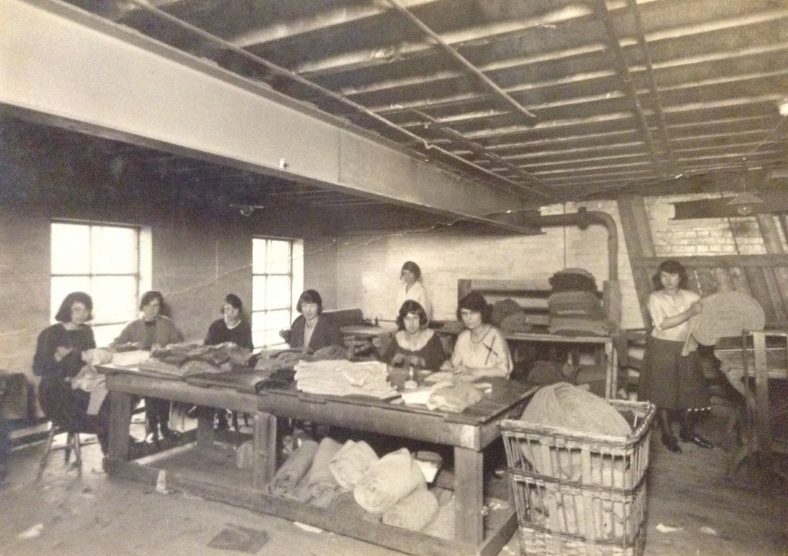 Inside Waverley Mills about 1920. The girl marked with a cross is Kimberley Beckwith. Credit: David Richardson

In the sewing machine room, were flat, overlock, hemming, binding, flatlock and button hole. The waistcoat fronts were cut out from the circular knitted fabric, pockets inserted and backs joined on and binding put around for hand sewing and button holes.

We did work for Meakers, Austin Read etc.  Some of the material was brushed in a teasel brushing machine or wire one.

There were about 40 employees and Miss J Childs, Miss A Dunkley and Miss Myers were in charge of each department, Miss Myers being in the invisible mending room.

From the large windows we saw the Jarrow Marchers pass and the White House pulled down for the High Street church which we saw being built.”

The firm transferred to new premises at Leyton Green in 1936 in the old White Palace cinema building (Strada restaurant in 2012/13 and The Giggling Squid in 2019). The Mills building was demolished, to be replaced by shops, Woolworths (then Argos, and in 2013 Harpenden Public Library), Boots and Sainsburys (before Sainsburys moved to the site of Broadway Hall covered market, and Boots expanded).