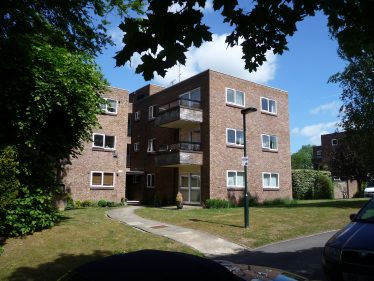 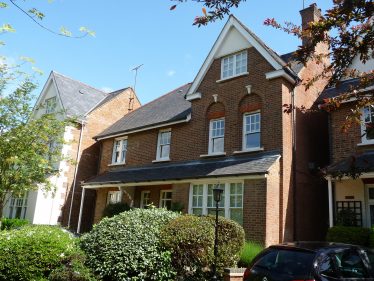 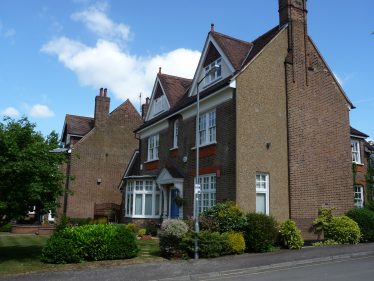 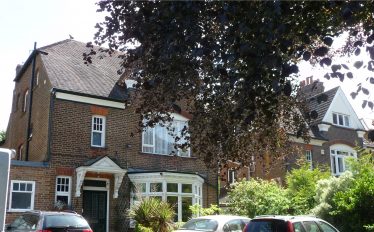 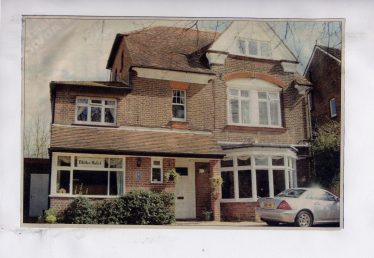 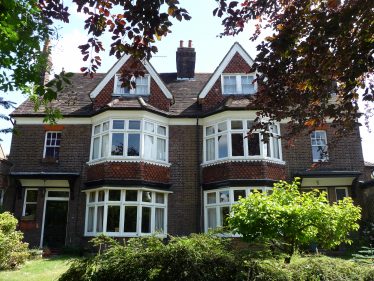 The information is obtained from Kelly’s Directories 1901-74

No.3 in 1901 was called St Ives, but there was also the office of the Harpenden Water Co.  It then became Milton Lodge, and was occupied by the world-famous statistician Ronald Fisher from 1923-1956.

Nos 1 and 3 were demolished in 1982 to provide access to two blocks of flats at Stakers Court.

No. 5 in 1901 was the office of C.J. Williams, Coal Merchant, but the office moved to Station Approach, and Williams was described as “coal, coke and salt merchant and goods carting agent”.  By 1906 it was residential, known as Maytrees. In 1954 it was occupied by local GP Dr. K Hester.

No.7 was called Cumberland Lodge, and then Wyndcroft. In 1949 Miss Olga Walters ran a secretarial bureau.

No.9 in 1901 was called Oriel House, School for Young Ladies, which had been run by Mrs Emily Kaye since at least 1891 (according to the census return), while Prof Kaye was a professor of music. Previously they had run the Music School at The Pollards, 41 High Street. Nol 9 later became Brookroyd.

No.11 was called Lindale, in 1901 the home of Rev. Stuart, senior curate of St Nicholas Church. It was later the home of the Blindell family, proprietors of shoe shops in Harpenden and St Albans.

No.13 was called Sunnyside.  In the 1930s it belonged to Hans Kalmus, the famous geneticist, who gave lodgings to many Rothamsted scientists until the 1980s.  Prof. Kalmus was a refugee from Czechoslovakia who worked at University College London, and wrote a popular Pelican Book on genetics.  His son George also became a professor.

No.15 was called Kobe Villa, then Wrington, and finally Nunclose.

No.17 was called Salisbury Villa, then Chilcombe.  Nos. 5-17 were redeveloped in 1997 as flats, with frontages resembling the former houses.  Three blocks behind were named Poets Court.

No. 21 was called Homeleigh, and its best known resident was the Comte de Voilement, the alias of Count Esterhazy, the villain of the 1902 Dreyfus Affair. In 1949 it was the home of Miss Muriel Herring, piano teacher.

No. 25 was called Salcombe House, and later Gladsmuir*. In 1949 it was the home of Methodist minister, Rev J. Fletcher. In 1967 it was taken over by Mrs Otley and it became the Milton Hotel. The hotel closed in the 1990s and the house became a private residence once more. * see Comment below