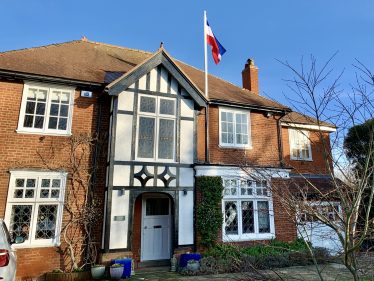 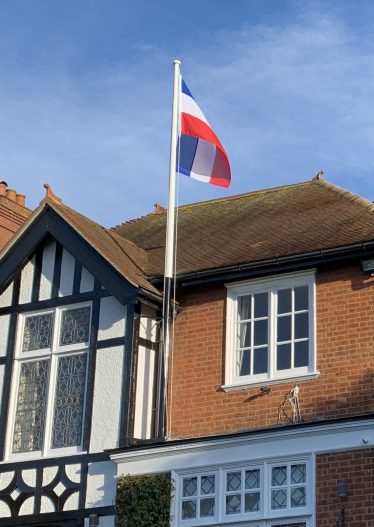 Any Dutch national travelling along Milton Road on 6th January 2021 may have been offended to observe what appeared to be the flag of the Netherlands flying upside-down from the flagpole at No. 53. No insult was intended, as this was the historic flag of the Royal Kingdom of Yugoslavia flying once again from the house that was occupied by the Embassy of Yugoslavia from 1941 to 1944.

The original 20 foot flagpole, erected by the Embassy at 53 Milton Road in 1941, lasted for almost 80 years until its top section blew down in the gales of January 2019.  The current owner commissioned the manufacture of a new flagpole in laminated Columbian Pine by the craftsmen of Freeland Yacht Spars of Dorchester-on-Thames, and local firm Birch Engineering of Great Amwell generously donated a stainless-steel mounting pin.

The new flagpole was erected in October 2020, and the flag of the old Kingdom of Yugoslavia was flown once again on 6th January 2021 to mark the birth of the Kingdom on this day in 1929.