The Development of Milton Road

In 1884, Upper Top Street Farm (The Granary) and its land were advertised for auction – and in 1885 a similar auction brochure highlighted the desirability of the estate: 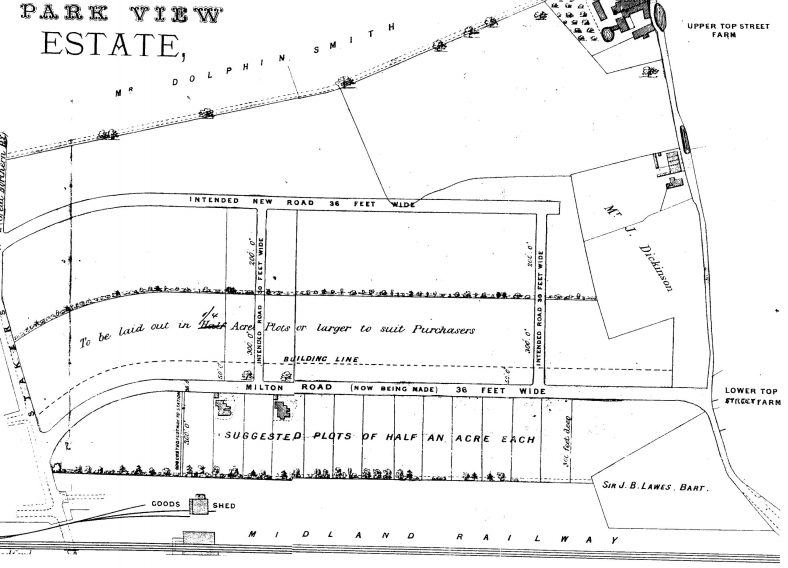 Proposed layout of plots on the west side of Milton Road, 1884

“The Auctioneers beg to call special attention to the Land comprised in this Sale.  All the Plots being well situated and having extensive views over a charming country, they are adapted for the erection of VILLA RESIDENCES AND GOOD COTTAGES, both of which are in great demand in this favourite village

Milton Road, along with Cowper Road, was laid out in the 1880s on land east of the Midland railway station.  It was called the Park View Estate and plots were advertised for development on either side.  A row of trees marks the boundary between Milton Road plots and Cowper Road to the East, and along the railway land to the West. 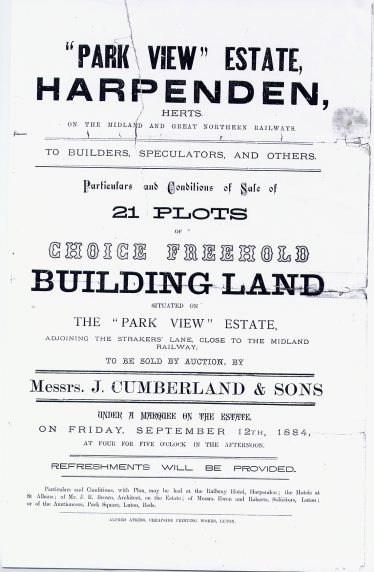 In 1901 Milton Road consisted of large Victorian houses with extensive gardens. The various changes of ownership and house names are recorded in Kelly’s Directories from 1901 to 1974, copies of which are stored in Harpenden Public Library.  House numbers were introduced in 1926-8.  By 1964 several houses were empty, and developers began clearing the plots and building blocks of flats.  So compared with 36 addresses in 1901, by 2011 there were 360 addresses in the same street.

The original owners were mainly from the professional classes, including lawyers, doctors, clergymen, Rothamsted scientists, teachers and musicians.

The development was only as far as Spenser Road at first, the plots towards Crabtree Lane being developed around 1910.  At times there were offices, a school, a hotel, and a laboratory.  In the 1980s there was a hostel run by Anglican nuns.  Famous residents included the French exile Esterhazy, known as the Count de Voilement; Lord Hill, the Radio Doctor and BMA chairman; and Ronald Fisher, the Rothamsted statistician, among others. 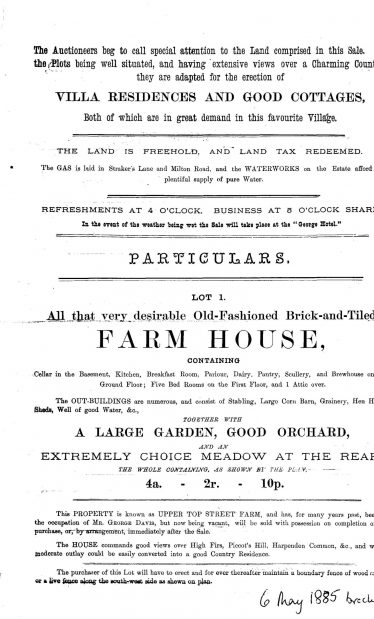 The first blocks of flats were architecturally undistinguished, but the latest development in 1997, of Nos 5-17, was required to retain the frontages in the original style, with three blocks at the back known as Poets Court.