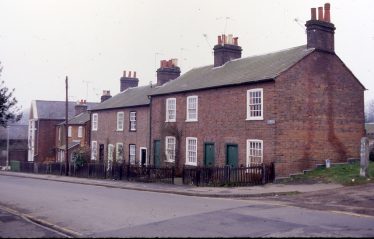 This list started from a transcription by Barbara Cotton from research records kept by her late husband Simon Cotton in the 1980s, with reference to “The Place-Names of Hertfordshire (PNH) & Workers Educational Association/History Publishing Society booklets 1973-91 (HPH)”.  Current road names are highlighted in bold.

There is scope for additions and corrections to this page!  Please add information in Comments -or contact us with information which can be incorporated into the list in due course.  *Roads added from Comments received are marked with an asterisk*

The choice of road names by developers and approved by the local planning authority is not always explained – but it is interesting to know what lies behind the choices made.

AMENBURY LANE: Also known as Freeman’s Lane: ‘there used to be at the top of the lane a man named Freeman who was clerk at the church before Mr Griffkins. He said “Amen” (loudly/before anyone else) in church, and some people called it Freeman’s Lane and some Amen Lane’. Now it has become Amenbury Lane.  It was also known as Bruton’s Lane and Hay Lane.  Shown on the plan for the sale of the St Nicholas Estate 1897 as Park Lane; but on the the sale particulars (Holyoak) 1886, as Crouch Lane, otherwise Amenbury Lane. (vide NL 45) *See Comment below dated 10/12/2013 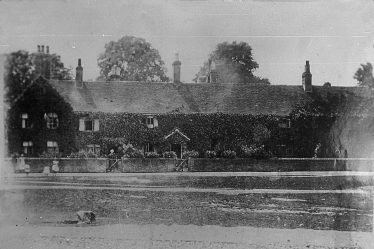 *BALFOUR COURT: Named after Balfour Beatty the developer, NOT the politician.*See Comment below dated 17/10/2020

BEECHING CLOSE: Dr Beeching was the chairman of British Railways who made major cuts in the railway system in the 1960s. Beeching Close is built on land previously used for the Great Northern Line through Harpenden. 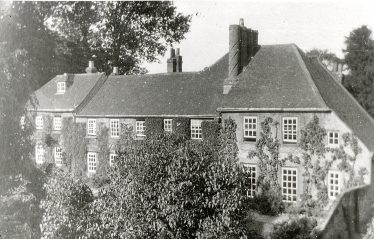 CARLTON ROAD: Named after Carlton-on-Trent, the home town of the developer. (Jane Meiklejohn to SAC 1978)

CARPENDERS CLOSE: The Carpenters were an important yeoman family holding land at Kinsbourne Green from the 15th century. (HPH p.70-2)

COLES LANE: Belgic trackway running from the Lea up Coles Lane/Dark Lane to the Ver near Redbournbury (HPH p15)

CRABTREE LANE: Edwin Grey’s book Cottage Life In a Hertfordshire Village explains how Crabtree Lane got its name. There used to be a pond at the entrance to Crabtree Lane with a large crab apple tree overhanging it. *From Comments below dated 04/06/2014 and 05/08/2014

CROFTWELL: Was to have been named Wellcroft after a local field but because of the risk of confusion with Dellcroft the order of the two was reversed.

CROSS STREET (not ROAD): Name of road from Heath Road into heart of Bowling Alley, demolished in late 1950s.

DEVONSHIRE ROAD: Name used on plan for the sale of St Nicholas estate 1897 for the road now known as Longcroft Avenue. Presumably dropped because of the ‘other’ DEVONSHIRE ROAD running into Cornwall Road.

DOUGLAS ROAD: Named after the developer Douglas Willmot, a member of the an old Harpenden family who later moved to Westcliffe-on-Sea. (Colin Curl – Forum no 21)

GILPIN GREEN: A happy choice for the extension to Cowper Road – see https://en.wikipedia.org/wiki/The_Diverting_History_of_John_Gilpin

GRAFTON ROAD: Shown on the plan for the 1897 sale of the St Nicholas Estate as the name for the road parallel to – and above – Maple Road. Presumably named after the Duke of Grafton.

GRANBY AVENUE: The Marquis of Granby pub is at the bottom of Crabtree Lane.

GRANT GARDENS: Named after the after Cecil Grant the founder of St George’s School.

GROVE ROAD: Named after The Grove, on the borders of Harpenden and Wheathampstead parishes – Richard ate Grove 1272 PNH

HALDEN LANE: Shown on Mansell’s field map of the Rothamsted Estate 1623. The road is described as leading from Harpenden to Harpenden Burye and shown as skirting Sawyers and Whitlocks fields.  Original map is in Hertfordshire County Record Office (D/ELW P1) A copy by Ruth Haines appears on p 46 of New Men and a New Society (HPH). Route corresponds to Townsend Lane.

HAMMONDSEND: A Thomas Hamond appeared in the Assize Rolls for 1287 HPH

HARDING PARADE: Named after R.G.Harding, auctioneer (Authy: Ronald Gregory in ‘The Harpenden I Remember before 1914’ p.4), when 1 Arden Road was demolished and parade of shops built in 1963.

HATCHING GREEN: Was Hatchen End 1610 and was the home of John ate Hacche (PNH)

HOLCROFT ROAD: Holcroft Spring is Holcroft 1379 (spring is a copse in Middle English)

JAMESON ROAD: First appears on the map in 1898, three years after the Jameson Raid.

*LEA Road: Probably because of proximity to River Lea. *See Comment below dated 03/07/2013

LINDEN ROAD: Name shown on the plan for sale of St Nicholas Estate 1897 for the beginning of Park Avenue South

LONG BUFTLERS: Thought to be a mis-spelling of a field called Bustlers (the long S went out of use before 1810).

LONGFIELD ROAD: 1784 Named because of the shape of the field. HPH

LONGCROFT AVENUE : See Devonshire Road, which was the name given on the 1897 plan for the sale of the St Nicholas estate.

MANLAND: Was Mandilon in 1306, possible that this land provided the Maundy dole distributed to the poor on Maundy Thursday PNH

MUD LANE: a track from Three Horseshoes pub, Bamville Farm on East Common to Ayres End Lane. Was Sears Lane, so-called because the farmer at Bamville Farm was John Sears, head of a well-known Harpenden family. His son John was Common Keeper for many years, and another son, William was a butcher in the village. (from Harpenden Free Press, 8 June 1951).

*NOKE SHOT: the name of a long (strip) field on Pickford Common, probably containing an Oak tree, before it was developed as part of the Batford housing estate. *See Comment below dated 11/12/2012

OX LANE: Mentioned in the will of Thomas Nicholas of Harpenden 28 Dec 1598

PARK LANE: Name given to Amenbury Lane on the plan for the sale of St Nicholas Estate in 1897

*ROUNDFIELD AVENUE:  John Olley tells us that there was a round or oval field nearby. *See Comment below dated 17/02/2018

*SHAKESPEARE ROAD: Named after the celebrated poet and dramatist. *See Comment below dated 05/07/2016

SHEPHERDS WAY: The Shepherds feature in records from 1634 onwards. (Story of Harpenden p.10)

SIBLEY AVENUE: There are references to Sibleys at least as early as 1623 (HPH Appx3 vii)

SOUTHDOWN ROAD: was WHEATHAMPSTEAD ROAD until 1923.

STAKERS LANE: See Station Road. Henry Staker was a brickmaker in 1724 (HPH p.172).  It seems that Staker’s Lane, unlike Station Road, ran up the track behind Carlton Bank, because the sale of the Carlton Bank properties described them as being between Station Road and Stakers Lane. (Authy: Cornelia Clutterbuck 30.11.86)

STEWART ROAD: Sir Halley Stewart lived in the Red House at the end of the road. He offered it to Harpenden in 1938. (Story of Harpenden p.321) 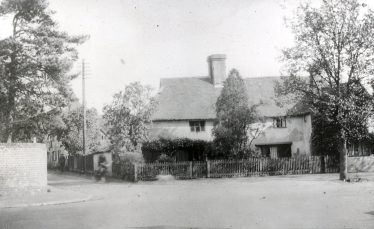 SYMINGTON STREET: In response to a petition from residence in the road the Council agreed that the street should be incorporated with Park Mount.  (Herts Advertiser 16.09.38)

TYLERS: “Named after our building manager” (E. Perrott of Royce in a letter to Simon Cotton 31.03.78)

VINEGAR LANE: Nickname for Thompson’s Close. There are various explanations: a) smell from the brewery in Lower High Street;  b) character of the shopkeeper at the general store.

WELLCROFT: Was changed to CROFTWELL in 1962 in order to avoid confusion with DELLCROFT

*WELLS CLOSE – built on the site of Ridge House in the 1960s by Leonard Green. He wasn’t sure what to call the development and suggested his staff put their names in a hat and he would pick one out. Barbara Wells, a secretary at the firm, had her name pulled out, hence “Wells Close”. *See Comment below dated 22/01/2018

WESTFIELD ROAD: At one time known as Kimpton Road (q.v.) Westfield 1390 PNH.  It was the westernmost of Westminster Abbey’s open fields in the Lea valley, even though it is in the north-east corner of Harpenden parish. (HPH)

WILLOUGHBY ROAD: The name of a curate at All Saints Church, Coldharbour Lane, who died ‘rather suddenly’ in 1919 (C.W.Curl Forum no.21)

WINDMILL LANE: Former name (unofficial?) of Thrales End Lane where there was a windmill. (Flora Humm 22.11.87)

Compiled by Simon Cotton 1980s – with later additions and corrections.