MacDonald’s Nursery business started on the land to the east of Breadcroft Lane, where Breadcroft Mews and Croft Court were built in the 1970s, at what would be 56 Station Road.  Mr MacDonald and his sons started as ‘ordinary nurserymen’, according to Frank Wibberley’s reminiscences (1979), but they made a speciality of improving the quality of turf used on golf-courses, and they expanded and moved to 29 Station Road, the nursery still being known as Croft Nursery.  The large level plot up to the boundary of Granary Lane was laid out as turf beds – now occupied by Kipling Way.  The brothers became nationally known, exhibiting at Royal Horticultural Shows.  They were proud royalists, decorating their house for the Silver Jubilee in 1935. 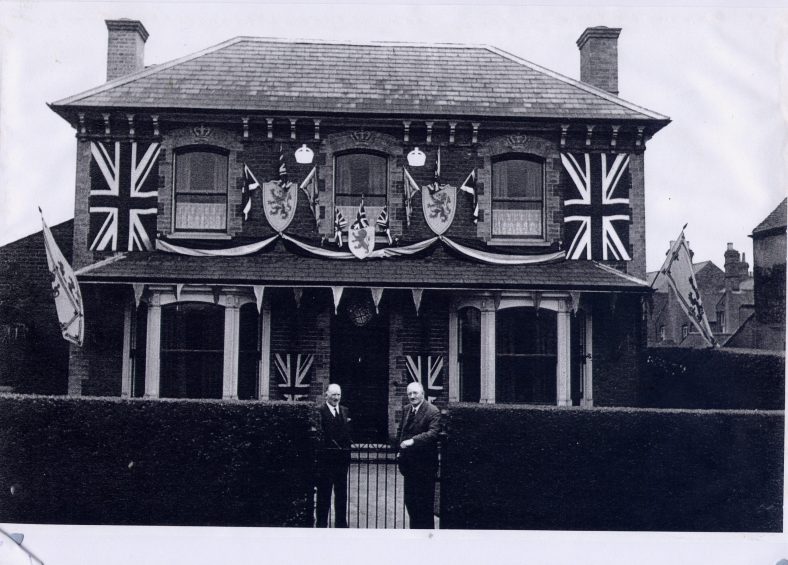 zoom
The MacDonald brothers at the gate of 29 Station Road, decorated for the Silver Jubilee in 1935
LHS archives 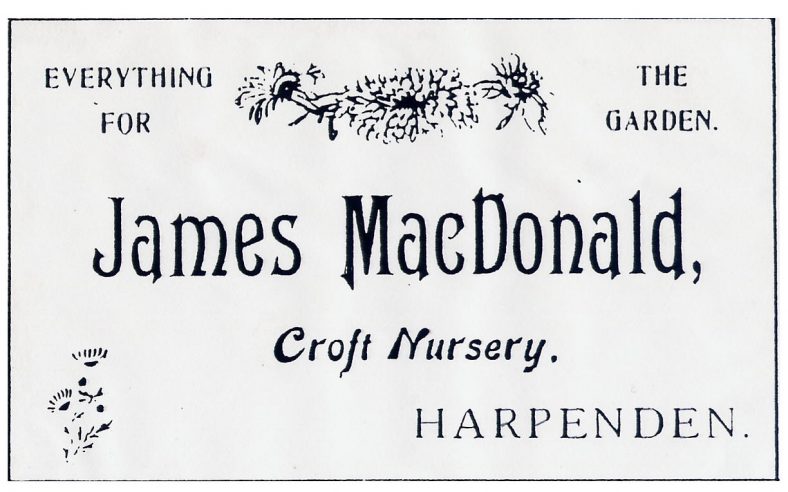 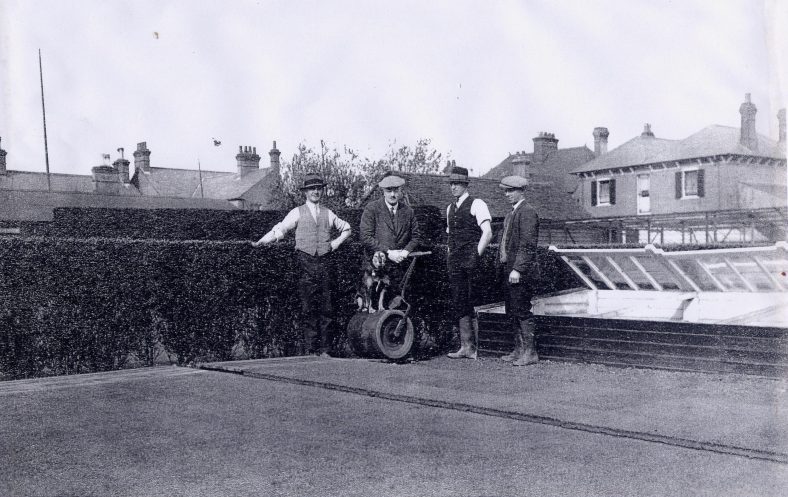 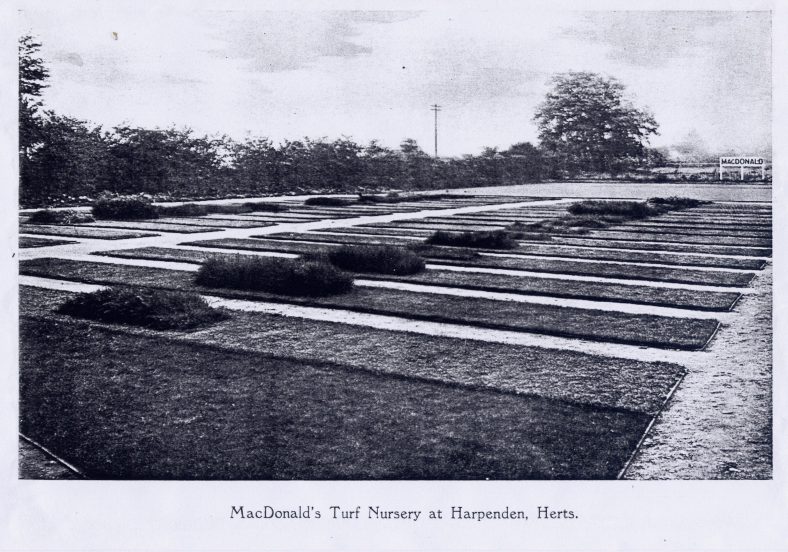 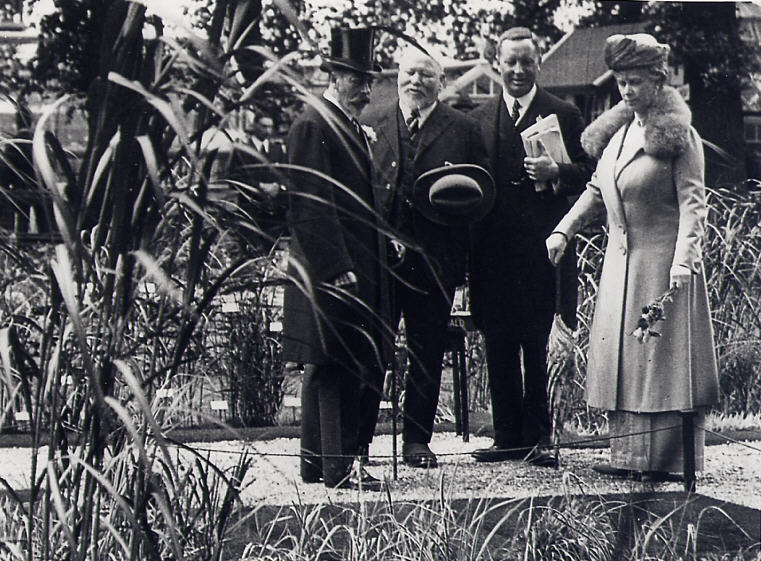