This article was first published in Newsletter 97, September 2005, p.19 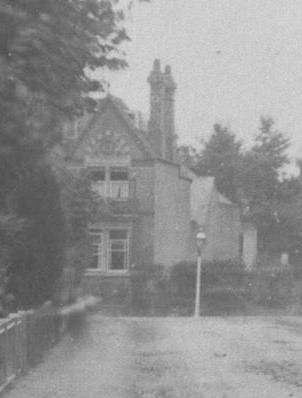 Walk to the top of the hill from the Village, up Station Road, on the left, opposite Cowper Road, and you will come to “Kinloch Court”.

Go back a hundred or so years and you will be looking at a large Victorian house, double-fronted with large bay windows both upstairs and down, built less than twenty years earlier, before Stakers Lane had been officially renamed Station Road.

Erected by William Sparrow for his wife Elizabeth and their six children (and one servant) it was named “Irene” (house numbering not coming into effect until 1923 when it became No. 70).  To accommodate his business of builder and general contractor, Mr Sparrow constructed substantial two-stored outbuildings behind his house.

In 1901, one Frederick (also known as Fritz) Horle moved into “Irene” and, the following year, set up a factory in those outbuildings for the manufacture of ink powder. Known as “F Horle & Co., Ink Powder Manufacturers” and later, as “Colour Manufacturers”, he continued its manufacture until the outbreak of the Great War in 1914. From 1903 to 1910 he also had a shop in Station Road, at the Village end next door to the present HSBC Bank (1 High Street), when he described himself as “Horle, Colour Maker and Ink Powder Maker”.

Nothing more is known of Frederick Horle after that – as to where he went and whether he continued to manufacture his products elsewhere.

Writing his memoirs in 1980 (1), Mr J A Wibberley, then 82, recalled that “The product was similar to lamp black and was sold dry to large users of ink such as schools and solicitors.  When mixed with water it made an excellent writing medium; its only faults were that it tended to turn yellow with age, though still readable after many years. Also, when the liquid ink was left standing in the ink wells then in general use, it quickly became a solid mass, difficult to clear from its container.”

What is certain is that the manufacture and use of ink powder continued for many years thereafter, certainly into the 1930s when it was still used in schools.

Frederick Horle appears to have moved out of “Irene” in 1913, though continuing to use the outbuildings as his factory.  The house was renamed “Ardgour” and retained that name until demolished in the late 1970s. In the meantime the house had an unhappy existence. Empty from 1925, in 1936 it became “The Delamere Boarding House” until 1952 when, once more, it became empty.  In 1958, with the aid of a Council grant, it was converted into four controlled-rent flats and these were occupied until the house was demolished, together with its outbuildings, and replaced by the six flats comprising “Kinloch Court”, the first of which was occupied the following year.

(1)  J. Anthony Wibberley contributed his memoirs to the Society’s competition, “I remember … reminiscences of Wheathampstead and Harpenden before 1914”.  He refers to many shops and businesses.  LHS archives, cat.no. BF 20A.3c.

So far, no letterhead or invoice has emerged from our archives. 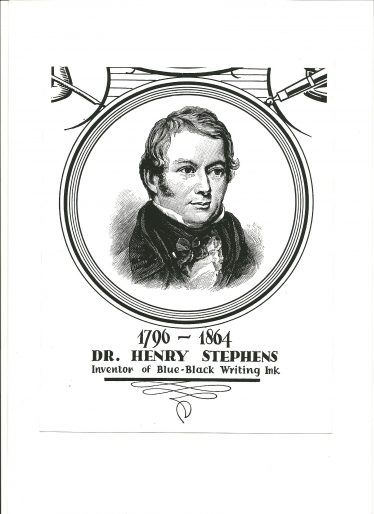 Ed. Note: The manufacture of ink is also associated with Redbourn, through Dr Henry Charles Stephens (1796-1864) – the originator of blue-black ink.  His story is told by Stan Pierpoint in “The unparellel lives of three medical students” (2010) .  See Recent Publications 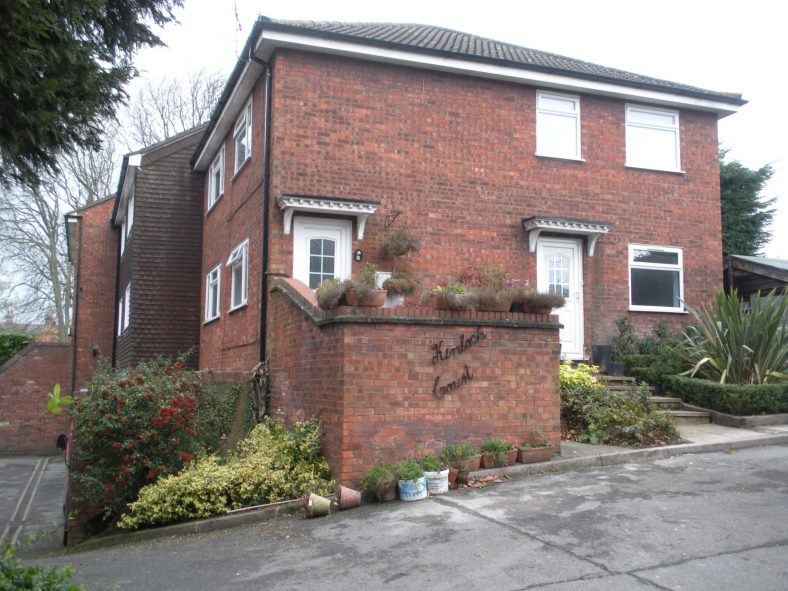 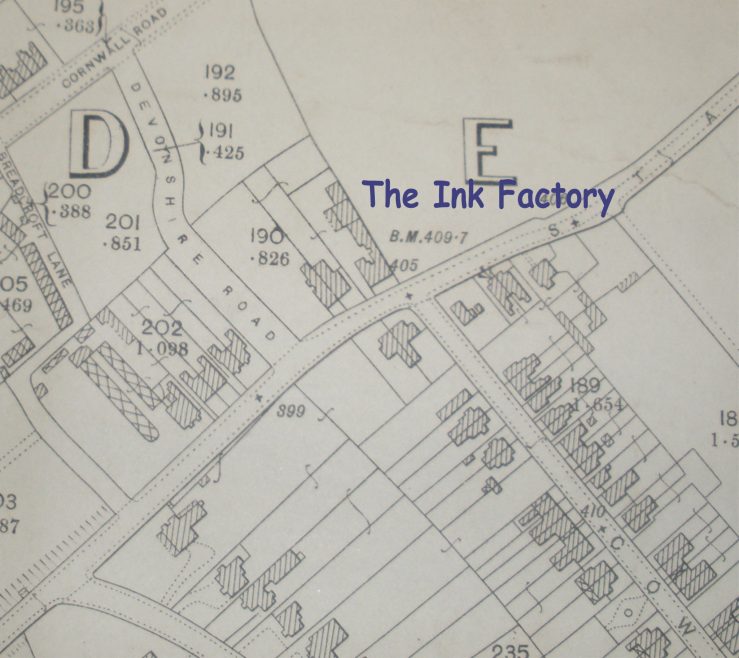 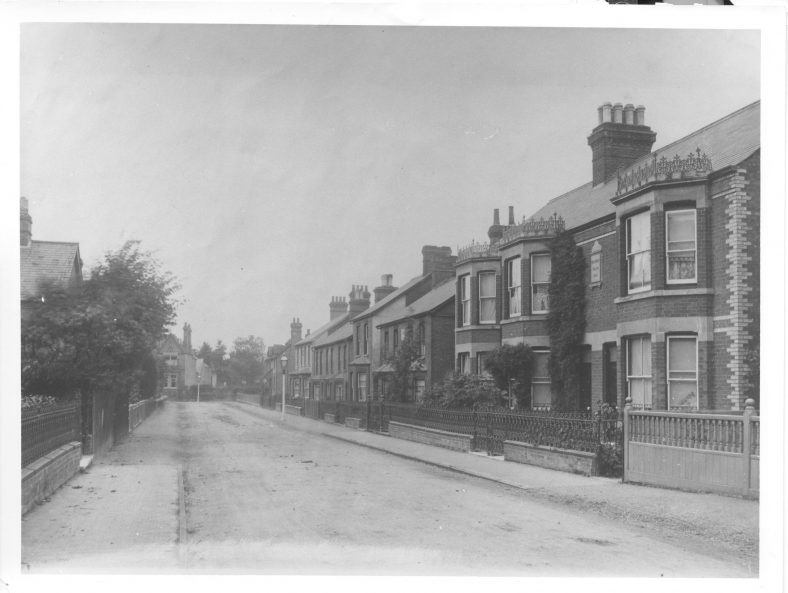 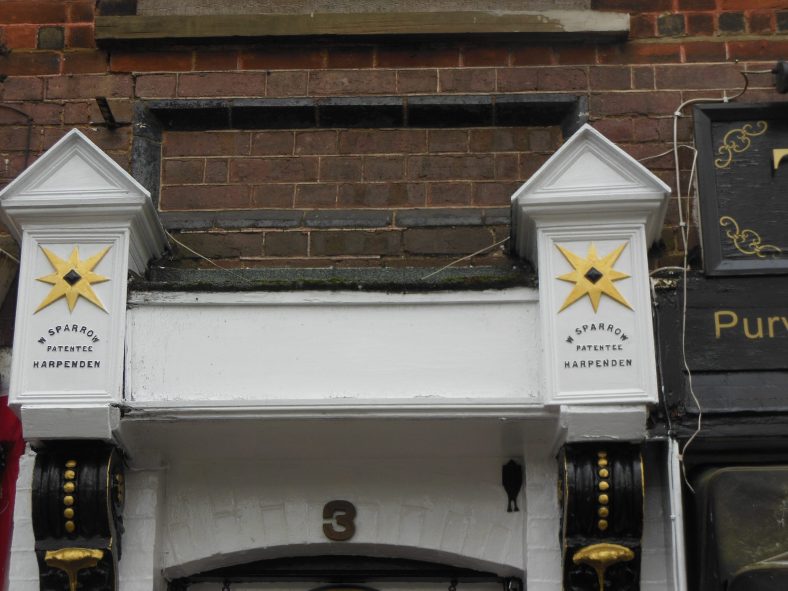