Station Road shops in the 1930s

Summary of talk by Geoffrey Ackroyd 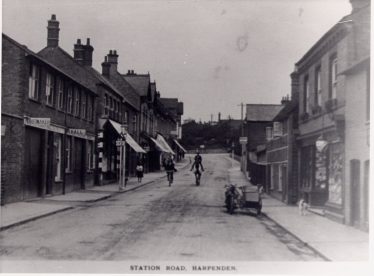 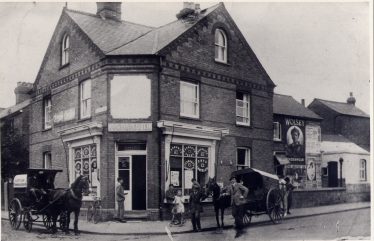 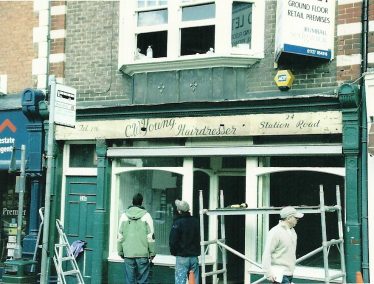 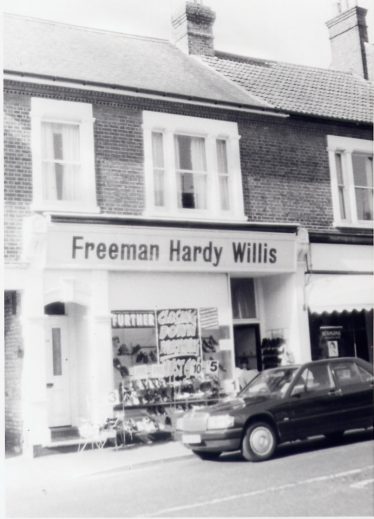 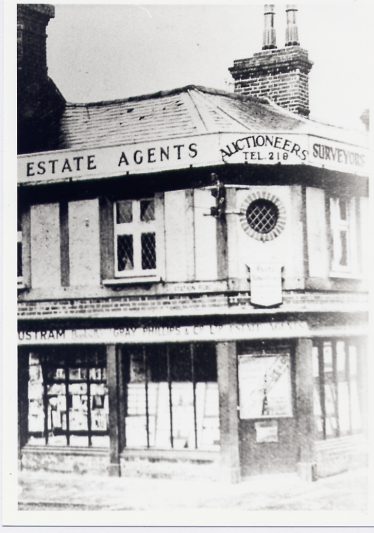 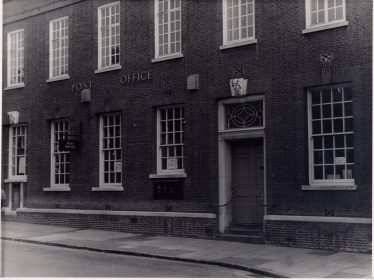 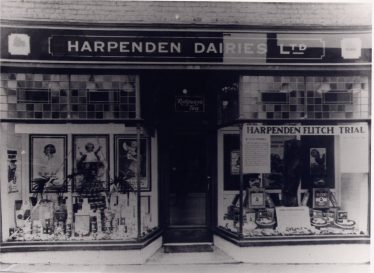 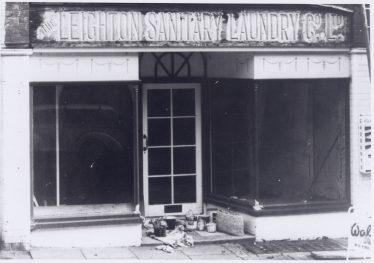 The now rather sedate road of estate agents, a building society, restaurants and hairdressers was once a lively community where people shopped daily for their groceries, bread, meat and vegetables.  It was then the ‘artery’ of Harpenden accommodating the railway station and many different shops.  Most goods in the 1930s went to and from the station by horse and cart – coal in particular.

Mr Ackroyd was born above the bakery at 36 Station Road.  His grandfather who had begun the bakery just before the First World War lived next door.  Between the bakery and the railway was a cobbler’s shop run by Mr Anderson, who started the Harpenden Quoits Club.

Down the hill from Victoria Road

On the corner of what is now Victoria Road, opposite the Ackroyds, was Mr Harding the estate agent who also had a sale-room in Vaughan Road for antiques and furniture.  At 32 Mrs Bartington ran a ladies’ drapery shop; next was Mr Skillman, a gents’ outfitter who often had hunting dress in the window, followed by a pharmacy, run by Mr and Mrs Stevenson.

No 26 was, and still is, Yeomans (Chiffon in 2011), selling ladies’ clothing.  Mr Yeoman was secretary of the Harpenden Bowls Club.  At No.24 was Youngs, a ladies and gents hairdresser followed by Burnhill’s Dry Cleaners – the vents can still be seen above the window – and Mr Gregory, a local preacher, who had a haberdasher’s shop with a window always packed with goods.  He would often take his wares to Redbourn and Wheathampstead.

No. 18 was Freeman Hardy and Willis, the well-known shoe shop run by Miss Matthews who lived above.  Next came a gateway with access to the rear of the St Albans Co-operative Society store (now Harpenden Building Society).  Below this were A H Smith’s baker’s shop; Mr Phillips’ electrical shop and another grocer – Mr Salmon who bought all his goods in bulk and bagged them up himself – sugar, dried lentils, dried fruit, etc.

Next to this was a gateway through to Mr Dunkley’s slaughter-house.  No.8 was Fells & Sons, a greengrocers run by two brothers whose money till, Mr Ackroyd remembered, was a drawer under the counter.

Then there was Mr Clark, a chemist who was very keen on photographic equipment (use unchanged – it is now Topkins pharmacy); Mr Francis the fish monger; Mr O’Dell a greengrocer and fruiterer who had a nursery in Amenbury lane, then another electrician, A H Smith managed by Charlie Brewer.  At  No. 2C Mr Strickland sold flowers and fruit, then there was another survivor, Salveson the Estate agents (now Savills, 2011) and finally at No 2A Claridges and Son – ironmongers, plumbers and decorators.

On the other side of Station Road starting from the High Street was the Railway Hotel (now Harpenden Arms Hotel); Gellow the estate agent and Gray Phillips, auctioneers, now Brading and Harmer (Space Lettings, 2011); Joseph Trustram, newsagent and bookseller (still a newsagent, News4you 2011); Charles Smith, boot maker; the London Meat Company; and Miss Clara Townsend stationer and tobacconist.  After an alleyway was the Head Post Office and sorting office (the Postmaster, Mr C P Carpenter), Harpenden Dairies selling milk from all the local farms; the Harpenden Free Library, and at 15A Miss Coggin’s hat shop.  No.17 was Parcell and Clark, a sweet shop and No.19 the Leighton Buzzard Sanitary Laundry Company.

On the corner of Arden Grove was the home of Dr Lambie the dentist, now replaced by Harding Parade, though the flower-bed alongside remains.  Behind Arden Grove was the goods yard for the LMS railway station and in Station Approach there were three coal merchants – Lockhart, Williams and Brentnall & Cleland.  There were also the National Electrical Services and Frank Thorn, tobacconist.  On the station itself were a Ladies’ waiting room and Gents’ waiting room, an office for goods sent by rail and a kiosk of W H Smith run by Mr Bradbury.  There was great competition in selling newspapers as Mr Trustram (at the bottom of Station Road) sold newspapers outside his shop.  The porter kept the station in good order.  The Station Master’s house was opposite the bakery and Mr Cooper kept a lovely garden.

This was Station Road 70 years ago and as a young boy growing up there Mr Ackroyd knew many of the shopkeepers personally and said that from his earliest days he was interested in all that went on in Station Road.

**   Mr Ackroyd has just published a fuller account of Harpenden from the 1930s onwards: Ackroyds: the Village Baker (October 2011, £14.99) available from New4You, 1a Station Road.