Pre-Roman settlements in the Lea Valley at Batford 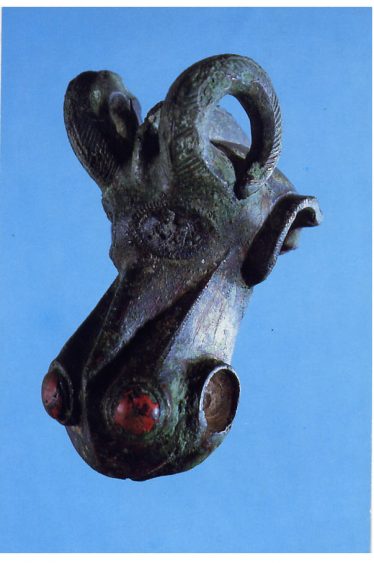 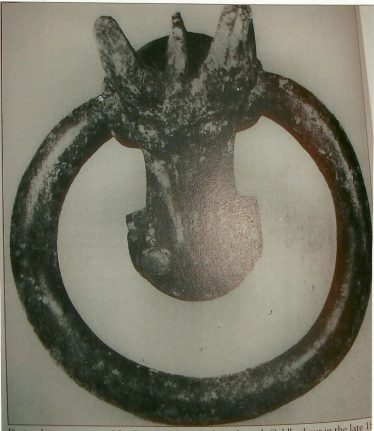 In 1867, a little way south-east of Harpenden station on the Great Northern Railway (now a housing development), workmen found remains of an interment about four feet deep.  The objects recovered included a bronze bowl, remains of at least two vessels which had been turned from Kimmeridge Shale, some corroded metal sheathing from a crumbled wooden bucket and two bronze rings which, together with two spiritedly moulded and partly enamelled rams-head mounts, may have formed the handles of the  ‘bucket’.  These objects were saved by Mr E.O. Williams of Luton and are in Luton Museum, Wardown Park.

According to Vol. 1, The Settlement of Wheathampstead & Harpenden (WEA, see publications), finds like this provide evidence that Belgic farmers settled in the Lea Valley during the first century BC.  There was further evidence (burnt earth) of Belgic occupation at Ashen Grove on the  western slope of the Lea valley north of the National Children’s Home land.  Two roads, connecting the Ver and Lea valleys were probably Belgic trackways, later straightened and improved by the Romans.  One ran from Coldharbour, east of the Lea, to Bylands on Watling Street, Redbourn; the other from Coles Lane/Dark Lane, across Harpenden common to Redbournbury.  Collye Grove, site of the Roman mausoleum on Rothamsted farm, had earlier been occupied by Belgic farmers.