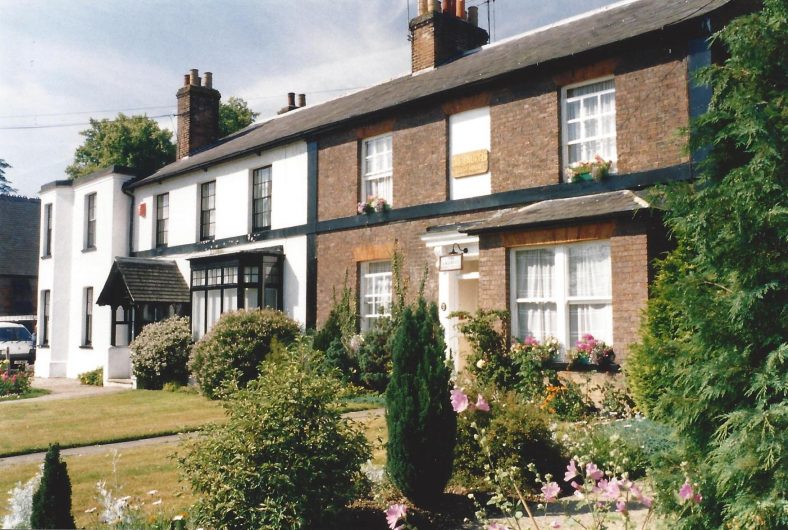 John Wyborn wrote: “A feature of life in 1940s and 1950s was the Laurels Guest House in Leyton Road. It was kept by Miss Hall, a quiet unassuming lady with a small white dog and glasses – I think she had a cast in one eye. She provided a home from home for many young people working away from home in Harpenden. Notable was Kenneth Green of the Drama League who would construct stage scenery in her garage. For the 1953 coronation celebrations Miss Hall’s front room was taken over with amplifying equipment, offering a commanding view of the Common.”

John Wyborn’s memories of The Laurels Guest House in the 1950s prompted us to look at census records and Kelly’s directories (which only go back to 1901 in detail) to find out how long this semi-detached house in Leyton Road (no.22) has been a lodging or guest house.

Sue Woodward has traced Mrs Kidman, by then a widow, to having owned The Laurels in 1876/7, probably as a new property. She and her husband Alfred had lived at The Holt, Kimpton until 1874, when, according to a press report of the auction, they sold up their farm stock. Mr Kidman died in Peckham in 1876. Their elder daughter Mary How Kidman had been ‘elected’ to the London Orphan Asylum in June 1879 but died on 12 June 1881. The 1881 census records Mrs Kidman, aged 41, as head of household at The Laurels, with two children (Elizabeth aged 9 and George aged 8). Also listed as boarders at the property were John Beck (a silk merchant from Skipton, Yorks), James Holmes (a shipper from Beer, Devon) and John Vyle (a philosopher (sic) from Athelney, Somerset). In addition Henriette Mardall was recorded as a visitor, and there was a 22 year-old servant, Betsy Winch. (Entry 44 in the Census).  There must have been interesting conversations at the boarding house table. According to a press report in 1884 ‘Miss Kidman of the Laurels’ (presumably Elizabeth aged 12?) took 1st prize for the ‘Best Bouquet for the Hand’ at the Horticultural Show held in Rothamsted Park.

The 1891 Census records Mrs Emma Kidman living ‘on her own means’ with her son James W Kidman aged 22 and daughter Lizzie, together with a servant Alice Harbon. There is no mention of boarders on the night of the census. In 1898 Elizabeth (Lizzie) Burchmore Kidman married William Long Mardall, son of the late James Mardall of The Brewery Harpenden. The press report said that ‘both families are widely known and highly respected.’

By the 1901 Census Mrs Emma Kidman and her son George (aged 28) were ‘living on their own means’, and again there are boarders: Robert Weed (an estate agent), his wife Elizabeth and his sister Susannah Weed. Also boarding was Frederick Wilkinson (an estate agent). There were two servants: Frances Dew and Alice Freeman.

The Weeds, who had married in 1880 in London, had previously resided in Shakespeare Road, Harpenden. He had been a professor of music and former chorister at St Paul’s Cathedral but seems to have retired to Harpenden due to ill health (and to have given his occupation as estate agent). With both Mr Robert Weed and Mrs Kidman listed in Kelly’s Directory for 1901, it would appear that the house may have been divided in separate units. Following Mrs Weed’s death in 1906, Mr Weed announced that he was leaving Harpenden to live in Kettering, and in July 1907 furnished accommodation at The Laurels was advertised by Mrs Kidman, comprising 5 bedrooms, 2 reception rooms and a bathroom with hot and cold running water. On his departure the press reported that by popular request Mr Weed sang “There is a green hill far away” as a solo at Harpenden Parish Church evensong on 22 September 1907. The report concluded that ‘his commanding figure and pleasant greeting’ would be missed.

By the 1911 census, The Laurels was occupied by the three Willmott sisters, Emily Jane, Annie Elizabeth and Harriet Frances (a teacher) – presumably related to Henry Willmott at Yew Tree Farm. At this time Emma Kidman was herself recorded as a 74 year old boarder, and it is believed that she died locally towards the end of 1916.

Throughout the 1920s it seems that the Misses Willmott ran a Guest House, although not listed as such in Kelly’s, with Mrs Dorman also resident until around 1930. Let us hope that the 1921 census will start to shed light on who may have boarded there. By 1932 Mrs Emma Charlotte de Mancha had taken over the establishment until she left for South Africa in 1948, where she died on 9 April 1949.

By 1952 Miss A Hall was advertising The Laurels Guest House in the Kelly’s commercial list. Mrs L F Barnard took over in 1962, followed by Mrs Denny in about 1966. From about 1984 The Laurels was run as a Guest House by Mrs J. French. According to a newspaper report, when she left on 9 May 1997, the new owners held a garage sale on Saturday 17 May 1997.

So, after over a century The Laurels ceased to take in boarders or visitors, and opened its doors on 29 January 1999 as a Nursery. 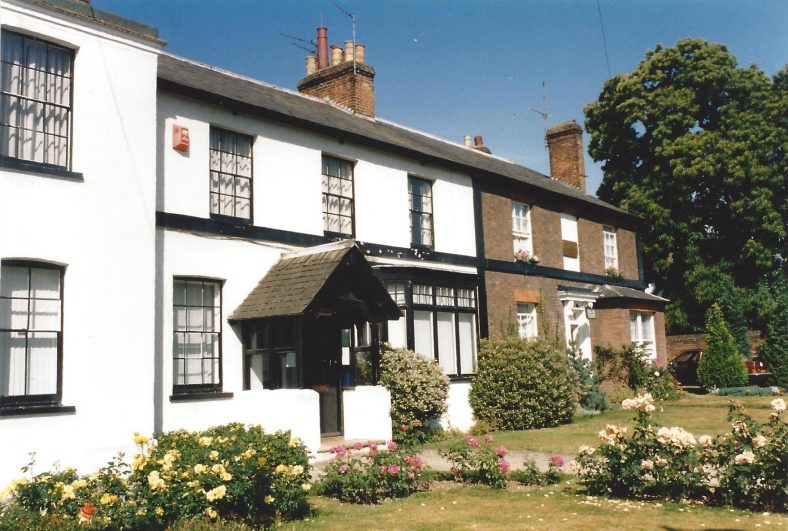