The History of Paper Mills in Hertfordshire 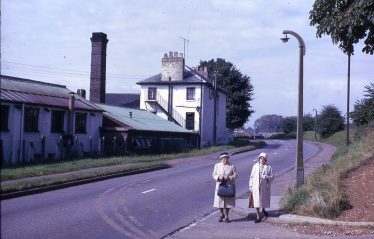 zoom
Pickford Mill house, before demolition in 1971. All indications of mill-race or pond have disappeared beneath the factory units.
Cat no Digitised slides 138 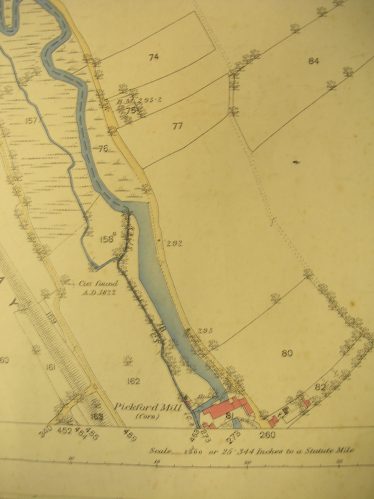 The earliest reference to Pickford is found in a Sun Fire Insurance Co policy dated 1st Feb 1775, which records that Francis Owen insured “his corn and paper mills….utensils and stock”

Between 1786 and 1800 in the parish registers nine births were recorded and the four fathers concerned were described as “papermakers”.  From this one may fairly conclude that Pickford was a small vat mill.

About this time it was taken over by Thomas Vallance, who had previously leased Hatfield Mill.  This he let to Thomas Creswick in 1796, to whom he subsequently sold the lease in 1800.  It is therefore possible that Vallance may have gone to Pickford as early as 1796.  The mill remained in the occupation of the Vallance family for more than 30 years.  In 1813 Thomas Vallance and his eldest son Edmund gave up their wholesale stationery business in Cheapside, and limited themselves to the selling of paper made at Pickford where they took up residence.  By 1816 the mill, now No 404 in the Uxbridge Collection on the Excise List, had passed to Edmund, who was succeeded by his younger brother William in 1824.

However, in 1833 the mill was purchased by Edward Jones, of Budge Row, London.  In 1785 at the early age of 10 he had entered the paper-staining business of Mr Heath, of Well Court, Queen Street, London, and eventually became a partner.  Later, in 1810, he started on his own account as a wholesale stationer and hot-presser, and because business flourished he purchased Pickford Mill in 1833.  Unfortunately the manufacture of paper was not successful and by 1847 the mill had been given up.  The business he began has now become the large firm of Samual Jones & Co., who specialise in gummed papers.

His successor, Shadrock Clark, was the last paper maker to occupy Pickford Mill.  His tenure was very short for in 1849 he became bankrupt.