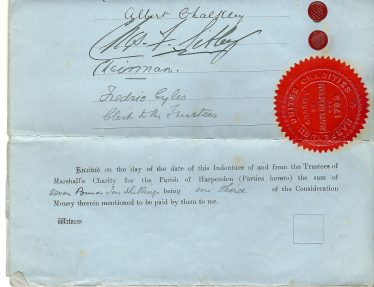 Arthur C. Chalkley contributed his memories of Harpenden before the First World War to the Society’s competition in 1979*.  He was born in 1895 in Bowling Alley, and described Piggottshill Lane as “a winding lane with two cottages at the top end on the left, which was called Rough Hyde” with allotments on both sides.  The shops in Southdown “used to put in long hours, especially on Saturdays as most men received their weekly wages at one o’clock on Saturdays and the real business did not start until about six or seven in the evening and went on until about ten o’clock.”  He refers to school days at Victoria Road School and to the main football pitch being on the Elliswick Estate “and between times Fairs used to take place there”.  He remembered the sewage system being installed [in 1913] with its entrance at the bottom of Dark Lane and huge pipes: “I remember a mother taking her family of three of four children and crawling through the pipes with lighted candles to emerge at the other end and I think it deserves to be mentioned in the Guiness book of records”. 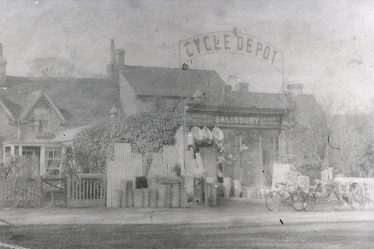 Henry Salisbury’s shop, built in front of the family home on Leyton Road. Credit: LHS archives, cat. no. LHS B 2.34

However, Arthur does not mention his apprenticeship to Henry Salisbury, at the end of November 1911, at the age of 16. Henry Salisbury ran the the ironmonger’s shop on Leyton Road (site of Inn on the Green in 2011), and became a major landowner from the 1880s as the Packe & Pym landholdings came on the market.  The apprenticeship fees were paid by the Harpenden United Charities, of which Charles Sibley was the chairman, and Frederick Eyles the clerk to the Trustees.

The document is foolscap – hence the repeats in the scanned images below. 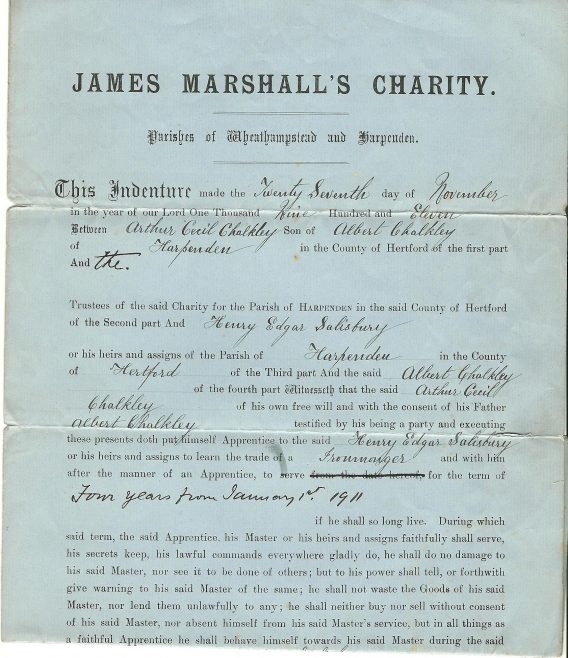 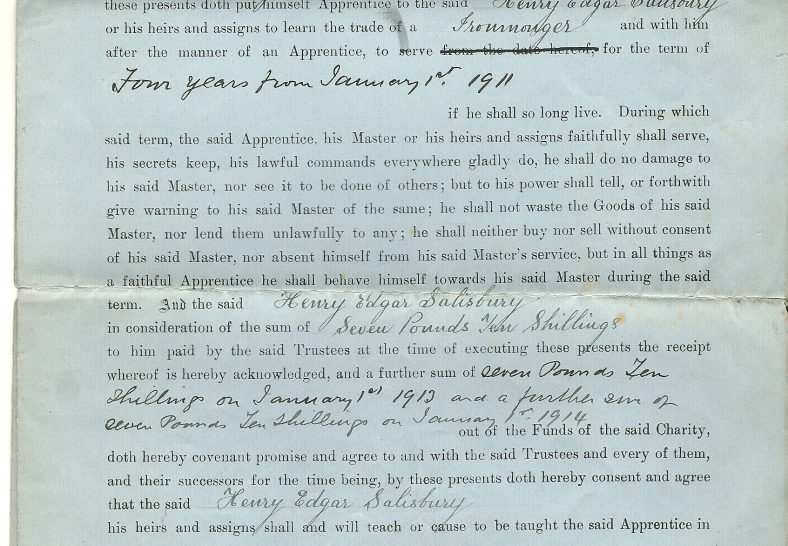 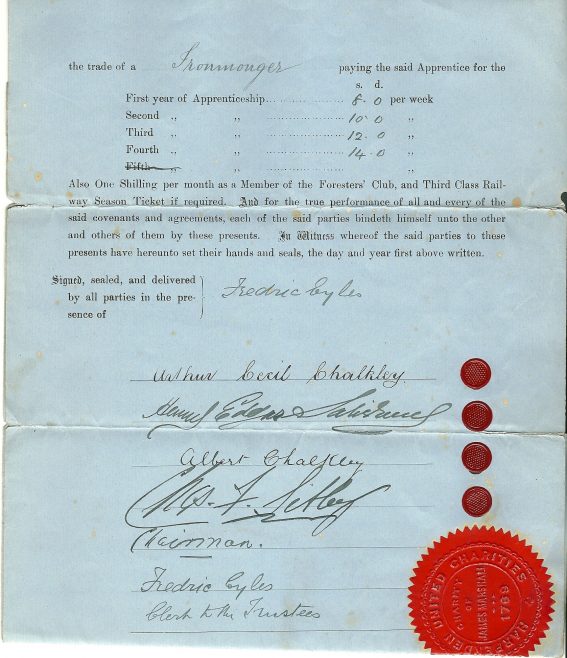 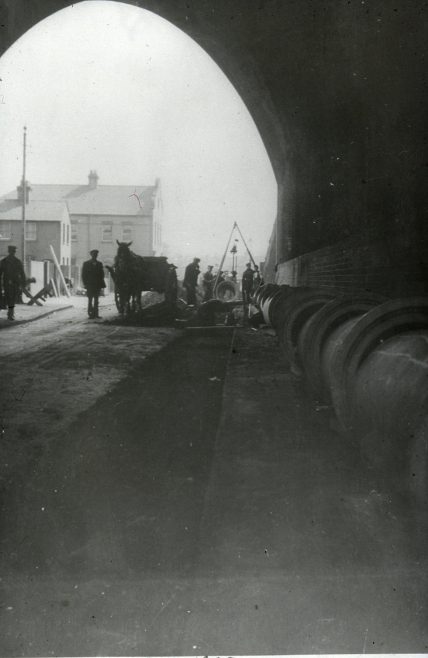 Laying the sewer under the Skew Bridge, 1913 – Arthur Chalkley recalls this in his reminiscences. Credit: LHS archives, cat. no. B 2.75