In October 1974 the firm moved its offices from Vaughan Road to Jarvis House Station Road, Batford. 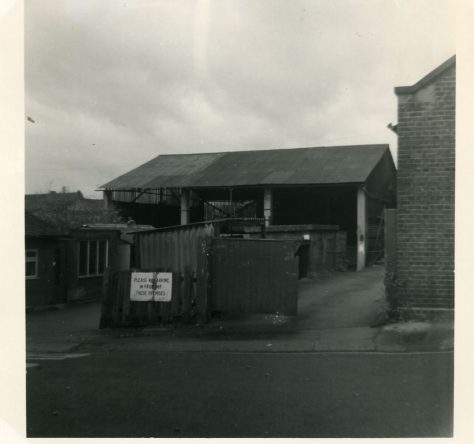 “This is an opportunity to recall the history of our previous Yard and Offices in Vaughan Road.  Mr E C Jarvis bought the lower part of the yard at No 13 in 1909, and on it he erected various wooden buildings for the joinery shop and storage of materials.  His office was also just a wooden hut, heated if I remember rightly, by oil stove, and only just big enough to accommodate Mr E C and Mr Orchard, his manager, and various files and papers.  At that time Mr E C did a lot of his office work at his home, where he kept his important ledgers and other records.

In 1922 Mr E C bought the upper yard and the area behind them both, where our plumbers and glaziers workshops were recently.  This area comprised the stables for Glovers Brewery, which used to stand where Woolworths (then Argos, now Harpenden Library since 2013) and Boots are now, and had closed down after amalgamation with another brewery. 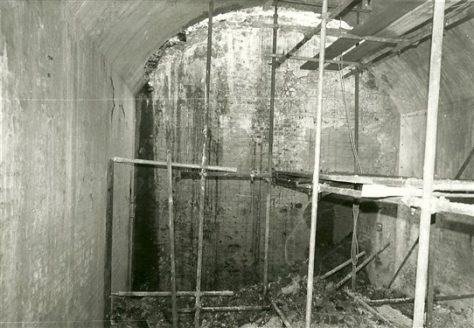 One of the bricked up vaults. Credit: LHS archives

Underneath the further end of this Yard is the large vault where they used to store the beer; we tried to use this for storage but things tended to go rusty or mouldy when left down there. The old stables became our Joinery Shop, machine shop and cement store, and we built a concrete framed timber rack, which has since been opened up for car parking. As the firm expanded in the 1920’s we built a single storey office block against Mr Jeffrey’s printing works, which was later extended from two small offices to four.

In 1950, No 9 Vaughan Road was purchased when Mr Tony foresaw that we should need more office accommodation. This house was originally built as the home and drawing office of an architect Mr A Anscombe. In 1965 the Joinery Works was moved to 93 Luton Road, and we got temporary permission to convert the building into offices. Our original toilet was a very primitive affair down the bottom of the Yard which drained into a cesspool under what was the Yard of Kingston House Mowers (now Silver Palate).  After the last war we built new loos in the Yard and connected them to the sewer in Vaughan Road.”