Portrait of a Stained Glass Artist by Francesca Stevens is a memoir of her father Geoffrey Harper (1913-1966) and his life as a stained glass artist. First it deals with his family background then goes on to his time in Harpenden among groups of workers in stained glass based around Leyton Road. If you’ve ever wondered why Harpenden had more than its fair share of stained glass artists the answer lies in this book. 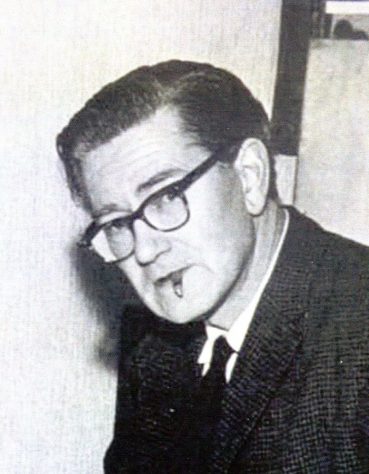 Geoff Harper in 1966. Credit: Detail from frontispiece of ‘A Life in Glass’

Geoffrey began working for Hugh Easton in London and followed him to Harpenden when he moved to Little Gables in Leyton Road in 1946. Hugh Easton was an internationally known artist who designed of the Battle of Britain Window in Westminster Abbey but he could not work alone. Stained glass artists need painters, cutters, glaziers and metalworkers to carry out their designs and the entire process is disclosed by Francesca as she journeys through her father’s life. 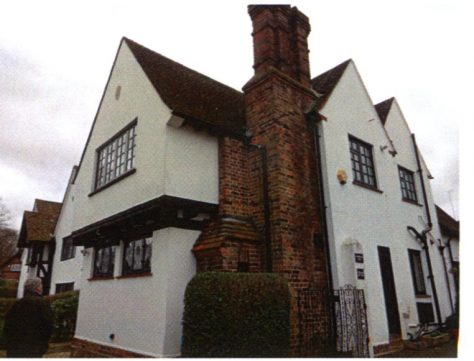 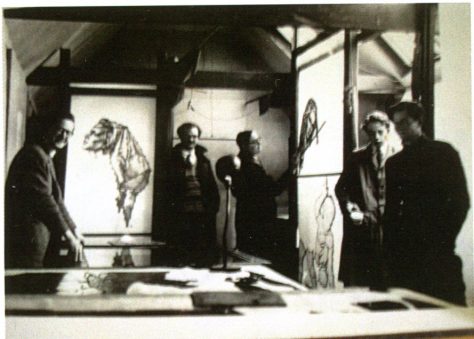 Geoff Harper, Wigzell, Robert Hendra, Ryall and Watkiss in the Studio at Little Gables. late 1940s. Credit: Reproduced with the author’s permission from ‘A Life In Glass’

Geoffrey teamed up with Robert Hendra and in 1951 they set up their own studio in the former red brick Assembly Room which can still be seen upstairs at the back of The George. 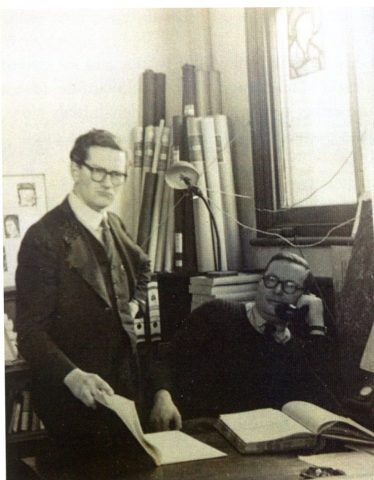 Geoff Harper and Robert Hendra in their studio at 4 High Street. Credit: Reproduced with the author’s permission from ‘A Life In Glass’ 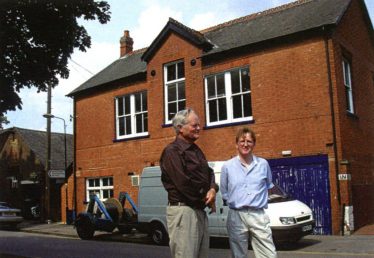 The Studio at 4 High Street, from Leyton Road. Credit: Reproduced with the author’s permission from ‘A Life In Glass’

Locally one of their designs is in St.George’s School Chapel and another in Mary Church, Hatfield. 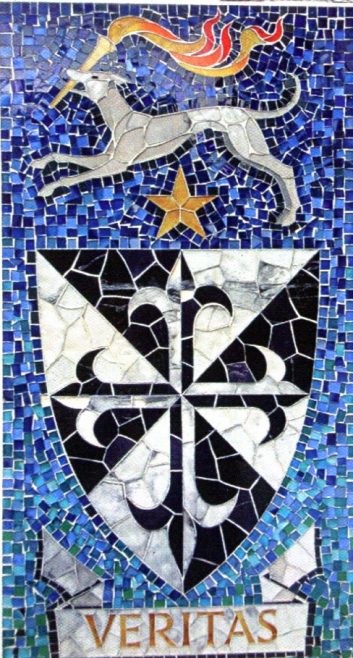 Mosaic at St Dominic’s School. Credit: Reproduced with the author’s permission from ‘A Life In Glass’

Further afield their work ranged from a memorial window in Rolls Royce, Derbyshire designed by Hugh Easton to three windows for Medak Cathedral in Hyderabad by Frank Salisbury a local artist. Geoffrey and Robert had a team of employees who worked on the drawing up of the designs and painting and cutting. The windows were made up in the tiny workshop in Park Stables behind the Inn on the Green by glaziers George Hawes and Denis Harris. They bent and shaped the hot lead to hold the coloured glass and gradually built the window up in a frame. It’s hard to believe that the huge Battle of Britain window was made in such a small space, but it was made in forty eight separate lights and assembled in the Abbey itself.

The book contains many pictures of stained glass windows in full colour, by Hugh Easton, Robert Hendra and Geoffrey Harper and reveals a picture of a time gone by.

Francesca Stevens has published a second edition of A Life in Glass, which includes pictures of her father’s work in Harpenden – in St George’s Chapel and Our Lady of Lourdes church.

Copies can be obtained direct from: