Community Meeting Point closed its doors at 11-12 Harding Parade, Harpenden in September 2018, having served many isolated Harpenden residents since 1991. It was started on the initiative of two local couples who both had sons suffering from long-term health problems. Their illness meant that they became socially isolated, struggled with unemployment and lacked motivation and structure in their daily lives.

At the same time, as a result of the Community Care Act many people with mental health problems were being discharged from long stay hospitals into local communities. There were, however, very few services available to meet the diverse and individual needs of these individuals.

It was at this time that Community Meeting Point came into being to try and fill the gap. It provided a focal point where people experiencing mental health problems could receive friendship, stimulation, support and the opportunity of learning new skills and achieving things that were important to them.

Community Meeting Point first operated from 40 Luton Road, where it stayed until the building was sold by the NHS in 2000 for redevelopment as housing. It then moved to rented premises at Unit 5, 16-18 Bowers Parade, but had to leave this site in 2008 as the building was about to be redeveloped as part of the Foresters estate. For three years CMP moved to Marlborough House in Wheathampstead, enabling members to continue to take part in a range of activities. 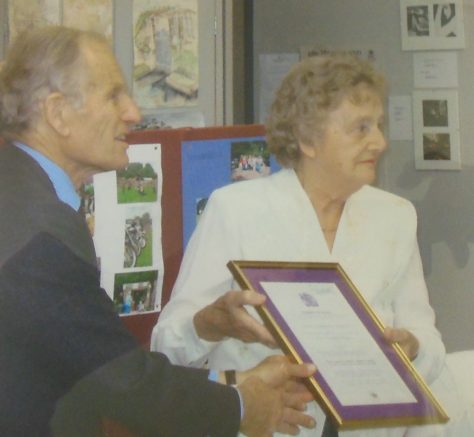 In August 2011 Community Meeting Point returned to Harpenden with a spacious activities room alongside a charity shop – run as an independent charity as a subsidiary of Hightown Praetorian & Churches Housing Association. In August 2014 the Trustees of CMP transferred all the charity activities to Hightown. However, even this did not protect the group from funding cuts, including the withdrawal of NHS funding with effect from September 2018. 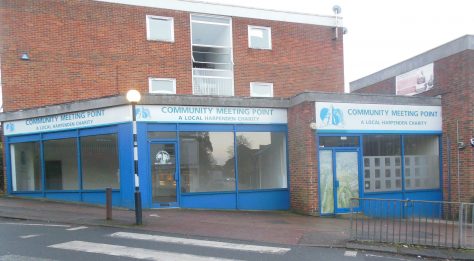 Despite emotional appeals by members and the many volunteers to find alternative funding, even with the help of its charity shop, Hightown had no option but to close Community Meeting Point, while helping members to join other groups in the neighbourhood. Among members’ concerns was that the Golden Jubilee Award for Volunteering made in 2005 and Queen’s Award made to founder-member Jean Lale in 2006, other trophies and albums of activities should be kept in Harpenden. A formal transfer of these items was made in August 2018. 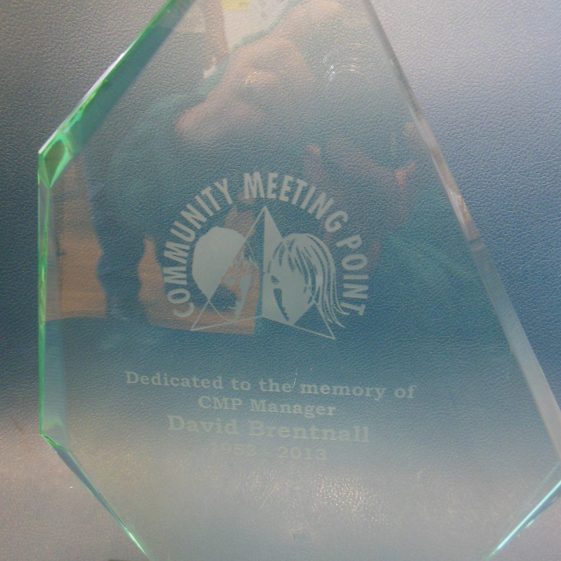 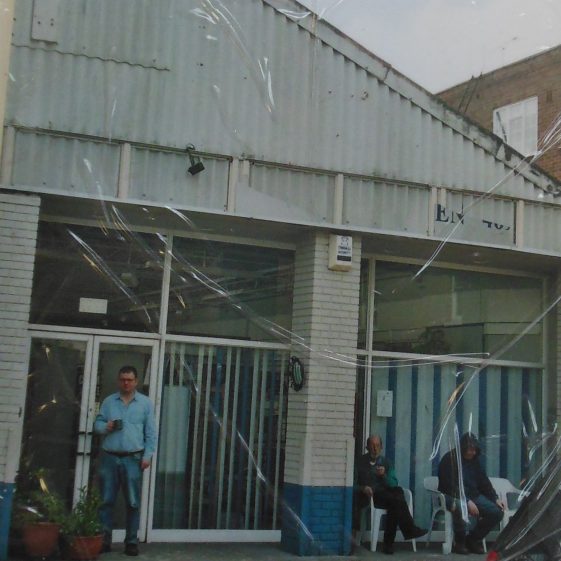 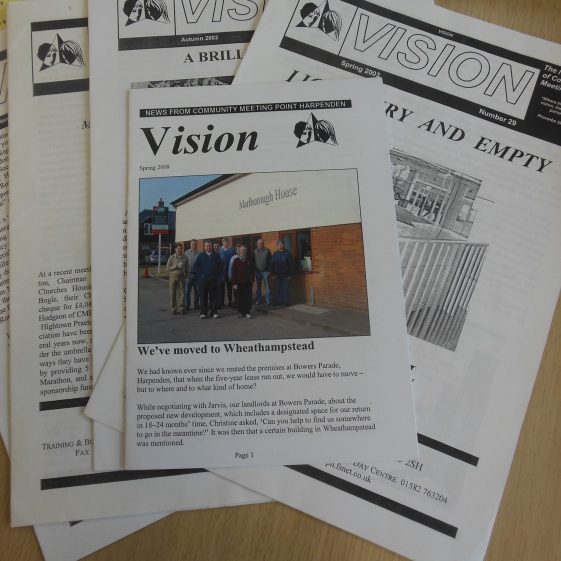 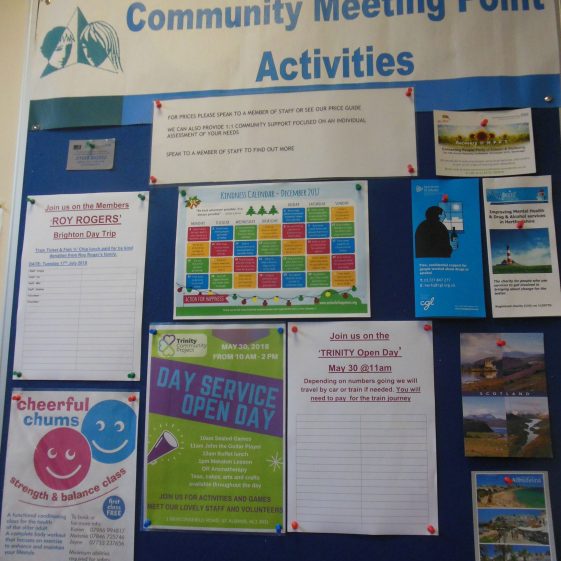 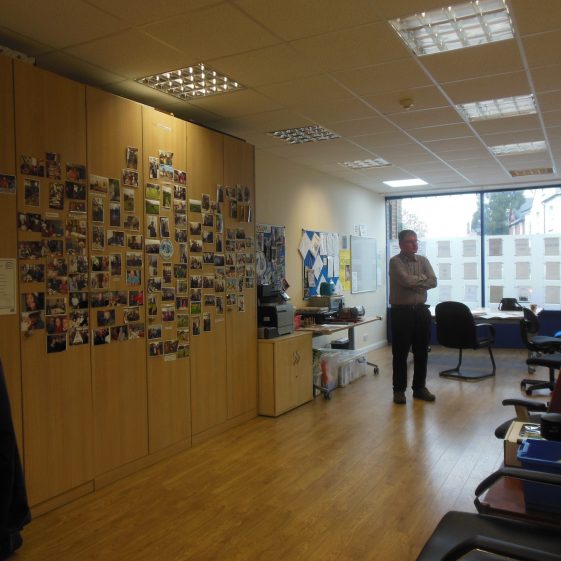 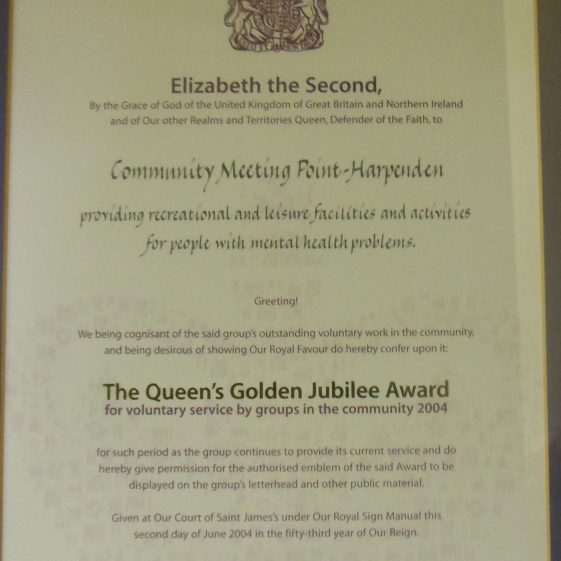