A Special branch of the National Children's Home and Orphanage 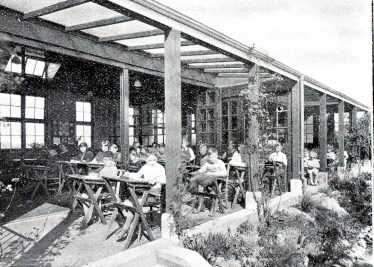 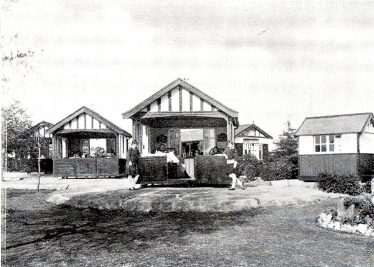 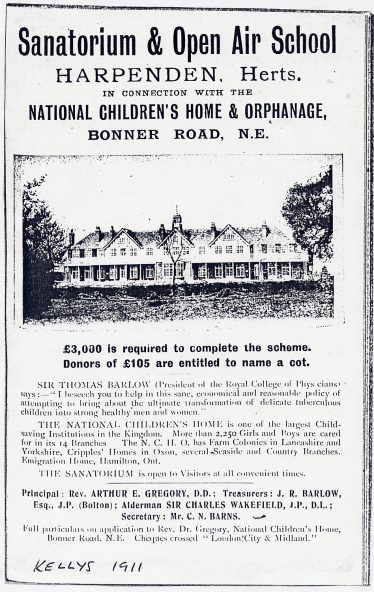 ‘[The Children’s Sanatorium] … stands on the healthy Hertfordshire uplands … where the sunshine is not filtered through a screen of town smoke, and where it has the full advantage of the invigorating breezes of the countryside.  All around the Sanatorium are extensive gardens …’  This is the opening paragraph of a booklet describing the Sanatorium which was built in 1910 to make provision for children suffering from, or threatened with, tuberculosis.

The building had bright, airy wards, modern and efficient kitchens, bathrooms and lavatories where each child ‘has separate provision for hairbrush, toothbrush and towels’.  There was a well equipped laundry.  Open verandas ran the whole of the 160 ft of the main frontage.  In the gardens were several revolving chalets.

The Open-air School, covered play-sheds for wet days and playgrounds were provided to fulfil the needs of the 70 children aged 5 to 14 years.  A local Harpenden doctor, Dr T N Kelynack, was the Visiting Physician.

The booklet continues … ‘The main purpose … to provide a happy home life, where expert attention, cleanliness and suitable diet, abundance of sunshine and fresh air, graded exercise and rest, which coupled with Open Air Education would build up physical resistance to disease, and provide a happy and hopeful future for the children.’

Exercise and rest played an important part, and were carefully planned to avoid fatigue.  Rest was spent on camp beds in the open air during the daytime, and ‘early to bed’ was encouraged.  Education was not neglected.  As much as possible, school work was done out of doors.  When it rained lessons were taught under the school roof.  There was a system of sliding panels and moveable partitions to protect the children from the elements.  Gardening was also part of school work, each child having their own little plot of land.  Other outdoor interests were also encouraged.  The day began at 7 am with taking of temperatures, washing and dressing, followed by a rest, 8 o’clock breakfast with ‘plenty of nourishing food and milk’; prayers followed.

School began at 9.30; there was a break for milk, then more lessons before lunch.  The afternoon was taken up by rest, organised games and handicrafts, until tea time.  After tea there was free time, until it was time for temperatures to be taken.  The day ended after a light supper, then the children were tucked in for the night at seven o’clock.  The booklet ends by reporting that the school had received good reports from HM inspectors, and from the Ministry of Health.

The illustrations in this article are taken from the booklet.  Others show the buildings with the open verandas, neat wards with pictures over the beds and children lying on camp beds in the open air enjoying their afternoon rest.  There is also an aerial view of the whole site which is off Ambrose Lane, where today children still enjoy the healthy Hertfordshire air, as the building now houses a generation of children far removed from the once dreaded scourge of TB.

After the Sanatorium closed, children suffering from various handicaps were cared for there for a number of years until in 1987 the buildings took on a new lease of life when The King’s School, which was established in 1982 in Hemel Hempstead, moved to Harpenden.  This is an independent Christian day school catering for children from the age of 5 to 16 years of age.  Children attending the school come from the surrounding area, including Watford, St Albans and Hemel Hempstead.

As a result of a query from The King’s School to our Society about the history of the buildings, the booklet which is outlined in this article came to light.  Further enquiry lead to two ex-NCH Sisters who had worked there being located and going to the school to tell today’s children what life was like for the children who were cared for in the Sanatorium.