Growing up near Batford Mill in the 1890s

I was born on September 9th 1890 in the Thatched Cottage at Batford; it stands near the ford at the foot of Crabtree Lane.  In those days it was three cottages, now it is made into one; it was in Wheathampstead Parish then, but is now in Harpenden. 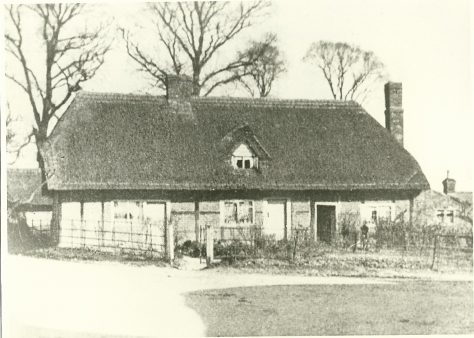 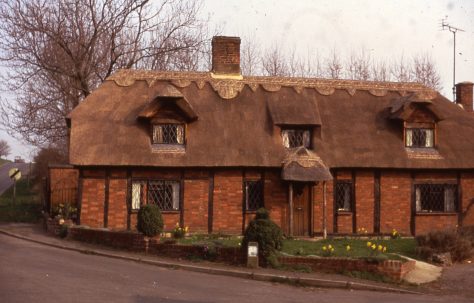 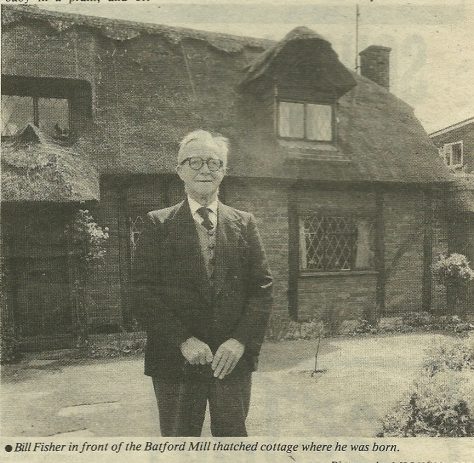 I will start with my earliest recollections.  My father was an agricultural worker and the cottage went with his job; if you changed your job or got the sack you had to leave your home.  We had no water or indoor sanitation – not even a sink.  All the water for washing and the rest we got from the river Lea and carried our drinking water from a clear spring at the foot of a sapling elm on the far side of the river.  Now the spring is filled in and the elm has the disease.

My mother said she started me to school when I was just over three years old, by which time a brother had arrived.  I well remember her taking me from Batford, up Station Road to Harpenden School against the Parish Church – a long way for a three year old.  Station Road was called “Stakers Lane” and was rough, made up with stones which the farm men and women picked off the fields.  The stones were broken up by the older men; I remember my grandfather, with a pair of goggles to protect his eyes, sitting all day breaking stones for a shilling a yard. (Three yards was a good cart load).

There was a farm at the bottom of Rothamsted Avenue and all above was farm land.  A man cut his throat up there, by a tree, and we went up to see the blood.

I must describe how my mother and father tried to raise their family.  As working foreman, father was paid fifteen shillings a week.  For this he worked from six o’clock until five.  He received no payment for any extra time.  At haytime and harvest, men had to be there at five in the morning and worked until half past seven or later at night.  For the extra hours they had a pot of beer.  Each morning the farmer would stand in the yard by the barrel, watch in hand, and if you wern’t there by five sharp you got no beer.  Sometimes father would be expected to sit up at night with a sick horse or a calving cow but was lucky if he got a pot of beer for doing it.

There was a lot of straw hat making in Luton and Harpenden. My mother had the straw plait brought to her. (Earlier the straw had been plaited locally but by this time foreign plait was in use because it was cheaper).  She used to sew the plait into the men’s straw boaters which were very much worn.  She got the sum of one shilling a dozen.  Before going to school I had to take the hats up to the factor in South Harpenden; several times the man would say “Take them back and tell your mother to make a better job of them”.  I would cry at this. 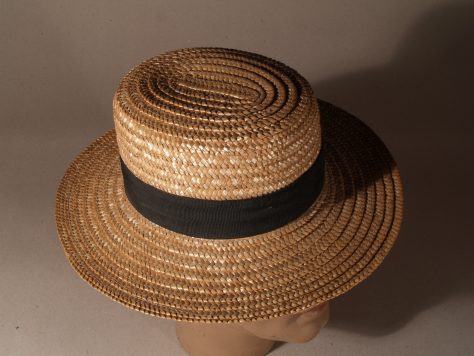 One thing which stands out in my mind – I never forgot it – was when my mother’s brother at Nomansland drank water from the river one hot summer day and died of typhoid fever; all their bedding was burned on Nomansland.  He left a wife and seven children and not one of them earning.  I was too young to know what my aunt received from the parish but it was very little.  Father went to a good lady who lived at the Folly and she wrote out my aunt’s case in a letter which my father then took to the magistrate to be signed.  With it we were able to go begging for enough money to buy Aunt a treadle sewing machine with which to provide for her family; she was a good seamstress.  We took a wheelbarrow and my father bought the machine at a shop in the High Street; I pulled in front with a rope, carrying a lantern, all the way to Nomansland.

I got my first job while I was still a schoolboy; each morning I walked up to one of the houses in Spenser Road and cleaned the knives and shoes before school; on Saturdays I ran errands all day.  I only had sixpence a week for this but I got my meals which meant quite a lot. 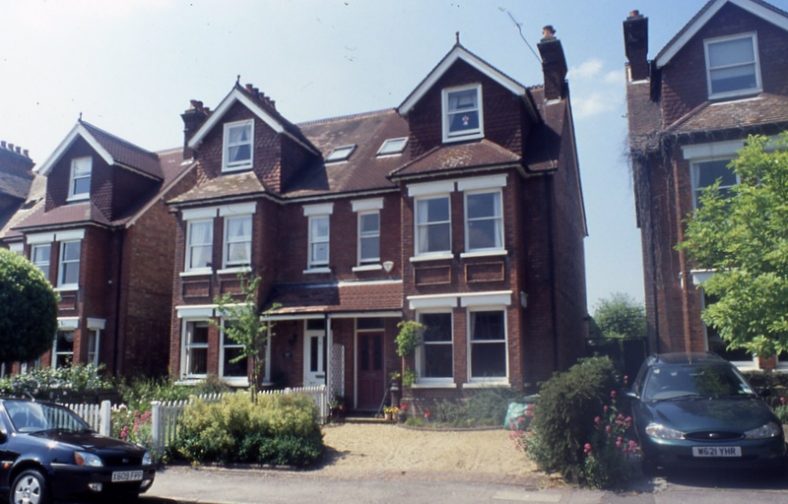 As we grew up we made our own amusements.  The river Lea was alive with fish – pike, trout and crayfish, and the meadows were lovely with wild flowers and full of birds.  At the smithy we watched the blacksmiths; the smell of burning hoofs was wonderful.  In those days, Lower Luton Road wasn’t much more than a track; everywhere you saw the prints of horseshoes and ruts where the wheels had been.  At the mill we watched farm waggons bringing in corn to be ground and the miller taking flour out to the bakers to make into bread. (Today the corn mill is a plastics factory).

Harpenden Races were an important occasion; they were in May, on the Common, and always coincided with the last day of Chester Races.  It was a big event for us boys; the train, drawn by a large engine, steamed into Harpenden Great Northern Station bringing the race horses and grooms from Newmarket.  Following them came another train filled with police who marched up to Harpenden to take up duty.  Wagonnettes and brakes from farms all around would follow; many of the men were having their only holiday of the year; as they forded the river they threw out pennies and halfpennies to get us boys into the water after them.

The Statty Fair was held on Church Green in September; it was fun even if we only had a couple of coppers to spend.  And on November 5th there was a big bonfire on the Common and a procession, with tableaux of different trades on waggons which paraded along the High Street.

I remember when the school in Vaughan Road was built.  A fall of snow was an occasion for a battle between Vaughan Road and Church Schools.  We would meet in the High Street and whichever school drove the other back to its own buildings with snowballs was the winner.

When my brother was in hospital at Hemel Hempstead, my mother travelled by train on the “Nicky Line” to visit him once a week, but father thought nothing of walking there and back on Sundays.  We also had cousins at Kings Langley and walked over to see them, and home again.  When father asked “Do your legs ache?” I wouldn’t say “Yes” however badly they did.

After four years in Welwyn the time came for me to leave school at the age of twelve, to start work on a farm at five shillings a week.  But that is another story.

*  This edited version of Mr Fisher’s childhood memories was extracted (with his permission) from his original manuscript which covers eighty years of his life – 1890-1970.  It was published in the Society’s Newsletter no. 10 in September 1976.  Mr Fisher was then living in Leacroft, Lower Luton Road, opposite the cottage where he was born.

William’s brother Leonard George Fisher was killed in the battle of the Somme.