Fond memories of being a 'boarder' there! 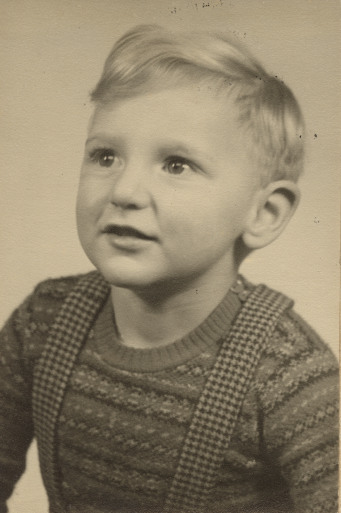 I was born in 1949 and attended the Elmfield School from (I think!) when I was about 6 or 7, and maybe for about 2-3 years, whilst I lived in Oxfordshire. I certainly remember the classrooms which were opened up whenever the weather was good, and the ‘Dorms’ which were upstairs.

There was also a boy called Roy Thompson, who was quite a good artist, using brushes held in his mouth and used to send his work into a BBC TV programme, run by an artist called Adrian, who wore one of those artist’s smock coats and Tony Hart, who died in 2009 and also presented a number of other children’s art-related programmes including ‘Vision On’ which was probably the first TV programme that provided signing for the deaf. I think, certainly on one occasion, Roy’s work appeared on a BBC programme. I’m not too sure but I think I encountered some of his work, decades later, but never got to meet him, which was a shame.

Although born with spina bifida (also contracting Meningitis six weeks later!) I was fully mobile and it was the side-effects of incontinence, which led me to being there. I have a vague feeling I didn’t always feel I ‘belonged ‘ there and might have been jealous of the attention the other more severely disabled children got and maybe, came across as introverted or a bit of a loner.

I DO know, that I was quote “A little horror’ as when I was about 23, I went back up to St Barts in London, (I’d got a serious foot infection, whilst on holiday in France – riding a motorcycle!) and the Ward Sister running Mr Ellison Nash’s orthopaedic ward, immediately recognised me from when I was on a children’s ward there. This would have been during the time I was at Elmfield, or earlier.

Some of us used to be taken to a nearby circular green, surrounded by houses (Highfield Oval), where there was a bakery with all of the tempting smells that wafted out of it! I also remember a nurse or care assistant, called Maria or Muriel who I suppose now would be in her 80’s. I think I might have been a bit of a mischief, (maybe even a horror!) as I remember getting into an argument over a book, resulting in me getting a black eye!

I’d love to get in contact with anyone else who was involved in the school and maybe that will result in a fair few more memories being dug up and recorded.

Ed: This is the first time anyone who was at Elmfield School has added their memories to this website – though we have had numerous contacts from people who were in the neighbouring National Children’s Home.