From London's East End to the Wilds of Hertfordshire 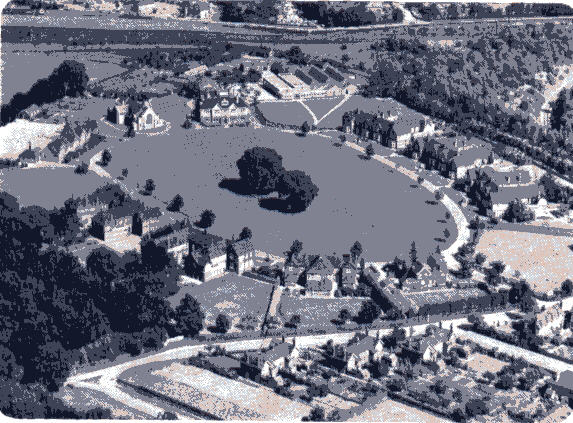 TO ACCESS PERSONAL RECORDS, and for enquiries you can try the Action For Children website: http://www.actionforchildren.org.uk/contact-us  and make your enquiry by email.

The story of this branch of the Home really begins in July 1869, when Dr Thomas Bowman Stephenson opened the doors of a little cottage near Waterloo Station in London, to admit the first children of what was then known as the Children’s Home.

Stephenson had been, and indeed continued to be, a controversial figure within the Wesleyan Church in which he had been called to the Ministry some years earlier. Although perhaps best remembered as the founder of the Children’s Home, his was the inspiration which led to the formation of the Wesleyan Deaconess Order, and in 1891 the Church accorded him the honour of its Presidency. However, that was later.

In 1871 the Home moved to Bonner Road in Bethnal Green, having acquired much larger premises. The work developed rapidly, other branches sprang up all over the country, and a Sanatorium for children suffering from, or at risk from, tuberculosis was established on the edge of Harpenden in 1910 (Elmfield).

It was felt that it would be advantageous to move the children from Bonner Road, and this was implemented in 1912-13 with the removal of children to the newly purchased site at Harpenden, the offices transferring to City Road, London.

To those children coming from the East End, this was pioneering country up in the far north amongst the wilds of Hertfordshire.  First impressions were given by an Old Boy of the memorable day in 1913 when he arrived.  From the station they walked up Carlton Road, over the bridge and up Tennyson Road, and along Mud Lane.  No-one queried this apt name!  (This is now Ambrose Lane.)   On arrival at the Home they were greeted with a building site!  Closer inspection revealed that some accommodation was available.  However, this was to become home for generations of young people for over three quarters of a century. 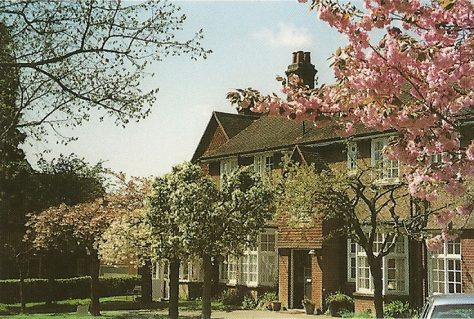 One of the houses – after several generations of children had passed through. Credit: LHS archives

After only a year it was reported that the general health of the children had improved in the new surroundings.

The printing work of the Home was developing, and apprenticeships were offered, this becoming a distinctive feature at Harpenden with the Printing Technical School on the site.

Children’s gardens were started in 1915 to combat food shortages during the First World War, and the farm maintained supplies.  New ground was broken up for increased food production. During the war period evening classes were started for school-leavers, but it was recognised that spiritual teaching in the houses was the real core of the work.

Difficulties continued as peace came.  In the flu epidemic of that time one child contracted pneumonia and died.  The need for a hospital block was recognised. On a happier note, an Inspector from the Board of Education was impressed with the school which was functioning successfully at the Branch. A change of Governorship occurred in 1925 when Mr G F Bush took over the reins from Mr Carnegie.

Dedication of the Chapel

In the early Bonner Road days, a Chapel had become the focal point and it had long been recognised that a great need existed for a proper place of worship on the Harpenden campus. Thus it was that in 1928 a beautiful chapel was formally opened to replace the ‘temporary’ iron construction that had served the purpose for sixteen years. The new building had been made possible by the tremendous generosity of Joseph Rank. There are many outstanding features in the Chapel; space alone prevents mention of all but two: the side windows, actually taken from the Bonner Road Chapel, which had been the gift of children from various branches to Dr Stephenson on his 50th birthday in 1889; and the beautiful west window the work of Frank O. Salisbury (a Harpenden artist).

An account of the work at the Home fifty years ago reveals a very different world from today.

The Administration Block included a central store for food and clothing, a sewing room, staff dining room and a bake-house.  The baker, who had a young assistant, produced 100 four-pound loaves a day, two white to one brown. Boys and girls were separated for accommodation – the boys’ houses consumed eight loaves and the girls’ houses five loaves a day. Each week a four-pound cake was baked for each house.

About six boys were trained as cobblers in the Boot shop, and the Laundry covered all the Home’s washing. Engineers’ and carpenters’ shops also provided good training for those trades.

In 1937 Mr Bush moved to the Home’s Farnborough Branch, to be succeeded by Mr G M Saul-Brown who was there until 1942, when he in turn was followed by Mr Edward Shutt.

Expanding beyond the Oval 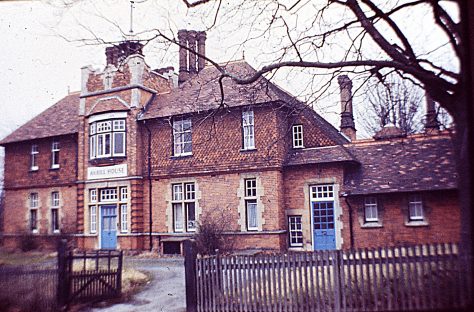 Outside the branch campus itself, Mayfield and Clare Lodge were used for a variety of purposes, mainly for housing the Printing School apprentices.  Akrill House in Hollybush Lane housed babies from the London NCH premises during part of the Second World War, but went on to be used as a home for retired Sisters of the Home. Lea House in Ox Lane served as a hostel for older girls, and then for children with diabetes.

After the war, family groups of boys and girls were established, and in 1949 the Home’s school closed, with the children going to various Harpenden schools.  Much more integration into the community occurred during the 1950s and the conversion of the houses into flats took place.

Changing models of caring for children

Following the sudden death of Mr Shutt in 1959, Mr H C Roycroft arrived to take command, and he remained there for a decade, retiring in 1969 when Mr J Colin Burn come to carry the Branch through the changing period of the 1970s.  An Intermediate Treatment Centre was opened in 1981!

The Harpenden branch choir became world-wide ambassadors during this period, and strong links were made with Harpenden’s twin town of Alzey in Germany.

After Mr Burn left, Mr John Baxter has done a splendid, though very difficult job in overseeing the sad, but increasingly necessary task of running down the old established residential work in line with the changing pattern of child care today.  The outstanding contribution to the more traditional social work made by the Branch will be hard to follow, but, as in the past, the NCH is moving with the times.

For further information and enquiries go to:   http://www.actionforchildren.org.uk/contact-us