I am a Frenchman living in Albens, Savoy.

Outside my house there are some Roman columns discovered in the fields near the house, and I began researching previous owners of the house. I found that Father Pierre Louis Martin had lived here in the early part of the last Century. He was born 7th September 1869 in Albens and died 3rd November 1916 in Rumilly, Haute-Savoie, France. 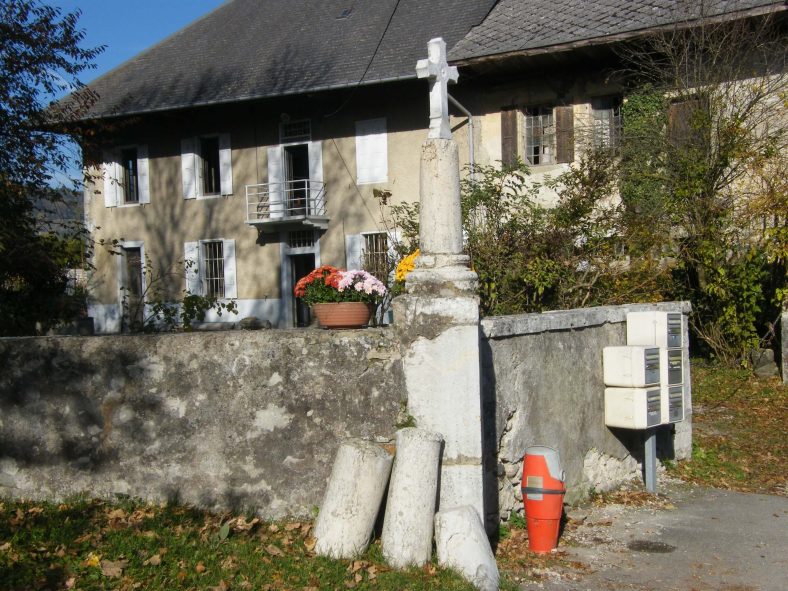 Father Martin’s house, with the column and cross outside. Credit: Benjamin Berthod

Before my researches into Father Martin, he was only known for being the one who found the columns behind the house. The cross was installed by him when he came back to France in 1912 and was used by him to celebrate Mass in his family house.  One of the columns had been engraved by his parents with the date of his death. 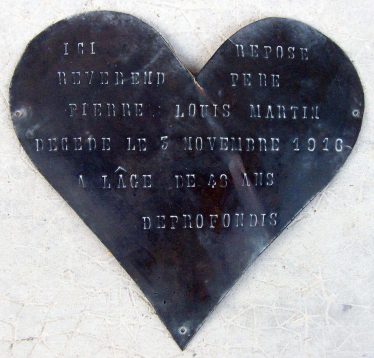 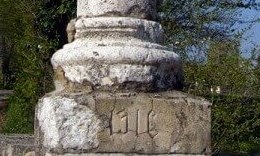 Base of the column. Credit: Benjamin Berthod 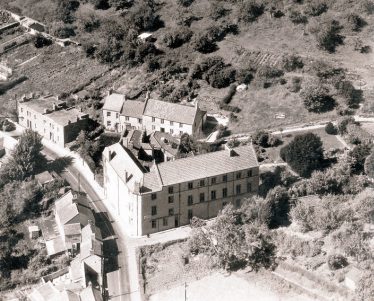 The seminary, founded in 1885, in Tor House, Glastonbury

As a Curate in St Albans he came to Harpenden in 1905 and discovered a small community of 22 Catholics living in the village. He began to visit them saying Mass every Sunday in a small building known as the Gymnasium in Vaughan Road, the first time Mass had been said in the village for 300 years.

Led by the missionary zeal of Father Martin, Harpenden Catholics quickly secured a small plot of land in Rothamsted Avenue and soon built a very humble temporary corrugated iron Chapel which opened in May of the same year, dedicated to “Our Lady of the Sacred Heart”, much of the furniture being made by Father Martin personally. 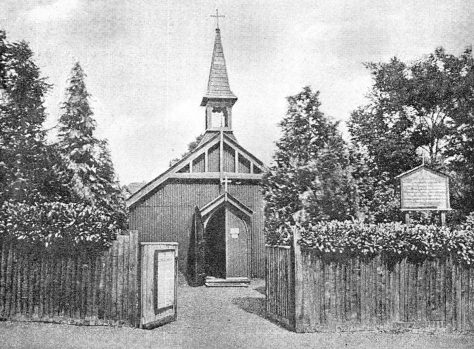 Opening of the Church May 1905. Credit: The Bedfordshire Advertiser

Priests from St Albans said Mass here weekly until November 1919, when Father Longstaff was appointed the first Resident Priest, and the new Church site and the Presbytery were bought. By the end of May 1923 the debts for these had been cleared and a week later the new Church Building Fund opened with £5.

Before building work was started in June 1928 the old corrugated iron church was moved to the Presbytery garden and continued in use until the new Church was completed. 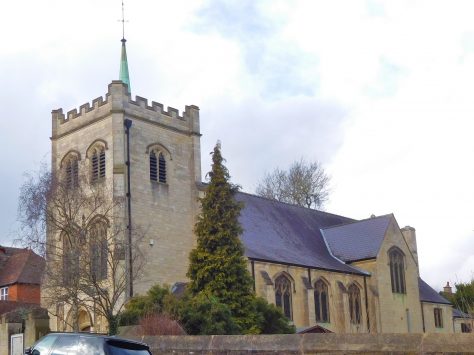 Opening in October 1929 dedicated to “Our Lady of Lourdes” and designed by Mr Frederick A Walters FSA, it contains numerous stained glass windows.  Below the organ gallery two of these were given in 1936 by Mr A H J Miller LDS, RCS, in memory of Father Pierre Louis Martin who had died in 1916. Dedicated to Father Martin they depict St Peter and St Aloysius Gonzaga.

These two single-light windows are next to the statue of “Our Lady of the Sacred Heart” which Father Martin had erected in the original church to whom it had been dedicated.

Following a heart attack in 1911 Father Martin was in poor health and returned to France in 1912. He had another heart attack in October 1916 at Albens railway station and died in the hospital a few km away in Rumilly on 3 November 1916.

In response to my request, “Our Lady of Lourdes” Church kindly arranged for Peter Stevens of the Harpenden Photographic Society to take photos of these two windows and these are reproduced here with his kind permission. 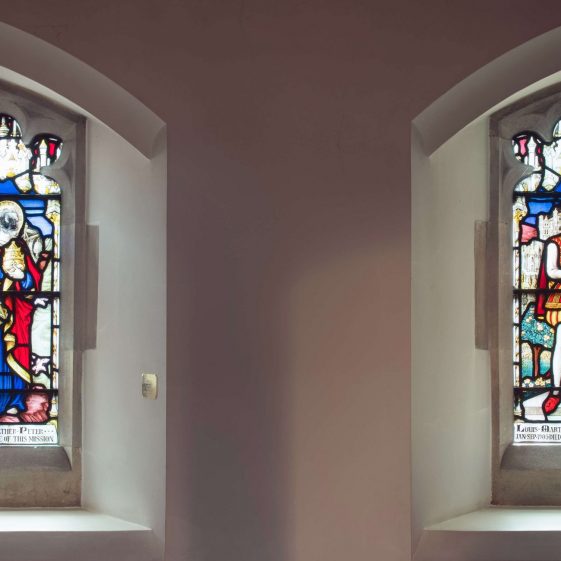 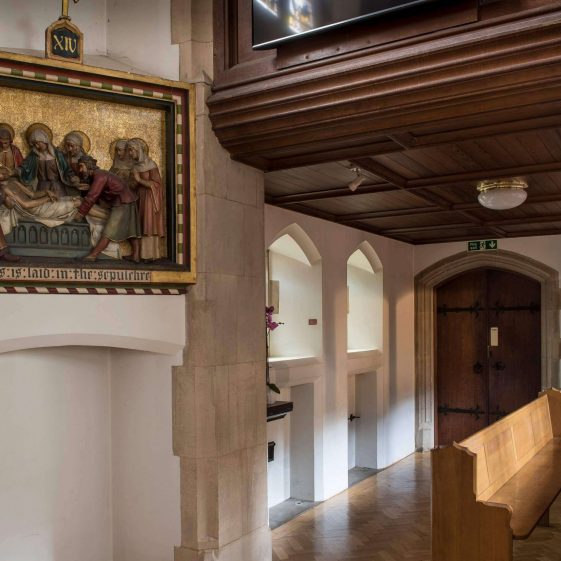 The two windows below the organ loft
Peter Stevens 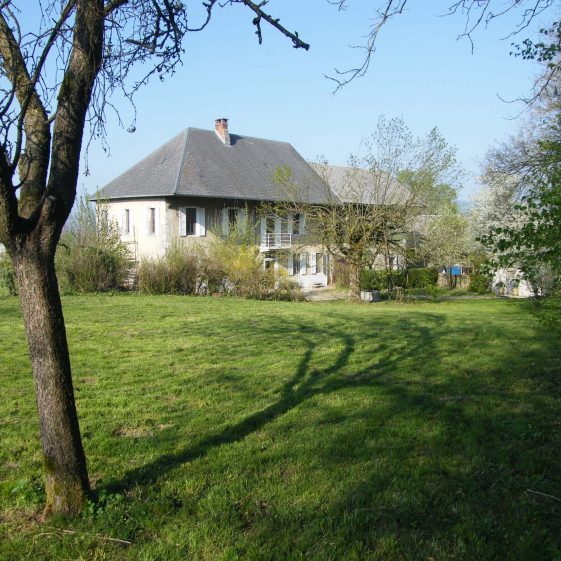 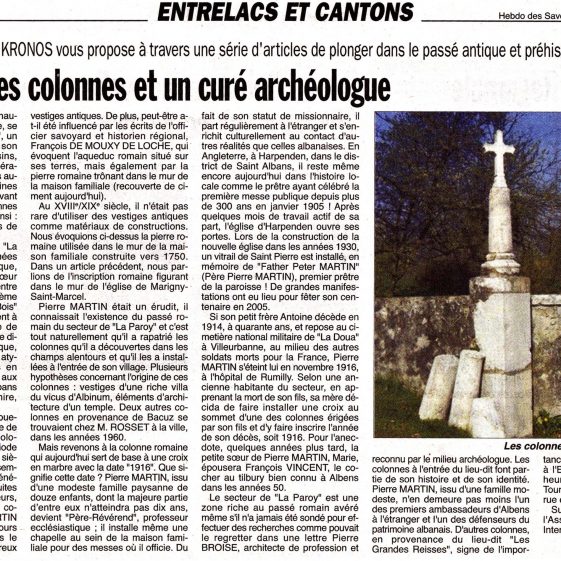 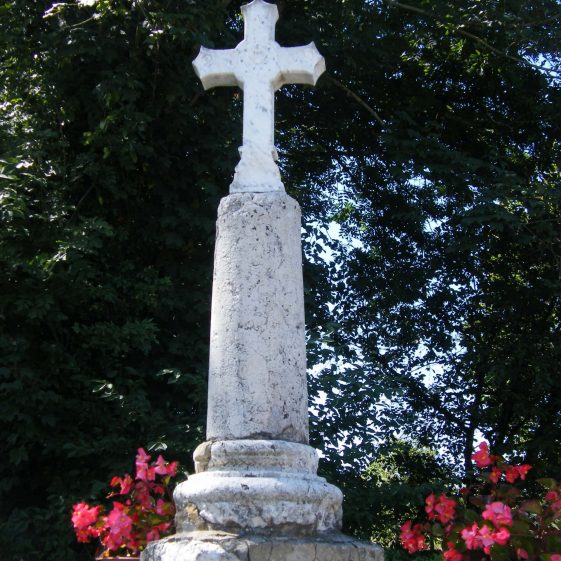 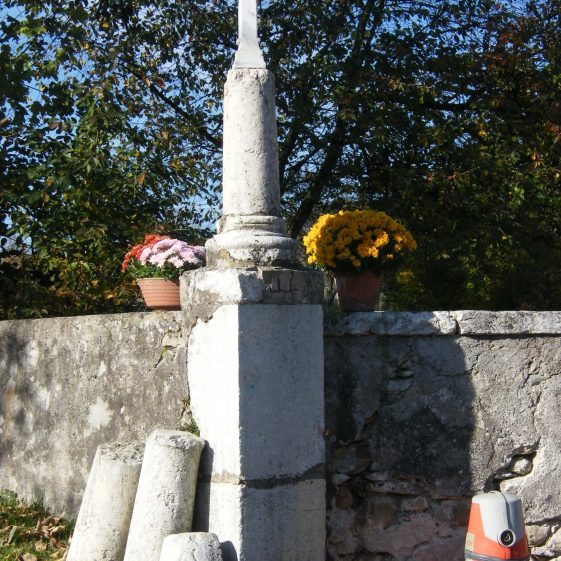