Are you a relation?

Relatives of Quaker Wilfred H. Brown of Harpenden,  I am looking for your help in tracing my English ancestors and relations. 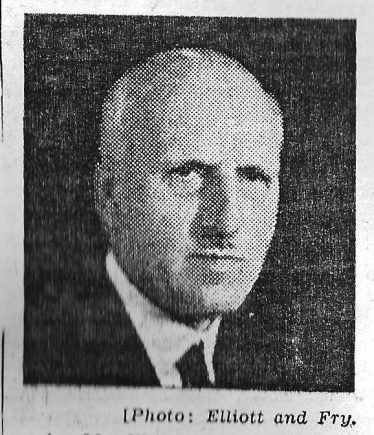 You and I share Quaker ancestors from the 1600’s, and I’m hoping you may have the answers to some long standing questions about our Browne family…their name has changed slightly over the years.  These ancestors of mine are your ancestors as well.

I came across the name Wilfred Henry Brown in the story about Hertfordshire’s history and in particular the Harpenden Quaker Meeting House. Following 1933 renovations to the Quakers House mention was made of Wilfred, a current member who was a direct descendent of Daniel Brown, a Quaker whose family lived in Luton in 1700, and was a son of the Brown family of Poddington in North Bedfordshire.

His parents Richard and Mary had nine surviving children of which Daniel was the eldest, born in 1649. Two younger brothers William and James, chose to leave England and sailed across the Atlantic to the new Quaker colony of Pennsylvania formed by William Penn in the 1680’s.

There they married and established large families that multiplied over the centuries with my branch of the Brown family finally settling in Indiana and producing my grandfather, Bertie Brown who turned out to be a bit of a rogue.

Grandfather was born in Indiana in 1874 and left home in circumstances that caused him to change his name to Charles Brown-Parker. He met my Grandmother in Fiji, then toured New Zealand with a show biz act before finally bringing his family across to Australia where he died in 1942.  I’ve told his entire and colourful life story in a 14 part Ancestor series on the web starting with his wife’s story in Fiji, midway into the series…

The Quaker story though really starts with a mystery. The family has always believed the original Quaker, Richard Browne of Pottington married Mary Master, the daughter of a prominent Cirencester knight, Sir William Masters. This assumption has now, finally been proved wrong.

Around 1642 young Mary did marry a Richard Browne, but this one was not a Quaker and was not our Richard.

I really have very little knowledge about the English side of the Brown family and would love to know more.I’m hoping Harpenden’s Wilfred H. Brown has descendants still living in the area who may have some clues that will point me in the right direction. Right now I’m leaning towards a Marjorie Mooy being Richard’s wife, and to his family having descended from the Tolethorpe Brown’s.

Hopefully someone reading this will recognise the Brown name and place the two of us in contact. 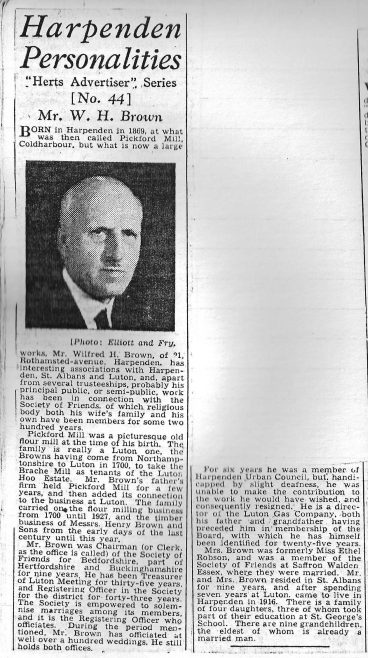