The Centre-Pieds and the Cobra Club

Young People's Leisure Activities in the Years of Austerity 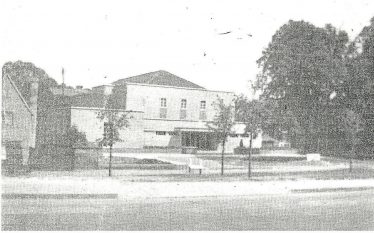 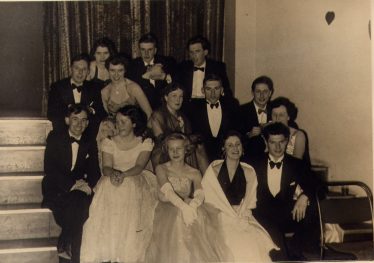 zoom
A Cobra Club night out with friends, Harpenden Public Hall, 1954. John Wyborn is on the left of the front row.
John Wyborn 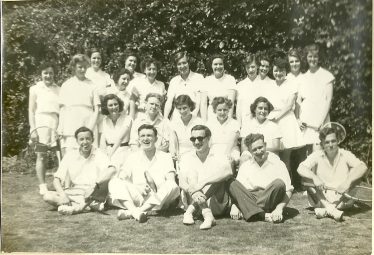 Features of Harpenden life in the 1930s through to the 1950s were the clubs and societies for young people, who in pre-television and wartime days largely  made their own entertainment.  One of these, a ‘singles club’ called the ‘Centre-Pieds’,  was open to young people between the ages and 16 and 30. In addition to social activities it would raise money for the Nursing Centre in Luton Road, hence its name.

When Harpenden Memorial Hospital, ’The Red House’,  was established, it renamed itself rather sonorously as ‘The Chivalrous Order of the Bright Red Ants’ or COBRA for short, and transferred its allegiance.  After the NHS was founded in 1948 the Cobra Club raised money for other charities, notably by running the Annual New Year’s Eve Dance at the Public Hall with Geoff Stokes and his Band.  Most of Luton would come over on the 321 bus and £100 would be raised – a huge sum at that time.  The Cobra Club was unusual in that its monthly meetings consisted of gramophone concerts of classical music, carefully prepared and presented by its members, with suitable introductions.  Hence it attracted the more musical and reflective kind of membership.  A great event was the purchase of a state-of-the art ‘Deccalian’ portable gramophone which allowed members to play the 33 and 45 rpm records that were just beginning to appear, as well as the time-honoured 78s.

Most young people lived at home with their parents in those days, and the Club would meet in their parents’ homes.  If you married, you could still be a member, although married couples tended to get involved in other things.

Two prominent events, however, were outside its normal scope.  Following the 1953 East Coast flood disaster the Cobra Club hastily organised a fund raising concert in the Public Hall, drawing in contributions from other organisations including the Drama League, the Light Operatic Society and the Scouts.  Later that year came the Coronation and the almost simultaneous announcement that Mount Everest had been climbed.  Two of the team, Michael Westmacott and Dr Griffith Pugh, were both at Rothamsted and thus Harpenden residents. In 1954 the Cobra Club arranged a public lecture given by them at the Public Hall.  This was quite an occasion at the time, and various prominent local residents including Sir Harold and Lady Zia Wernher attended.  It raised a fairly substantial sum for the Everest Trust, which was a charity.

Other occasional events were dinner dances at the Waterend Barn in St Albans, where for half a guinea (52.5p which was a huge sum) you could dine and dance in evening dress all the evening. Wine would be carefully selected by the Chairman of the Club, which often comprised Graves or Sauternes – no-one having the know-how of wine-drinkers of today.

Towards the end of the 1950s support for the Cobra Club fell away as the years of austerity began to vanish, and the club disbanded around 1960.