My wife and I, together with our two daughters, were involved with the Harpenden Corps of Drums from 1979 to 1985. 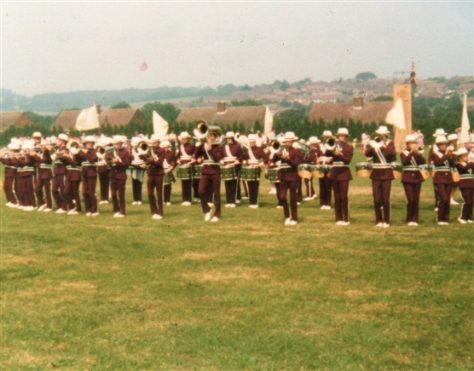 The band was originally a Scout and Guide Bugle Band, but it left the Scout Movement in the early 1980s to become an American-style Drum Corps. The Band was then known as The Harpenden Corps of Drums – The Ace of Herts. The picture above shows the Corps marching at Kimpton Fete in 1983.

Linda Shields took the photos below, when her children were members of the Corps in the 1980s 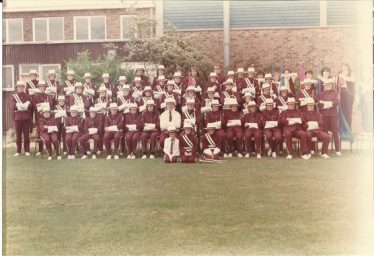 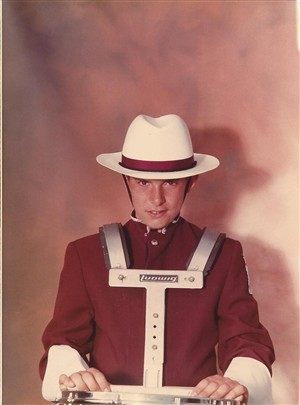 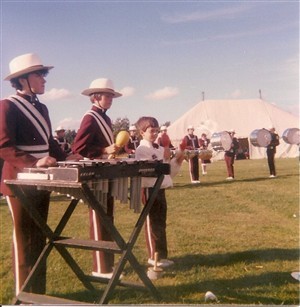 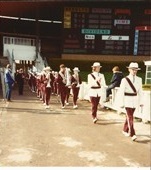 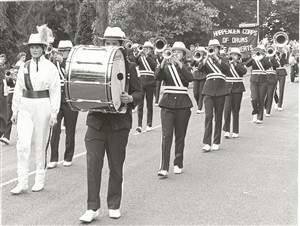