Harpenden Town Football Club was formed as Harpenden F.C. 1891 playing in both the Mid-Herts and Herts County Leagues, winning the Mid-Herts on numerous occasions.  ‘Town’ was added in the 1908. 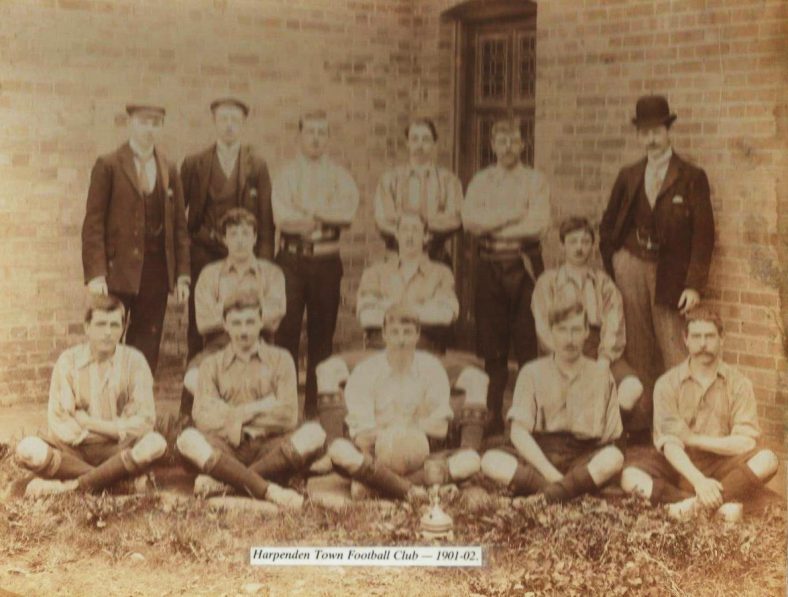 Season 1990-91 saw the last significant investment in the club with the erection of the Centenary Stand, and the installation of floodlights.  The Club obtained entry to the FA Cup for the first time in 1998 and is a regular contender in the FA Vase.

A  turbulent period resulted in relegation from the Premier Division in 2000 and 2005. At the start of the 2006/07 season with a new committee in place their first move was to gain the Football Associations Charter Standard Accreditation, which ensured the correct structures were in place.

On the field the club also required stabilising and it was felt that more local community approach was needed so links with Harpenden Colts were established to bring through local young players ensuring a pathway from under sevens to adult football.

Success soon followed and after only one year Harpenden Town was named Herts FA Charter Standard “Club of the Year” thanks to their community work, which included hosting an anti-racism event, an adult seven aside competition, free coaching offered to schools and junior teams, and the development of women’s football through the Herts youth games.

The past two seasons have seen Harpenden make strides to secure its long term future. However with possibly the worst facilities in the league due to lack of investment and vandalism over the past 20 years, we face a massive task to completely turn around the club’s fortunes.  We now have a new football management set-up with local loyalties and most new players come from the local area. Off the field there is a new committee of local football fans who have not been involved with the club before, supported by the old committee and others who still assist with the running of the club.

There are plans and funding in place to carry out improvement to the poor facilities which should be undertaken in the next year.  With a lot of goodwill to the club and lots of new people getting involved the future for Harpenden Town FC is looking on the up.

Questions have been asked about the possible connection between Rothamsted Research and the Town Football Club, and the significance of the “Lawes Oak” situated at one end of the pitch. Professor Roger Plumb of Rothamsted has commented in reply “Sir Charles Wittewronge made a ‘donation’ of £2 in 1908, and paid his ‘subscription’ of £2 in 1910. (Ed: 1908 was the year “Town” was added to the name). The juxtaposition of the Town FC and the Lawes Oak is I think co-incidental and probably of recent origin as they have not always played on that site”. 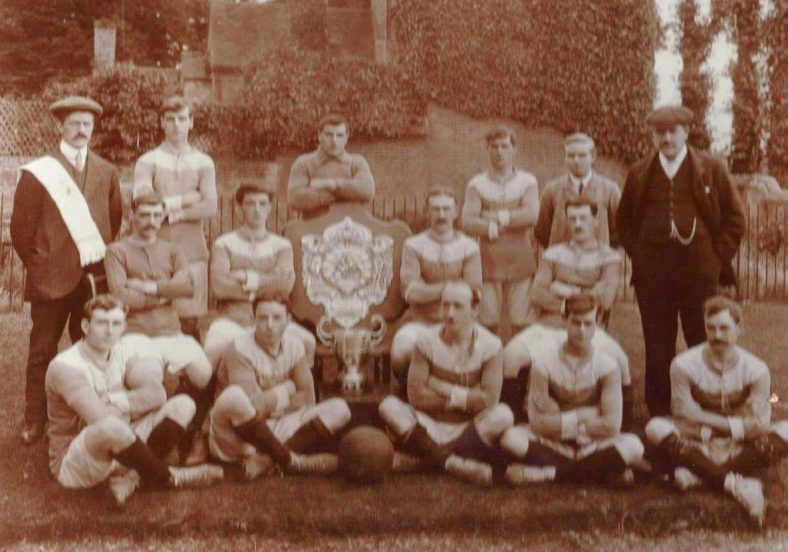 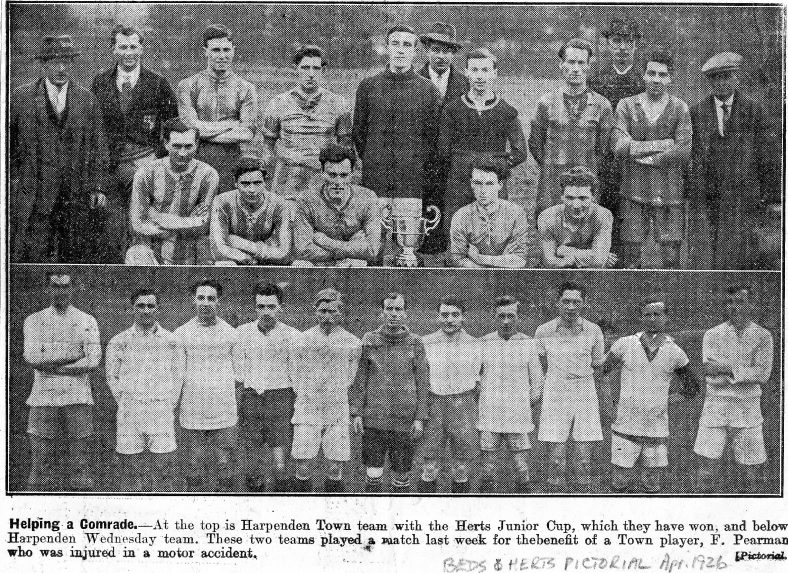