Beginnings on Harpenden Common in 1894

It is not clear whether golf might have been playing unofficially on Harpenden Common before 1894. Clearly there was a demand, and Sir John Bennet Lawes was approached by local golf enthusiasts, including Scottish ‘exiles’ in the community, for his permission, as Lord of the Manor for the establishment of a Golf Club on the Common, which was part of the Rothamsted estate. Sir John was himself keen on the sport, and spent his holidays in Scotland. He gave enthusiastic support and leased land for a small course at a rent of one shilling (£0.05) per annum, as well as making a £5 donation. Subscriptions were one guinea (£1.05) for gentlemen and half that for lady members. The club rented a room from Mrs Grey, wife of Edwin Grey, on East Common at the corner with Cravells Road. By the end of the first year membership had reached 70.

A nine hole course was laid out at the cost of £47 19 shillings and twopence on the upper part of the Race course, south of Cravells Road. By 1901 the clubhouse was clearly too small and a building fund was set up. 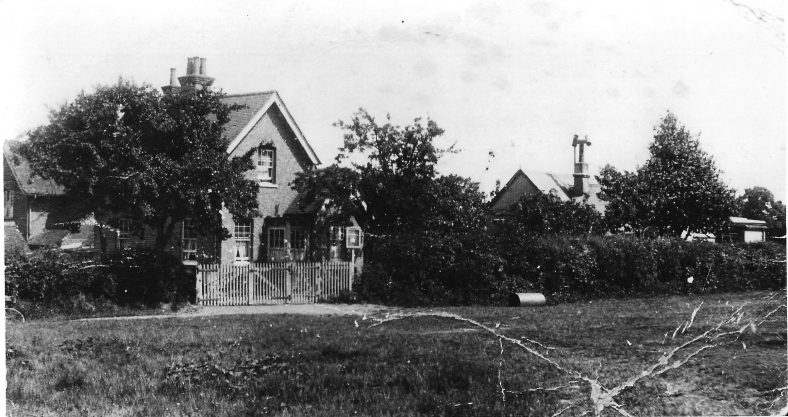 Two years later the club was occupying a timber and corrugated iron structure – of which no photo has survived – on the site of the former smithy and Sheepskin Hall.

Influence of the Races

When the annual Races took place in May, golf had to be suspended. Afterwards the greens had to be repaired – sometimes costing as much as fifteen shillings (75p). The Grandstand was close to Limbrick Hall, and was erected and dismantled for each meeting, and large crowds, with many travelling from London, must also have caused damage.

The 1914 Races proved to be the last. During the war a searchlight and gun emplacement was set up around the clubhouse. Golf, however, did continue, though in a rather restricted fashion. After 1918 membership grew again, and the course was redesigned to provide 18 holes. 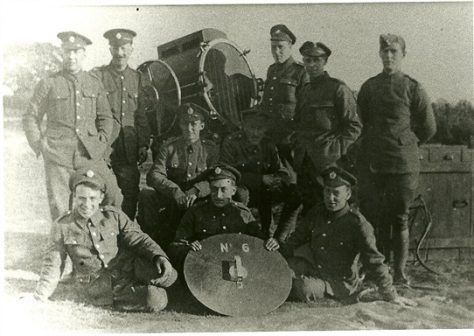 With a growing membership the idea of moving the Golf Club developed. There are various suggestions as to why, including the increasing popularity of Harpenden Common as a picnic place for motorists exploring the countryside. At weekends the Common thronged with visitors. In his book about Harpenden Common Golf Club ‘Boring for Britain”, published in 2014 Jim Putterill made some interesting observations, suggesting that “the members of Harpenden Golf Club voted to find private land on which to build a new course as the majority did not want to play on common land with the inconveniences of having to avoid hitting stray dog walkers and horse riders.”

Jim also describes the search for a suitable site; land in Batford was rejected as being too near to the river; Mr Joel of Childwickbury suggested land at West Common/Hatching Green (site of former brickworks and Hatching Green farmhouse), but E C Jarvis pre-empted this by buying the land – which he developed as the West Common estate. Then land at Hammonds End was chosen, but the house was considered too “beautiful” to be converted to a club-house. The club moved from “decent common turf to some of the worst and heaviest agricultural land in the county.” 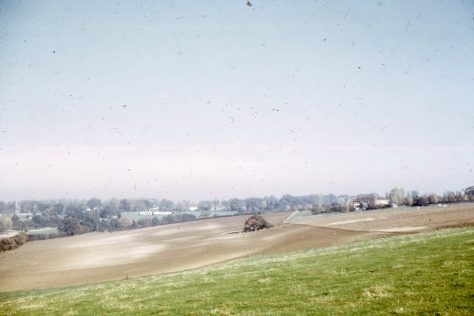 The move took place in 1930-31, with the new clubhouse probably being built by Jarvis, and certainly photographed by his nephew Jim Jarvis. The list of members listed in the 1930-31 Rule Book does seem to imply some social segregation. 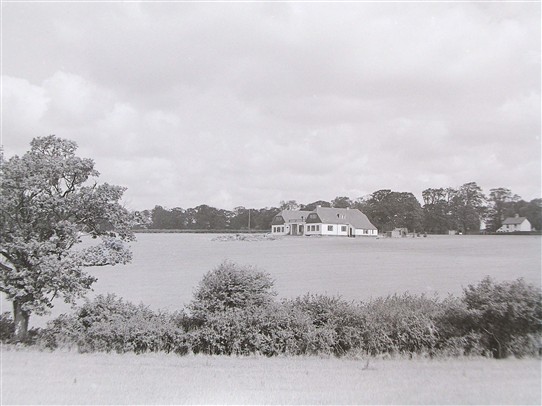 After a year, the renamed Harpenden Common Golf Club was back in action. According to press cutting from March 1933 “A group of keen sportsmen resolved to form a low-priced club for those people – younger men and women – who could not afford an expensive sport. The venture met with instant success and with membership at 280 it will probably be decided to refuse applications after the 300 mark (except when vacancies occur) in order to ensure reasonable playing conditions for all members.” It would be fascinating to see its membership list. However, at their first annual dinner held in the Public Hall, Leyton Road (now Park Hall) in 1934, guests from Harpenden Golf Club at Hammonds End were invited, so there was clearly no serious rupture. 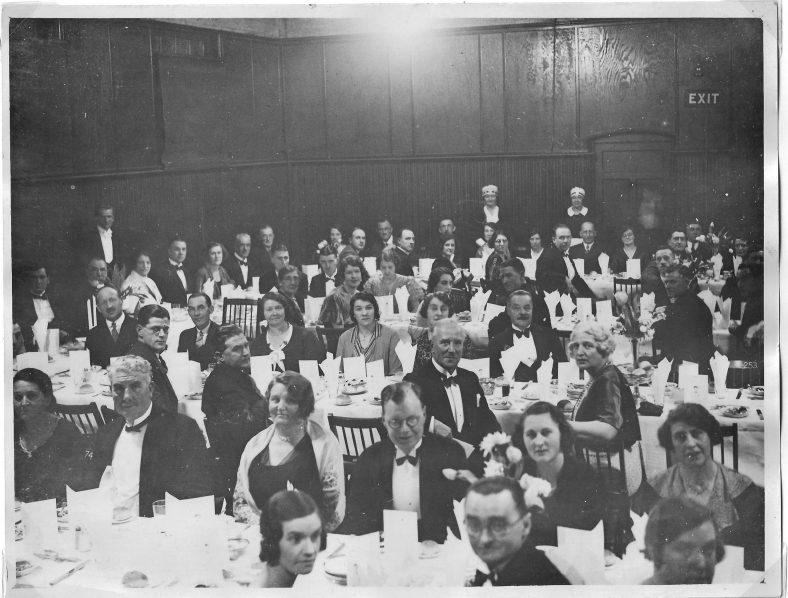 There are relatively few references to golf in our collection of news cuttings, though biographical sketches in the Herts Advertiser of 1946-7 highlight Sir George Beharrel DSO as President and George Randall as the Club’s professional (LHS BF 19A.4). There are even fewer photos in contrast to the large collection of football, rugby, cricket and other teams in the local history archives. However, it was Harpenden Golf Club at Hammonds End that celebrated the centenary of the club in their clubhouse in 1994. 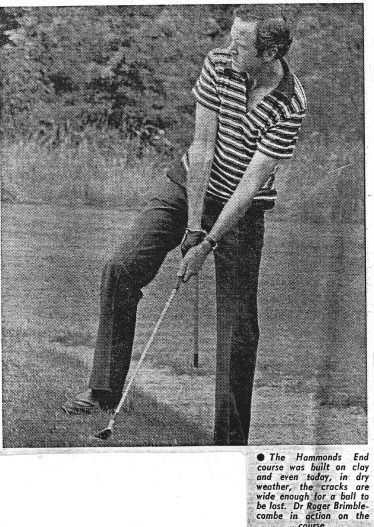 Both clubs have continued to thrive, and to upgrade their club houses, which now host many other social events, filling the gap left by the closure of Harpenden’s hotels (Gleneagles Manor in 2010 and Harpenden House Hotel in 2014). To meet the steady demand for golf courses, new clubs have opened on the outskirts of Harpenden at Redbournbury, Aldwickbury and an open course at Wheathampstead – but their websites do not record their history.

NB  More photos will be added when we have access to our archives.