My recollections of Harpenden before 1914

Extracts from Kathleen Stephenson’s reminiscences of Harpenden before 1914, written for a competition in 1979 (BF 20A 3(L). Kathleen was born in 1896. Her father had been appointed Head Master of the Church School (the National School as it then was) in 1894. Since he loved the Village he stayed in Harpenden until his retirement in 1930, and then until his death in 1940, leaving the family house in Tennyson Road to her: this was her home until 1976 when she moved away. In this essay she aimed to fill gaps not covered in Miss Vaughan’s “Thirty Years in Harpenden” and Edwin Grey’s “Cottage Life in a Hertfordshire Village”. 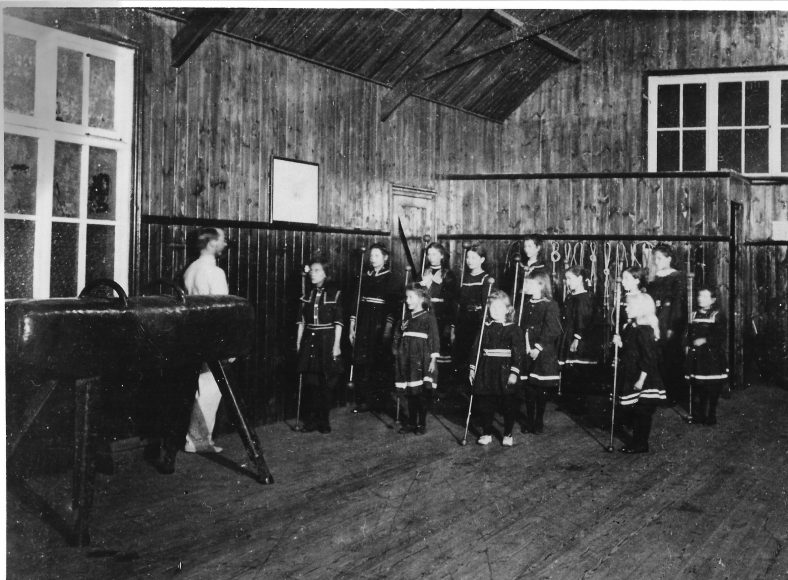 Another centre of recreation and activity was the Gymnasium. This was situated at the top of Vaughan Road, but later (alas) became a saleroom for [second-hand] furniture (Charlie’s). In its hey-days it was a well-equipped gymnasium with apparatus of all kinds. I remember the vaulting horse, the parallel bars, the horizontal bar, the rope ladder – the “flying trapeze” – and smaller things like dumb-bells, bar-bells and Indian clubs. Part of the large hall was partitioned off to make changing rooms for men and women. 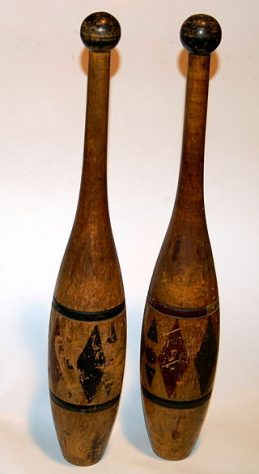 I regret to say that I do not know who financed all this, I just enjoyed the results. In my time it was run by a Mr Stuber, who lived with his sister at 1 Orient Villas (11) Cowper Road. Mr Stuber was very deaf, but he made light of this disability and carried a large ear trumpet. This was the only means of speaking to him, apart from sign language, but he had no difficulty in speaking to other people, including children, who were rather fascinated by his ‘trumpet’. 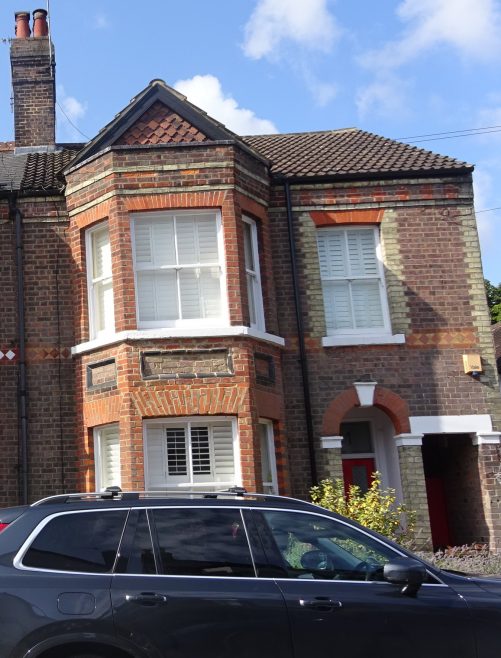 Mr Stuber was backed up by many Harpenden residents, amongst whom I remember Mr and Mrs Cotton Rowley of ‘Wrekin’ on the west side of Milton Road (site of Avon Court). Men ‘instructors’ were employed, and amongst these I remember Mr Upton of St Albans, and Mr Alec Olver whose family lived on the Rothamsted Estate. These instructors were assisted by various ladies, who played the piano to accompany free-standing exercises, club swinging etc, and for items in the annual display and competition. One item I remember was a Japanese Fan Dance in which performers, including myself aged 6, wore kimonos and decorated their hair with flowers. The day of the display was an important one for the young gymnasts, and they worked hard to practice efficiency in exercises, and neat landings.

Members of all the classes wore ‘uniform’ – white flannels for men and boys, and for girls blue serge frocks – coat-shaped and decorated with rows of white braid. The children also had to wear strong leather belts in case they needed to be saved from falling. These belts were indeed strong, and usually made by Trustrams (at 1 Station Road or Thodys the saddlers (64 High Street between The Old Cock inn and the Old Red Lion).

The funds for the gymnasium were augmented by the proceeds of an annual monster jumble sale, for which the boys enjoyed collecting saleable goods. Marking all these things must have been a colossal job with real hard work, but I was blissfully unaware at that time of how it was done. I suppose Mrs Olver (senior) and her friends did most of it.

I cannot tell the story of the end of the gymnasium. It probably coincided with the beginning of the 1914-18 war, when so many of the young men I knew went off to serve in the armed forces. I attended classes from 1902 until 1910.

Certain families, many of them large, attended the gymnastic classes regularly. I remember in this connection the Pellants, the Fishers, the Woolstons, the Walkers and the Dowlings. Arthur Pellant was an expert trick cyclist, and would occasionally give spontaneous exhibitions in the High Street where he had plenty of room, unimpeded by motor traffic. 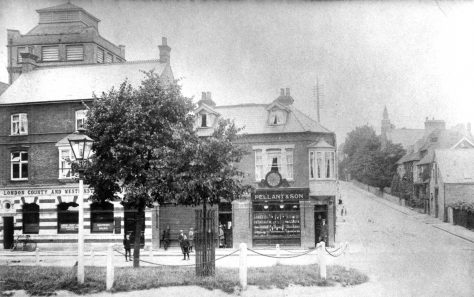 In 1905 the Parish Magazine noted that “As subscriptions don’t pay for the Instructor’s fees and the previous year’s donations were low, the annual jumble sale in May will be relied on to meet other expenses. In 1909 it was recorded that the “first display of drill, gymnastics, boxing and P.E. will be held in the Public Hall on 28th April. Other items will be given by a team from the Harpenden Gymnasium and St John’s Church Cadets. The programme will be varied by vocal and instrumental music, and that Mr Stuber would be leaving his role as Hon. Sec. and Superintendent, which would be taken over by Mr R Rowley. (LHS Archives NC-SCRAP 21.7)

The Parish Magazine for 1915 records that the “13th annual display of the Harpenden Gymnasium was held at the Gymnasium rather than the usual venue at the Public Hall (now Park Hall), owing to it being used as a Recreation Room for the soldiers. The accommodation was not so generous, but the programme was successfully completed. Instructor, Mr A.Olver presided. (LHS archives, NC-SCRAP 9.23e). In June 1915 Mr Olver joined the 3rd Batt Herts Regt, in response to a recruitment drive (LHS archives NC-SCRAP 10.34.7). During WWI the Gymnasium was used for training the Harpenden Volunteer Training Corps (LHS archives NC-SCRAP 9.30)

By the 1920s the old Gymnasium was used first as Mr Harding’s property auctions, and then as an auction house – Charlie’s – for furniture etc. It was pulled down c1980 and replaced by Charles House. 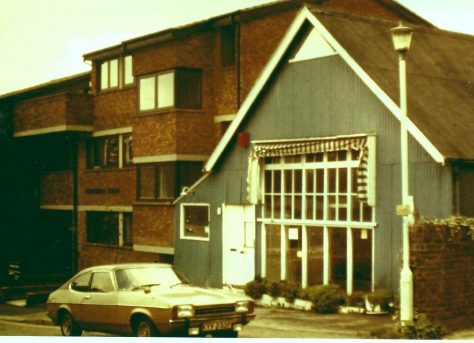 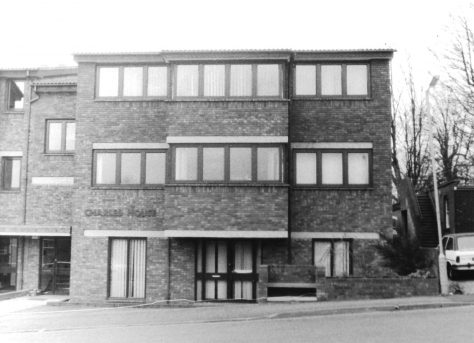