Memories of school before the Great War

Found among Ron Staines’ papers (BF 20A 3p): a letter to the Secretary of Harpenden History Society, dated 20 January 1981, from R J Richardson of 54 Stewart Road, who attended the school in 1912 when he was 6 and where he remained for 3 years:

At last month’s display I met Mr Simon Cotton and happened to mention to him that I went to school at Topstreet farmhouse. He said he did not think the Society was aware it had ever been used as a school and would I write you a few notes from my memory. As you know the old farmhouse still exists at the corner of Topstreet Way and Crabtree Lane. 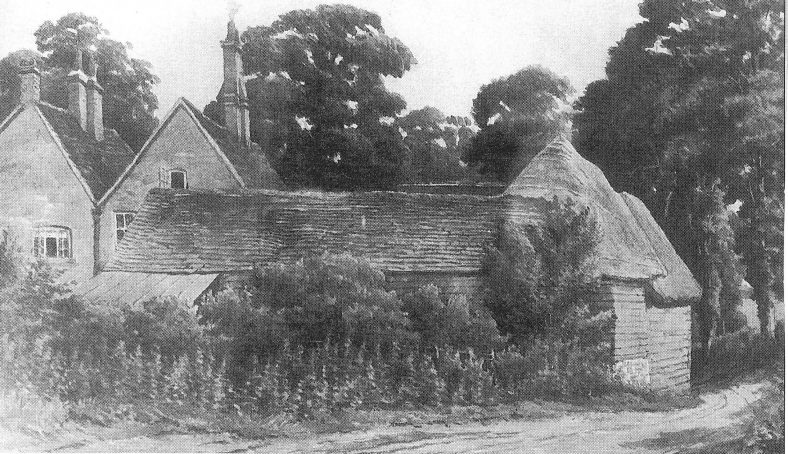 Lower Top Street farm and barns alongside Crabtree Lane. Credit: LHS archives – scan from a photocopy of a loaned photo

The school comprised the two biggish front rooms and was run by a Mrs Brown and her daughter who lived at the corner of Milton and Spenser roads. They had one young assistant teacher, and there could not have been more than 25-30 pupils: we were divided into three classes so got plenty of individual attention.

There were large barns adjoining Crabtree Lane, a pigsty, a duckpond and all the time the work of the farm went on around us. Mr Dunckley was the farmer and the farm extended eastward up Crabtree Lane and westward as far as the railway. Some local people you may know went to the school – Leoni Crowther who lives in Milton Road, Marjorie and Howard Hasseldine (children of the artist), Stanley Cole (who runs New Mill End farm) and his two brothers and Edna Claridge (now married to Dr Robert Williams) who still lives in Harpenden. 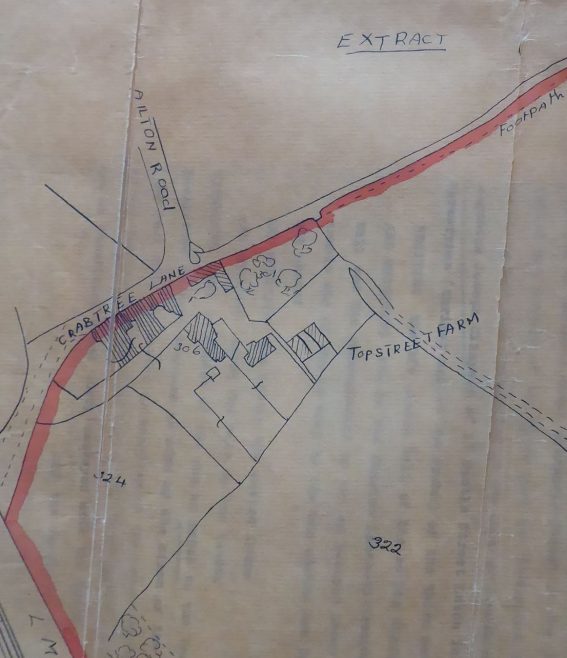 I lived in Wheathampstead Road (now 52 Southdown Road) just round the corner from Crabtree Lane and remember the races on the Common: the last one of each meeting started from in front of our house and I have been told I saw Steve Donoghue on one of the horses. Walkers and Cravells roads had hoggin and peat laid on them where the horses would cross.

There was a little shop in the Bowling Alley between the Queen’s Head (now the Skew Bridge) and the Skew Bridge which sold sweets and my mother would give me a halfpenny which I would spend by buying a small packet of desiccated coconut made up to look like tobacco for a farthing and a sweet looking like a cigarette for the other farthing. An acid drop on a stick immersed in sherbet in a paper bag cost a halfpenny. 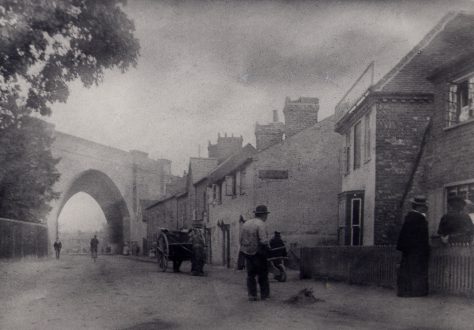 Every day a flock of sheep used to be driven down Crabtree Lane to graze on the Common. Mr Watler in Queen’s Road used to milk his cows and bring the milk round to us still warm: there was no pasteurisation in those days. His eggs were a shilling a score. His man used to drive the cows across the Common to Hatching Green for grazing and back again in the evening. 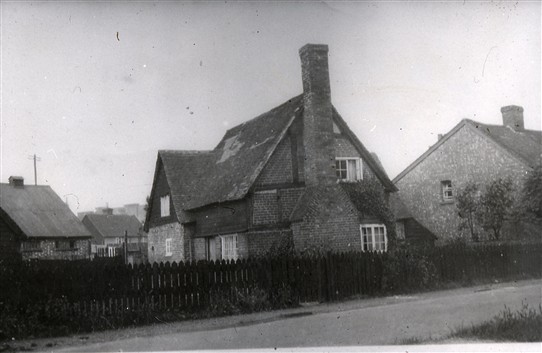 My grandfather told me that Sir John Lawes thought the Skew Bridge was an eyesore and he had a double row of trees planted on the Common (opposite our house) so that he and his guests would not see it when they came out of the drive of Rothamsted Park. For some reason the trees never thrived and very few of them are left now. 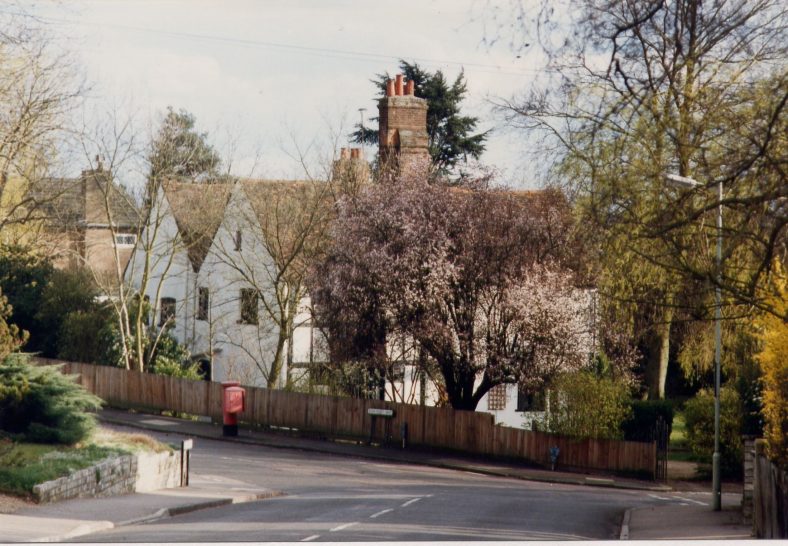