The search for where they were

Shortly after the publication of Francis Smith’s memoirs in the last Newsletter (issue 123) a search of the British Newspaper Archive found the advertisement reproduced below in the Morning Post, which had recently been added to the archive. This is the same property that was put up for auction in 1836 (reproduced in Newsletter 116, page 21 – see below) but with additional details that allow positive identification of the site.

The fox hound kennels referred to lie to the north of Kinsbourne Green. Inspection of the Harpenden Tithe Map and Awards of 1842 shows that only one property in the Kinsbourne Green area matches the description. This is the house with 101/2 acres of land owned and occupied by Jonathan Payne on the south side of Kinsbourne Green.

The boundaries of the property are marked on the extract from the Tithe map reproduced below which also shows the location of the kennels. The house lies to the east of Pollards Farm. Payne presumably bought the property at the auction of 1836. 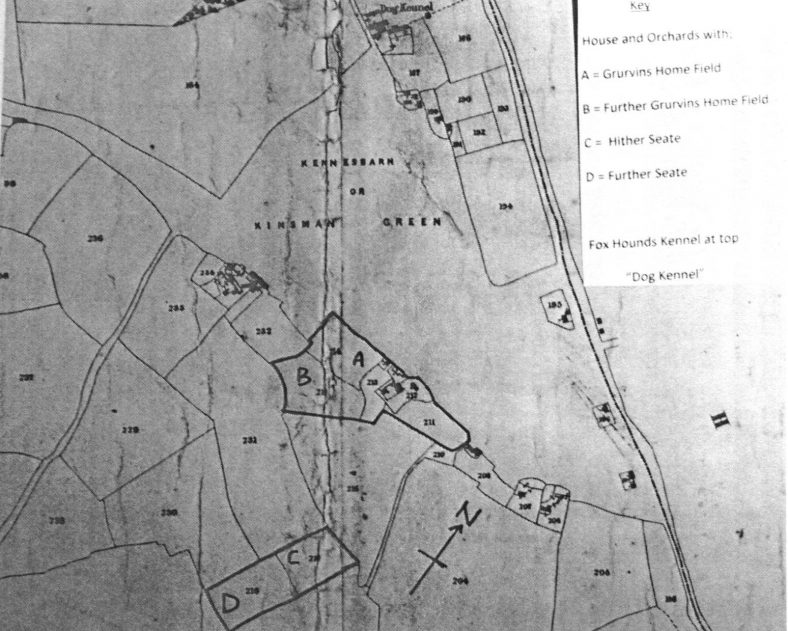 The ‘Mrs Mercier’ in question was Grace, née Langdale, who married John Baptist Mercier in 1774. Pigot & Co’s Commercial Directory for Hertfordshire, 1826/7 lists her as running a “ladies’ academy-boarding” in Harpenden, so the Kinsbourne Green house was vacated some time between then and the beginning of 1834. Her full name was Grace Maria according to her husband’s will. 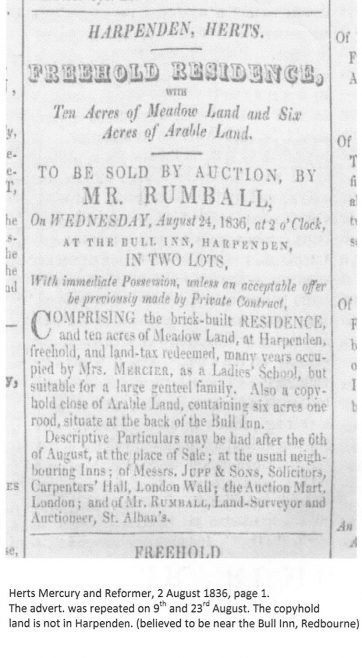 By 1832 Grace was about 82 years old and had been assisted by her daughters Mary (born c1783) and Elizabeth. Elizabeth was born in Harpenden on 6 July 1790 and baptised on 31 August according to the Parish register. It is unlikely that Grace actually operated the small school at Church Green, where Francis Smith recalled the ‘misses Mercier’.

Grace was buried at Harpenden (burial number 1031) on 2 January 1841, aged 91, and in the 1841 Census for Harpenden only Elizabeth is listed, described as being of independent means and aged 40. Surely a slip of the enumerator’s pen! Shortly thereafter the school was closed and Elizabeth moved elsewhere. Mary retired to Kent, where she died in 1873.

Further research will hopefully both shed more light on the Merciers and others who ran private schools in Harpenden and identify other properties that were used as schools.

Note: the property matches Verona House, which was auctioned in 1907 and whose land can also be seen on the the photograph from the Luton Hoo Estate map below. 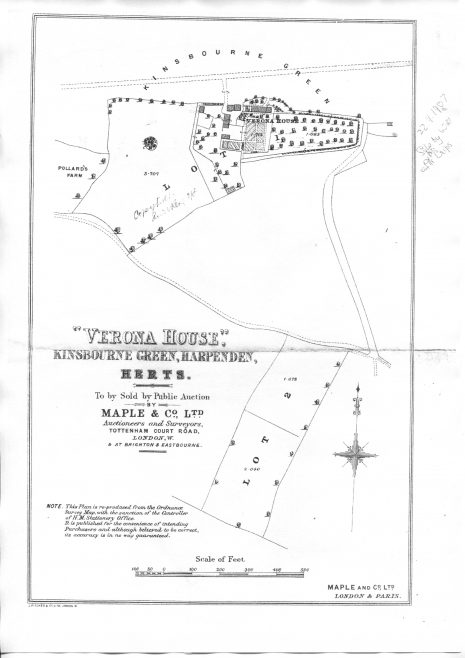 Verona House, for sale by auction in 1907. Credit: LHS archives 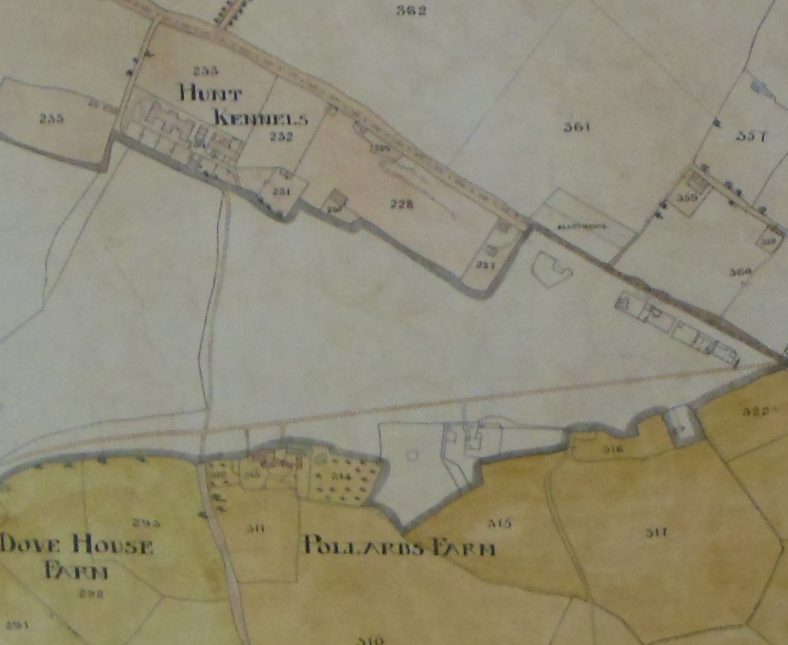