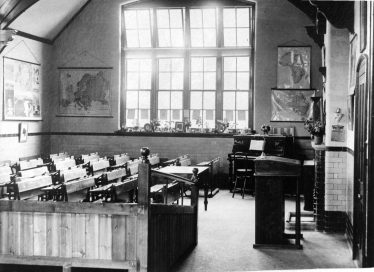 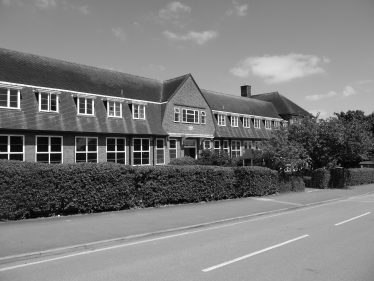 Thinking of school days in the 1930’s, most of us were taken to school, either St Nicholas Church School or Victoria Road Council School, by our mothers, walking from as far as Westfield and Bowling Alley (Longfield Road) areas.  Both schools were for 5-14 year old girls and boys.

Lessons would start at 9am, with a mid-morning break of 10/15 minutes to drink a bottle of hot or cold milk costing a half penny, and finish at 12 noon.  All of us walked home to dinner and walked back for lessons at 2pm.  I emphasize lessons because we were not allowed to wander about but had to sit at our desks, in silence and listen to the teachers, who were able to command our attention.  There was another break mid-afternoon and then we went home at 4pm, again most of us being met by our Mothers, unless we had someone in the senior classes who would take us home.

One particular teacher at the Church School, Miss Rogers, inspected our hands and finger nails at the beginning of every morning and afternoon, woe-betide you if there were any signs of dirt.

At the outbreak of war our dinner break was shortened to 12 – 1.30pm in order that we could finish school by 3.30pm.  Everyone was then advised to get home quickly before dark and before the sirens sounded to warn that enemy aircraft were flying in the direction of Harpenden.  Sometimes, the sirens sounded during the school hours and those of us at the Church School would in very orderly fashion, file from the classroom and sit out in the corridor on little mats (I suppose this must have been the safest part of the building, being in the centre of the School).  We were all allowed a ‘tuck box’ in case the air raid lasted for a long period – which didn’t happen.  Of course, we always carried our gas masks, and wore some form of identity.

I can remember my class teacher marrying Mr Rees and I believe a Mrs Shadbolt was married during this period also.

Whilst we didn’t have a lot of money I can recall stopping at “Buckingham’s” sweet shop – now Challis – where a kind elderly gentleman or his assistant, Sylvia, would serve you – perhaps with two blackjacks for a half – penny.  On the corner by the fountain, during the summer months there was always a Walls “Stop Me and Buy One” ice cream man with his barrow.  There used to be an old man with a dolls’ house, on a barrow, with white mice running all through it, does anyone else remember this?

During those days sheep used to roam the Common , and Mr Watler’s cows used to graze on the Common on their way from the pasture in Southdown Road (now St Dominics School) to the farm yard in Queens Road (now Bowling Close flats).

All children of eleven years upwards were transferred to Manland School, when it was opened, unless they passed the 11-plus examination and were then educated outside of Harpenden.  Schooling then was 9 – 4pm with dinner in the canteen for which you paid unless you had sandwiches.

It was planned that there would be a uniform when Manland School opened but due to the war and shortage of clothing coupons this idea had to be shelved, but we still had to dress respectably; jeans wouldn’t have been allowed, I’m sure.

A rule of the School was: you must live beyond the Skewbridge before you were allowed to cycle to school.  This rule was often broken.

Girls were not allowed to have long flowing hair; it had to be plaited or tied back.  This was to prevent lice being caught by hair touching the desk.  There were regular medicals and a nurse frequently checked our hair “for unwanted visitors”.

At this time, Redbourn did not have a Senior School so two coaches carried children to and fro from Manland School everyday.  Also situated in the upstairs room at Manland, were pupils of the Hugh Middleton School.  (I think this is the correct name)  These seemed like ladies and gentlemen to us as they were 17 -18 year olds and quite smartly dressed.