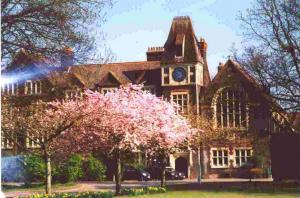 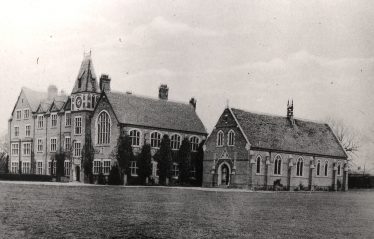 St. George’s School, Harpenden, was founded by the Rev. Cecil Grant in 1907. Having relocated his school southwards from its  origins at Keswick in the Lake District, Grant and his wife set about establishing a new school for his boarder pupils, one which centred around community and the Christian faith.

Some of the School’s original buildings remain in use, with the Chapel and Keswick Boarding House still entertaining young Georgians despite pre-dating Grant’s arrival in 1907. Grant brought with him families from the Lake District, those which would become the bedrock of the well-reputed communal atmosphere which the school still retains.

Grant’s tenure as headmaster saw both progression and despair, as St.George’s grew rapidly in the years following the school’s establishment. As a co-educational boarding school, St. George’s was fairly unique in the early 20th Century, and attracted an eclectic mix of characters and minds which served only to enhance the school’s charm.

After seven years of growth and development, Grant’s school was to be brought crashing back down by the impending war in Europe. The Great War (1914-1918) claimed the lives of 19 Old Georgians who served in the British Army, many of whom had held prestigious positions due to their well-regarded education. These fallen former pupils still resonate with the school today, with two of the school’s houses: ‘Monk’ and ‘Goddard’, being named after two of these brave old boys.

Befitting of the school’s strength of character, Grant led St.George’s through a resurgent period, with numbers swelling and new buildings being added throughout the 1920s and 30s. It was eventually in 1936 when Rev. Grant consented to retire, handing over the job of Headmaster to Dr A H Watts. The school’s second Headmaster proved to have equal tenacity and industry as his predecessor, developing the school’s reputation on the sports field and in the local community especially during the Second World War.

Adapting to the 21st century

The post-war era continued to be a story of growth and development. The 1950s and 60s saw the most extreme additions to the school site, in line with the school’s transition from a private school to a voluntary aided state comprehensive.

From its humble beginnings in the Lake District, St. George’s School has become a hugely popular and successful institution of learning. Currently educating over 1300 pupils including a Sixth Form of around 400 pupils, St.George’s remains one of the highest achieving state schools in the country, whether it be in exam results or on the playing field. The school has, nonetheless, managed to retain the charm of these humble beginnings, in its emphasis on faith, community and a desire to learn.

Joe Pennell is a Year 13 student at St George’s.  He hopes to study history at University. Ed.