Among Councillor F N Gingell’s files about Harpenden schools (donated to the Society’s archives in 2000 and recently catalogued) a fragile copy of the programme and syllabus for the fifth Annual Harpenden Schools Festival in 1947 has emerged. Mr Gingell, proprietor of Harpenden Dairies which introduced the concept of free school milk in 1926, was a councillor on Harpenden Urban District council and Hertfordshire County council, where he served on the Education Committee. 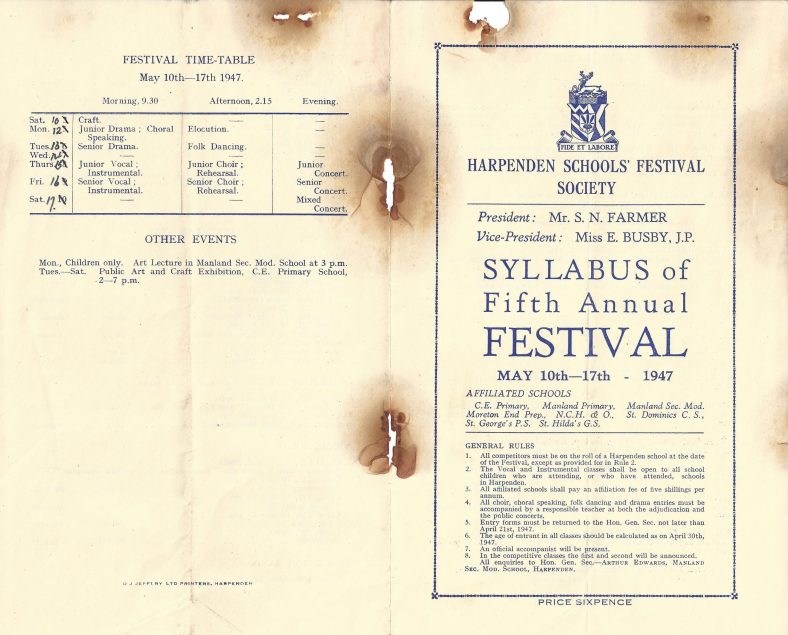 The Festival started in 1942, and among photographs of Manland Secondary School, recently re-filed, there is a photograph of the Country Dance Team taking part in the 1943 Festival, together with names of those taking part. 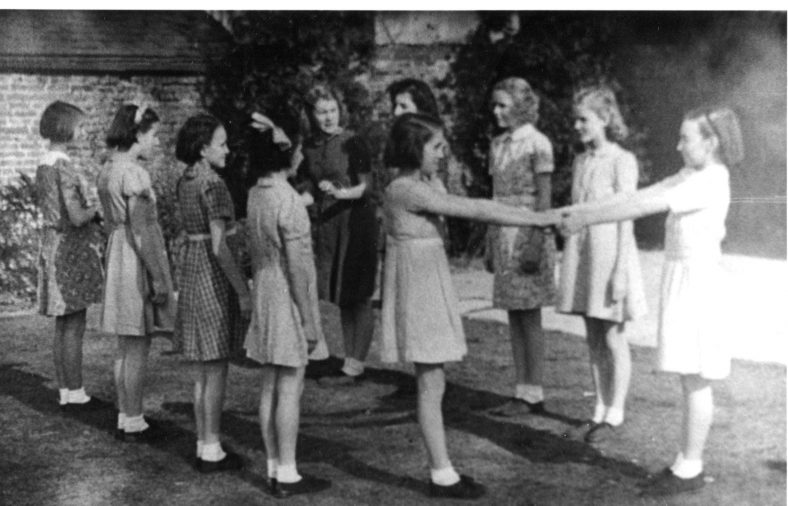 There is also a photo of the Manland School Dance team, preparing for the 1953 Festival in the Public Hall. 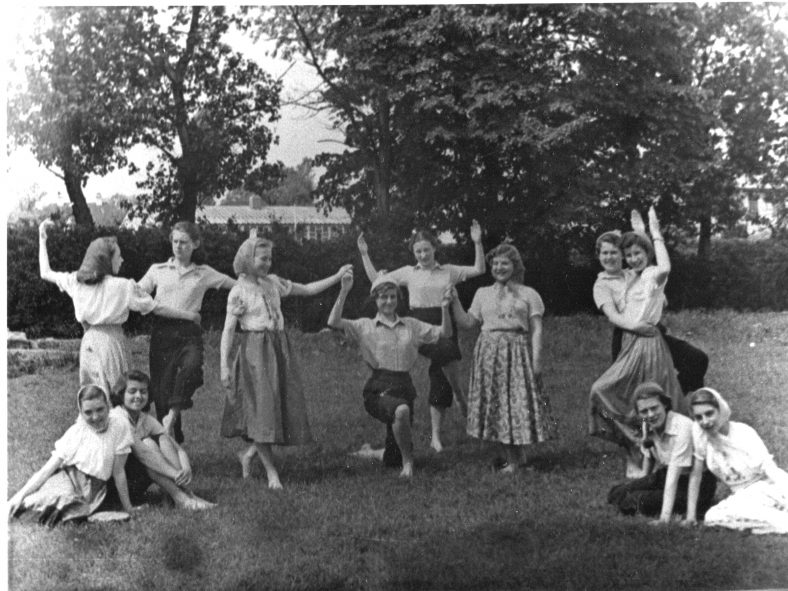 The programme for 1947 shows the range of musical, artistic and craft categories, and the rigour of judging by 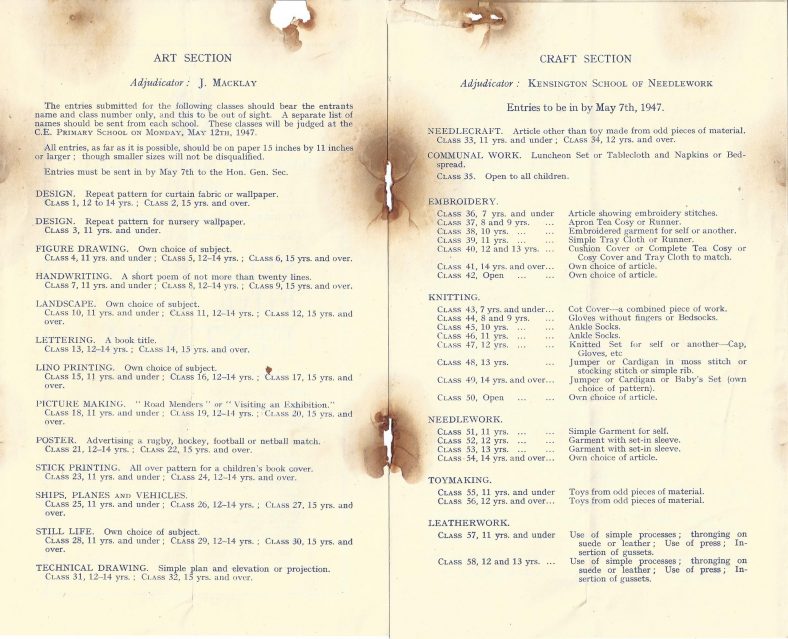 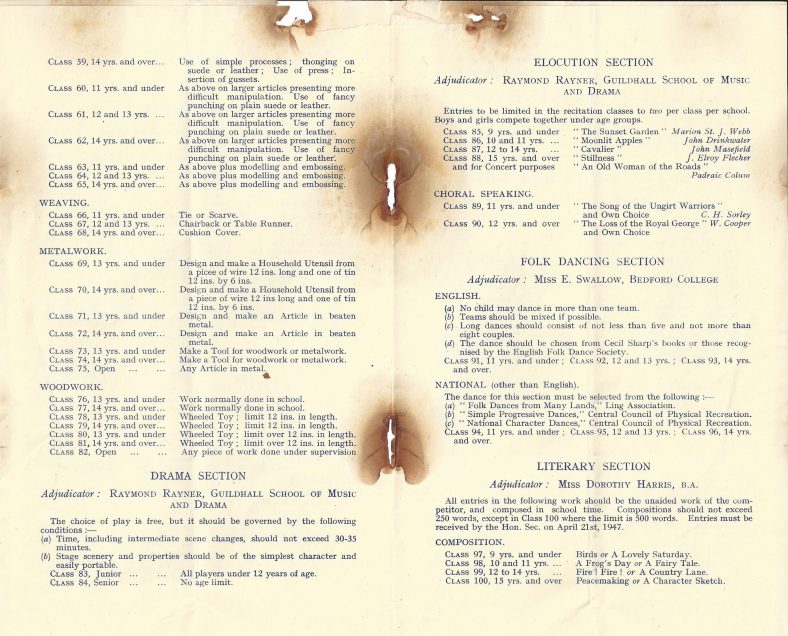 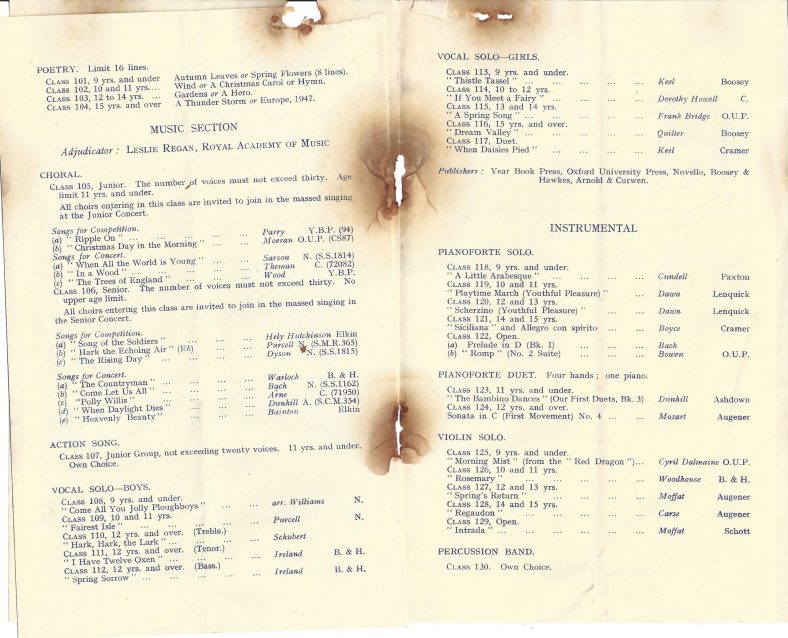 When scans of the 1947 programme were posted on the “Old Harpenden Years Gone By” Facebook page in July 2018, a range of wonderful memories were revived:

Timothy Collier –  I remember taking part early 1950s: solo “I know a Bank, where on the Wild Thyme grows”, standing on the raked steps from stage to floor, Public Hall: think I did Ok, and Mum coached me, but don’t remember which exact year, or if I won or runner up!!

Margaret Hamon – I remember it very well . I was at Batford Junior School (now known as Sauncey Wood School I understand). I took part in the school choir and plays. Some photographs of our play “The Stolen Prince” already appear on this site [ed we are seeking permission to add this photo]. We also had paintings and needlework items exhibited. I remember the lovely cakes exhibited by the “big girls” at Manland Senior School.

Barbara Alexander –  I was at Batford Junior too, and remember being coached by Cynthia Southern for an entry in choral speaking. We learnt “From a Railway Carriage” by R.L. Stevenson. That must have been 1952 or ’53.

Margaret Hamon –  I had forgotten about choral speaking and it reminded me that I also took part in individual recitation. The poem I learnt then (probably 1951 or ’52) was “Silver” by Walter de la Mare and I remember it to this day! Happy memories

Pat Fryd – I remember the Festivals well…I was at Manland from 1945 to ’52 I think.  I sang in choir. I remember going to all the drama entries from the different schools, included “A Midsummer Night’s Dream” done in the open air at St Dominic’s…as well as choirs, etc etc Those were grand times!

Rita Chapman – I sang in the choir at several festivals; they were all very exciting – performing at the Public Hall.

Pat Jones – Choral speaking, coached by the wonderful Miss Rumble at Manland around 1950 to ’54. Taking part in the individual singing contest. A girl from Manland won it and sang in the evening concert. “TIP TOE , TIP TOE THROUGH THE TREES AND WOODS I GO, TREADING SOFTLY ALL THE TIME, I CAN HEAR THE WOODLANDS CHIME, I STRETCH MY ARMS UP TO THE SKY, MY HEART HAS WINGS UP UP I FLY. Funny the things you remember. Annette Trevett also competed, I can’t remember the name of the girl that won, I think it was Valerie, and I believe she came from Southdown. Also all the Harpenden school choirs, including St George’s which was a private school in those days, performed in unison. It must have been quite a problem keeping all the children under control.

In 2015 there had been another set of memories on the Old Harpenden Facebook page, including

Ernie Arnold – Cynthia Southern was brilliant in getting us to do choral speaking. The only one I remember now though is a poem about a train – its rhythm sounded like a train when it was performed. I also remember playing the shoemaker in “The Shoemaker & the Elves” – I must have been about 10.

Brenda Fraser – At the Church School we did Plays and Country Dancing for the Festival and if I remember right Manland Seniors had a School Choir. 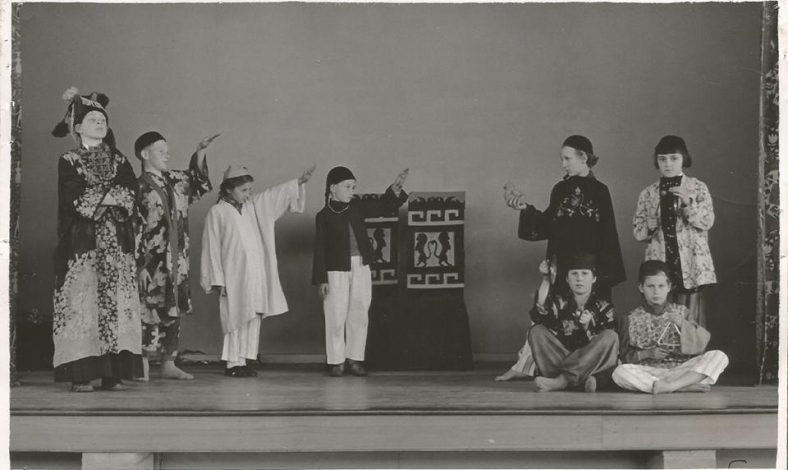