From Wartime Day Nursery to Ministry of Education Nursery School When I actually took over at Batford in 1944 we took children from the age of a few months up to the age of five. The babies were in the care of a qualified children’s nurse, and I had four nursery assistants and two young helpers from the [National] children’s home in Ambrose Lane. All the mothers had to be employed in some kind of war work, and had to produce a certificate from their place of work each week. The hours were fairly long, from 8.00 am until 5.00 pm, but it was surprising how 5.30 pm lengthened until 6.00 pm, and 7.30 am was considered the correct time for 8 o’clock!

The building was a “pre-fab”, one with a lovely garden with just a few pieces of outdoor equipment. A small amount of indoor play material was in place, a few puzzles, some pencils and crayons and some books, but it was left to the ingenuity and skill of the staff to produce as much as we could to supplement what was provided. An old galvanised bath served for water play, paper was begged from anyone who could produce it (ironed out if it should be creased). Scissors, extra crayons and various toys appeared from unexpected and different sources, while the staff made water play aprons from rubber sheeting, and empty tins had holes punched in the bottoms to serve as sieves for dry sand, and for colanders in the water play. It was surprising how careful we were of this apparatus, everything was picked up off the floor, and the pencils and crayons were used to the very end. The children became very careful of the books, because as we told them “we can’t have any more if you don’t take care of those you have got”.

The school was heated by dry coke-burning upright stoves, the coke was kept in a heap beside the pram shed. The coke hods had to be filled by the staff and carried into the play rooms. We had a cook who produced a mid-day meal, a snack with milk at 10.30 am and a snack at tea time. Of course the black out curtains had to be drawn when the light began to fail, and great care had to be taken when opening the front door, even though the corridor light was rather dim. The holidays were two weeks for the staff, plus Christmas Day and Easter Monday, and these fortnight holidays had to be staggered as the nursery never closed.

So it went on with the numbers varying as to age, until 1947 when the time came for the nursery to become a real nursery school under the Ministry of Education. Of course that didn’t happen all at once because it wasn’t possible to alter hours, holidays and reasons for admission overnight.

However by 1948 our office board at the gate proclaimed “Batford Nursery School” under the Ministry of Education Authority and the ethos of the school began to change. The babies who were already there were allowed to stay on – there were five or six children under two when the final change took place, and school hours and holidays were finally established – not, I may add, without some grumbles from some parents who had been used to the old regime! 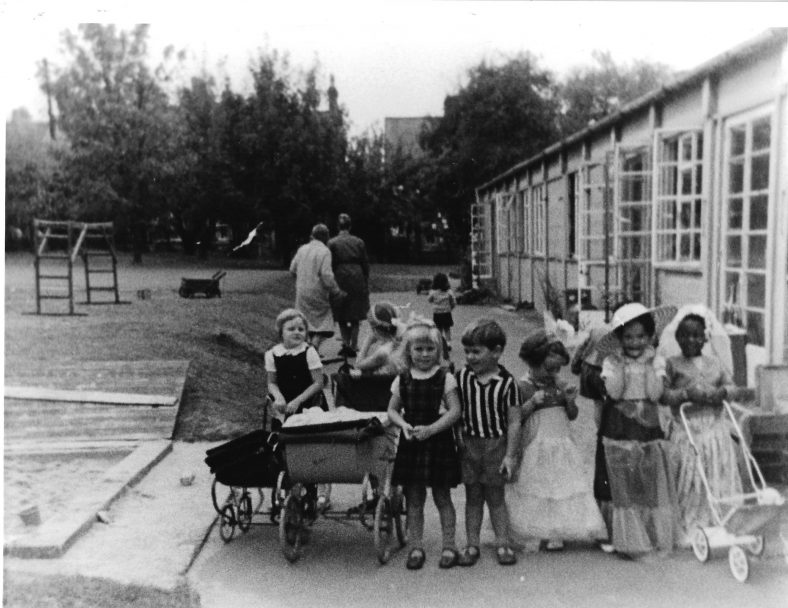 So Batford Nursery School became a unit catering for fifty children between the ages of two and five years old. The staff comprised a Head Teacher, another qualified teacher, three trained nursery assistants and two NNEB students who attended two/three days a week, the other days being in college working for the NNEB qualification.

The Education Authority produced some more outdoor equipment and also some more toys suitable for indoor play. The Head was responsible for ordering equipment from various firms and if the order was accepted by the Authority, that equipment was delivered to the school. The fact that you couldn’t get exactly what you wanted or needed kept the idea of taking reasonable care of everything very much to the fore in everyone’s mind. Much later the Head Teacher was  given an allowance (as was the case in all schools) and this allowance had to cover the cost of everything including all cleaning materials. This freedom to order what was considered necessary to run the school well, made things very much easier. 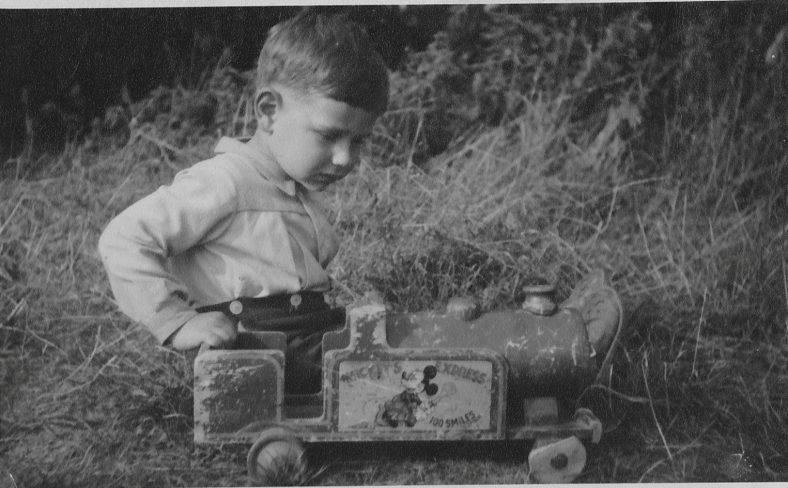 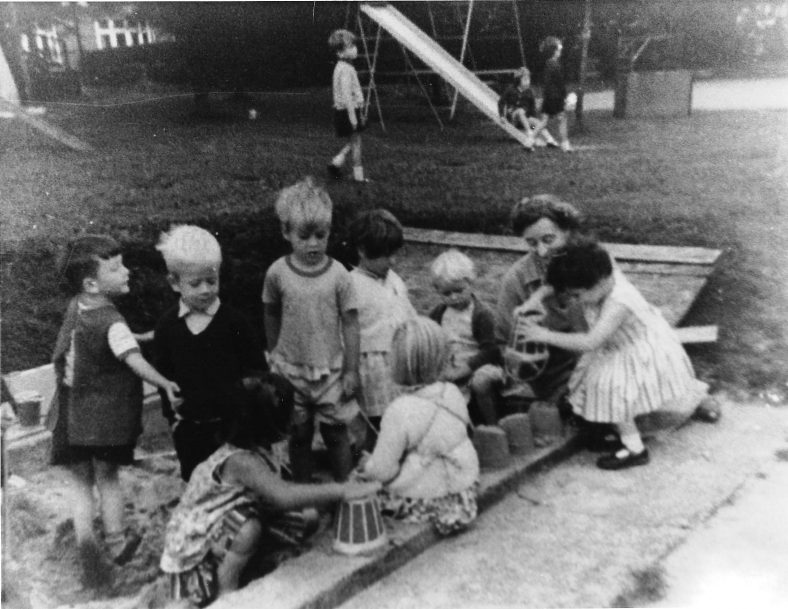 As nursery school education became more popular with parents, so there was great competition for the places which became available each term, and the chairman of the school of governors together with the head teacher, had to allocate these places. Going out to work was no longer a reason for coming to the nursery so we had to decide what grounds were priorities for admission. Doctors’ certificates or Health Visitors’ Reports were considered, but the waiting list became even longer, and no child could have a place until they were turned three. Everyone stayed all day and had dinner which was cooked in our own kitchen; the kitchen staff  were very much part of the establishment, and after dinner the children all had an hour’s rest. The camp beds were put out, and folded away at the end of rest time by the staff who of course put away all the garden equipment, which grew in quantity year by year.

The children came from quite long distances, Batford being the only nursery school in the Harpenden area. Mr Kershaw’s coach provided transport for a very modest payment, and the coach with its driver and attendant became part of school life. School Inspections took place as was the case in all schools, and a report was made by Her Majesty’s Inspectors, and was entered in the log book

The majority of children on becoming five went to Batford Infants School, and to Crabtree Lane when that school opened. Batford Nursery School was a very happy place and I like to think many children were given a good start in life because of the happiness, care and stability they received at their nursery school. 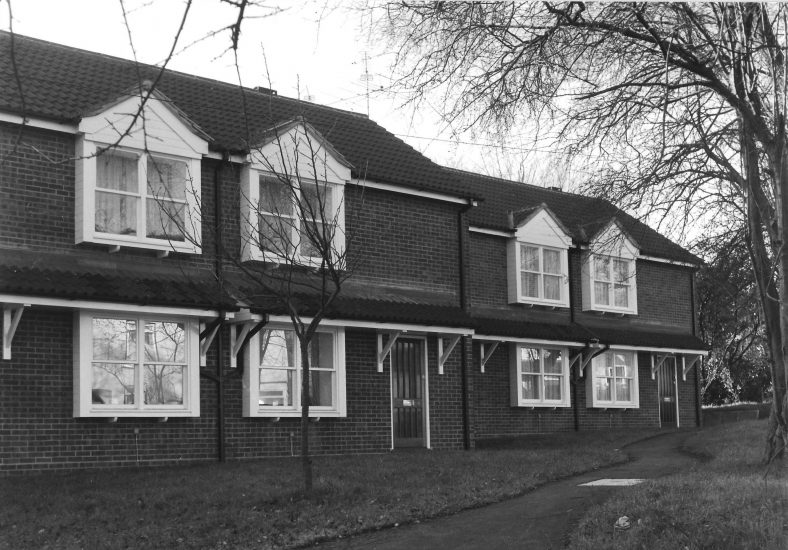 Ambleside in Station Road was built on the site of the Nursery School when it moved next to Batford Infants School. Credit: LHS archives, LHS 001322, E Meadows EM 199/15/6

By Margaret Johnson, Headteacher from 1944