I started at Walton House School when I was six years of age. It was run by the Steabben sisters in a house at 18 Tennyson Road, a short walk from where I lived (in Clarendon Road – see photos below). Several children from the Ox Lane area attended, including Pauline Bailey, and Vivien Finklestein, the Russian refugee who lived with us during the war. At the end of the school day we all used to walk home together. 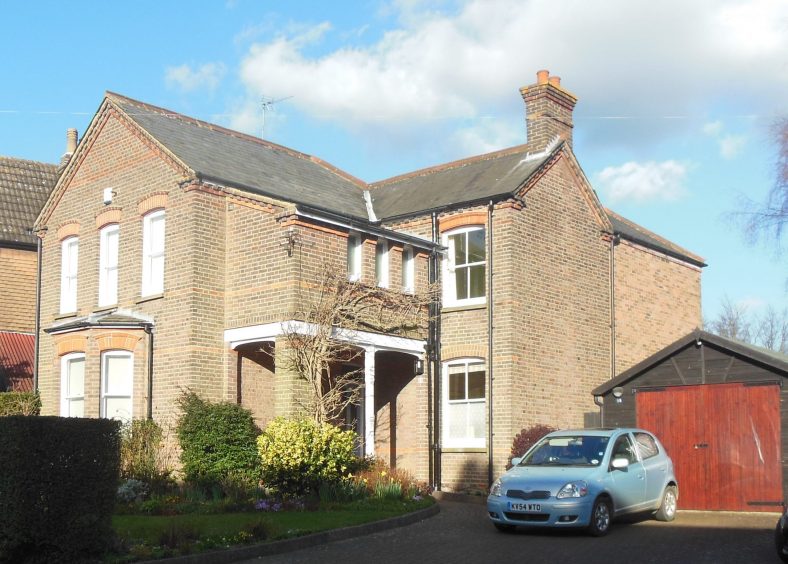 There were two classrooms, both in the large downstairs room of the house. The older children (up to age 12) were taught in the front part facing the street, and the younger children in the back half. I was in the back section, where we sat on wooden benches behind long desks. Discipline was strict, but the ladies were kindly as I remember, and we received an excellent education.

I used to stay to lunch which we ate in a room behind the classroom. There was one long table with benches on each side down the middle of the room, and a single benchtop on the side wall, which is where I sat. We were squashed in and had to keep our elbows in to our sides when lifting our forks to eat. The sisters used to come and make sure that we were sitting bolt upright as we were not allowed to touch the backs of the children sitting behind us.

A treat – to walk round the garden

As a special treat, after lunch, we were allowed to walk round the garden behind the house. We walked round and round the paths in a crocodile, and then sat under the large horse chestnut tree making skeletons from the veined leaves.

We had drawing lessons when we all gathered in the front classroom, and Miss Steabben hung up something like a coathanger, or pegs, for us to draw. We also had sewing lessons. The only thing I can remember about those was that we had to do French knots, and that I found these almost impossible. One day I was kept behind until I could finish off my flower properly. Unfortunately it was the day that my godmother was meeting me from school to go shopping in the village. She was a friend of the Steabbens family, so when I told them my godmother was standing out in the street waiting for me, I was allowed to leave. I do not think I ever mastered French knots.

We also had dancing lessons, which took place in the Public Hall in the village. After the classes were over two of the older girls (Lilian Skillman and her sister) used to walk me as far as the footbridge over the railway line in Carlton Road, and I walked the rest of the way to Clarendon Road on my own. I remember we rehearsed for a performance to display our talents to our parents, but I was too big to be a duckling, and not expert enough for a main part, but cannot remember how they included me.

The end of Walton House school

In July 1945 the sisters decided to retire, and we had a farewell party in a small hall in Southdown Road (probably the Friends Meeting House, ed). Each child was presented with a book in which was written “A small remembrance, with love from Eva Steabben”. Mine was called ‘Mother Nature Trees’, and I still treasure it. 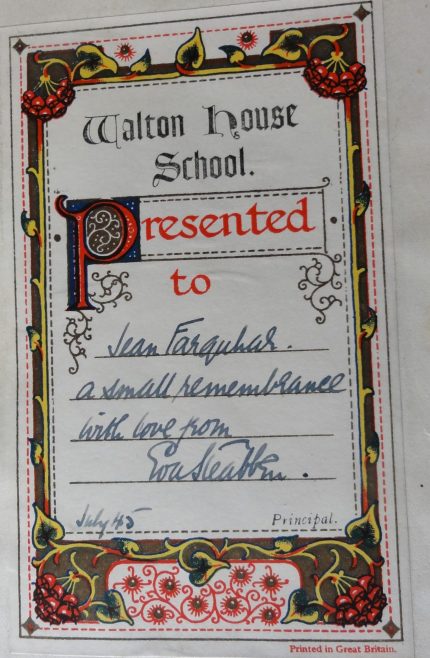 So at the age of eight I had to change schools, and was enrolled at Manland Junior School. The Headmaster interviewed me, and asked me to read to him. My Walton House education meant that I was put in a class a year ahead of my age group. We had all been given a a good grounding, which would benefit us in later life. They were happy times. 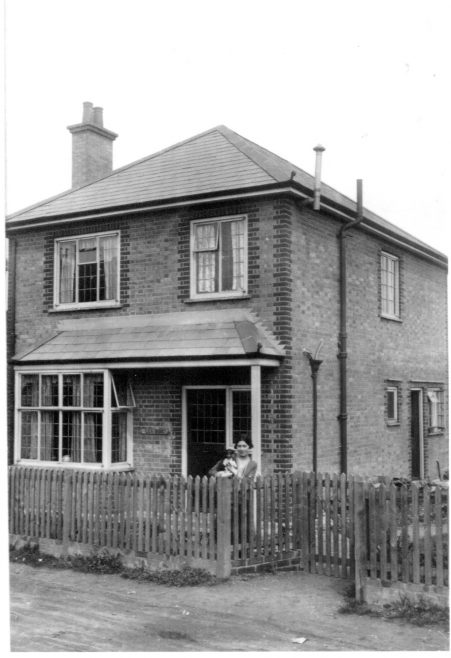 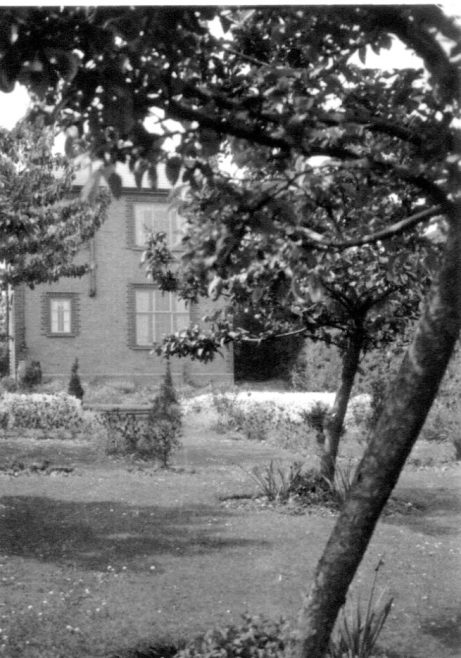