Harpenden has been visited by several well-known entertainers over the years. Ellen Terry lived here 1868 – 1874 at Pigeonwick near Fallows Green. The house resembled a chalet and had a room over the gateway where she would rehearse her lines. 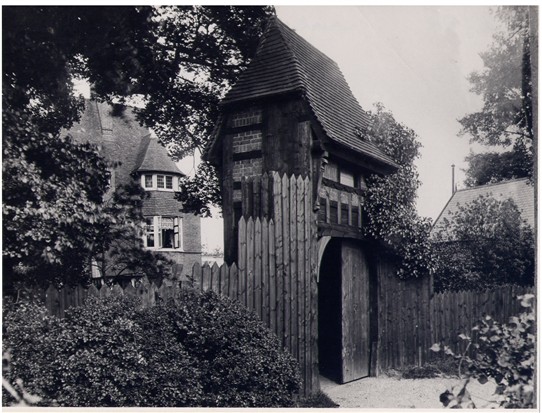 Eric Morecambe came to Harpenden in May 1961, living first at 5 Oakway and then at Brachefield in Redbourn Lane. He had started a partnership with Ernie Wise in 1939 when he was 13 years old. Following his death in 1984 the main hall of Harpenden Public Hall was refurbished and named after him. The plaque to Eric Morecambe in the Public Halls will be transferred to the New Eric Morecambe Hall in 2021.

Frank Ifield came in 1975, well known as a pop singer in previous years and lived close to Eric Morecambe on the corner of High Elms and Redbourn Lane.

Stars of stage, screen and pitch

Josephine Tewson the actress of West Common, married Leonard Rossiter at the Parish Church in September 1958.

The cricketer Peter Parfitt married in Cardiff and came to Breadcroft Lane in November 1963 until he left for Gloucestershire in 1972.

Other ‘notables ‘ include: Ben Travis in 1920s/30s; writer Sheila Kaye -Smith; actress Evelyn Laye and Ursula Bloom, who was employed as a pianist at the White Palace Theatre and went on to become a bestselling author. 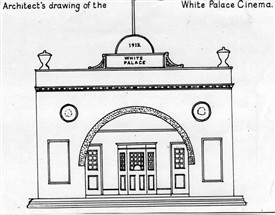 A TV personality, Peter Haigh, came from Wheathampstead and lived at The Cedars, Milton Road for two years until March 1971 when he went to live in Portugal. 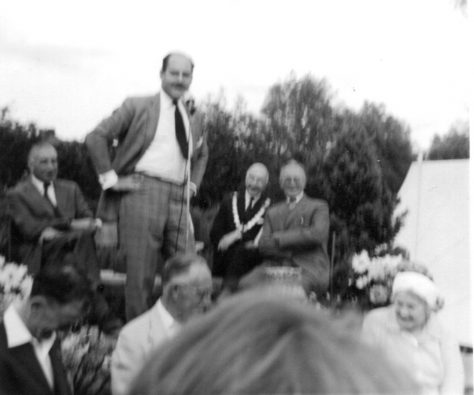 Two radio personalities ‘Gert and Daisy’, Elsie and Doris Waters, played a round of golf at Hammonds End on June 24th, 1949, assuming they ever stopped talking.

And of course, not forgetting Kenneth Horne, who was educated at St George’s School.

Elmfield School, part of the NCH in Ambrose Lane built a swimming pool in the main building to help the handicapped children and this was opened by the popular TV children’s entertainer Mr Pastry (Richard Hearne) at the end of April 1964.

Esther Rantzen came to Harpenden on 17 October 1995 when she was appointed to be the first President of Community Meeting Point at 40 Luton Road.

The Wombles were here in 1975 – on Harpenden Common?

We were not short of local talent: Roland Swallow the pianist who had played at the White Palace Cinema in Amenbury Lane and later became a piano teacher and tuner. He played for the Rainbow Entertainers and Scouts Gang Show for 30 years until his death in 1983. Little heard of until up to the end of the war he has since gained a fine reputation and now stands among the foremost in local ‘stars’.

Paddy Paddison and his doll Archie whom he got in 1937 and was said to be 10 years old then was very popular as a ventriloquist and was in demand at schools and children’s parties. Archie went into semi-retirement in 1957 to make way for a new character to take over. He died in September 1995.

Punch and Judy have always been popular and Kenneth Bond, also a local councillor, was known as the ‘Punch and Judy Man’, as well as giving illustrated lectures about Harpenden until he died in 1976.

The Rainbow Entertainers was formed by combining the Rainbow Concert Party and Harpenden Young Ladies’ Choir in 1948. They produced many pantomimes and providing entertainment over many years.

Southdown Entertainers drama group was formed in June 1987. Their last show at the Public Halls was on 14 November 1997, as their active membership had declined.

The Maguire Singers Madrigal Group formed in early 1972, and turned professional in June 1973.

A birthday celebration was held in 1964 to mark 50 years of Harpenden Sewer Works and the entertainment was provided by a group especially formed for the occasion and was called ‘The Sewer Rats’.

The beginning of a long career in entertainment started in childhood but took off in 1961 when a double act called the Daverns was formed by David Tarbox and Ernest Almond. They went on to provide the entertainment for socials and wedding receptions and today Ernie runs ‘Smartie Arties’ in Southdown.

A couple in the Red Cow in Westfield Road got their act together and Ernie Collis and his wife Dora played the accordion and tambourine to entertain customers for the seven nights leading up to New Year’s Eve 1975.

One who was even more a showman was ‘Balham’ Peter Johnston of The Close who had a Balham car and used it for fetes and carnivals etc from 1967.

The Three Horseshoes on East Common was taken over by Terry Lightfoot and his jazz players in February 1978 and put on jazz nights until he left in December 1987.

Transcribed from a document in LHS Archives