Based on the presentation to the Harpenden Society on 7 December 2017.

The reservations books for Harpenden Public Hall, which have survived in our archives, are an interesting reflection on local village activities before, during and after the Second World War. 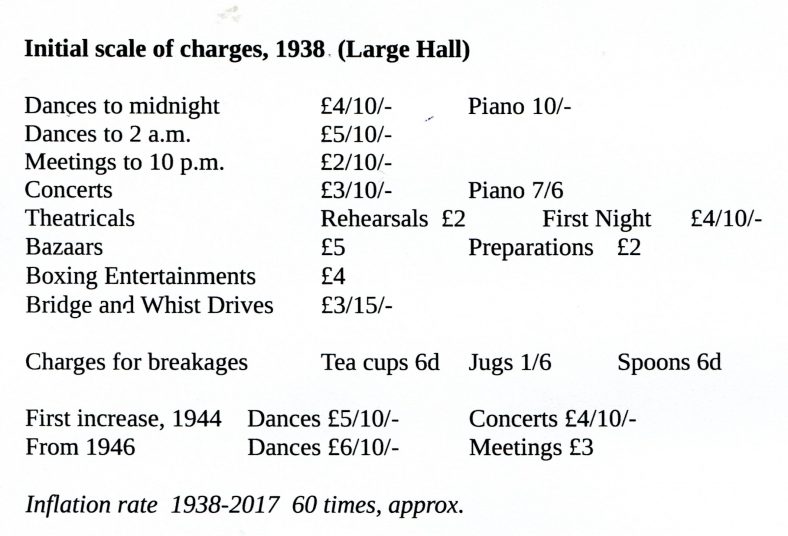 A scale of charges also includes provision for Wedding receptions up to 6 p.m £3; Dinners and Suppers £4; and variable charges for use of the piano: for dances 10/-, for concerts 7/6, for meetings 2/6. In addition, use of Tables cost 4d each and Drinks Waggons 1/- each. There was a 20% increase for commercial and out of district bookings.

In the period from October to December 1938 there were 14 dances, 6 socials and parties, 2 dramatic performances, 3 sales and bazaars, 14 meetings, 4 concerts and entertainments, 2 whist drives, also classes and demonstrations:

In July and August 1939, with the threat of war imminent there were 4 Wedding receptions, 1 Children’s social, 2 Whist Drives, 1 meeting

With the declaration of war on 3 September, most bookings in the period up to December 1939 were cancelled. Not mentioned in the register was the use of the halls as one of the centres receiving evacuee children from London and allocating them to their billets. There were lectures for Air Raid Wardens lectures, and the regular YPSS meetings. Dances resumed in November and December, and there were a Whist Drive, a Rothamsted Social, and Children’s Christmas festivities. From 1941 there was a large increase in the number of dances, many organised by or for service personnel stationed in Harpenden, as well as fund-raising events. 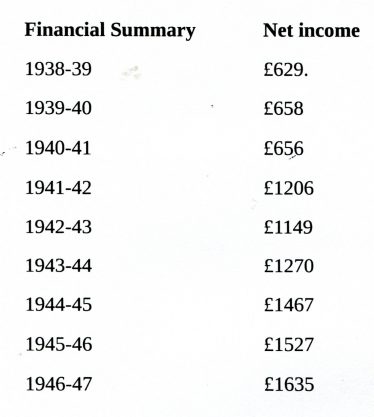 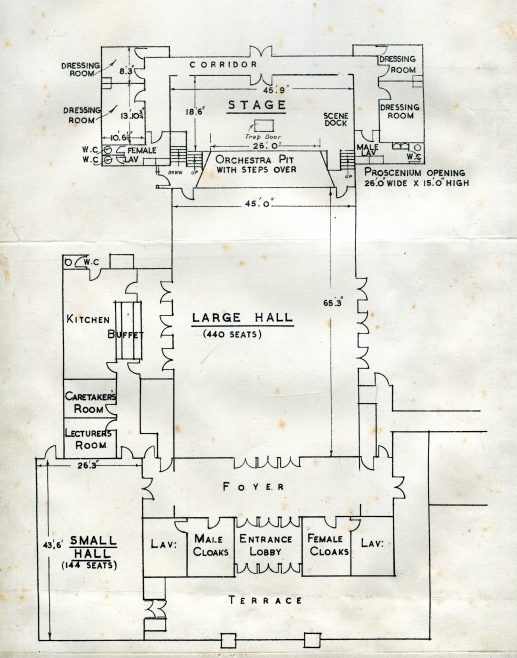 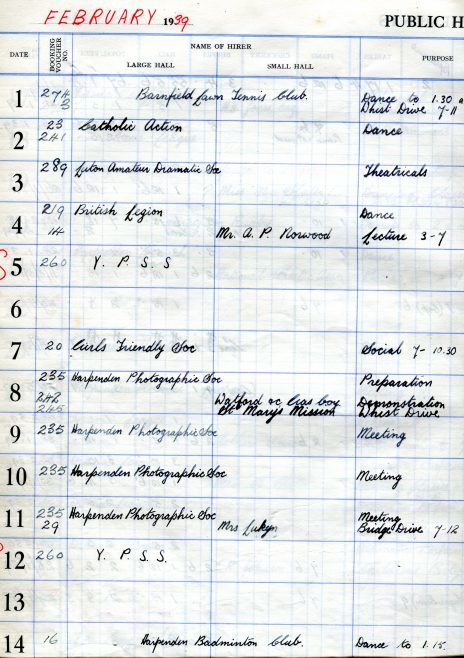 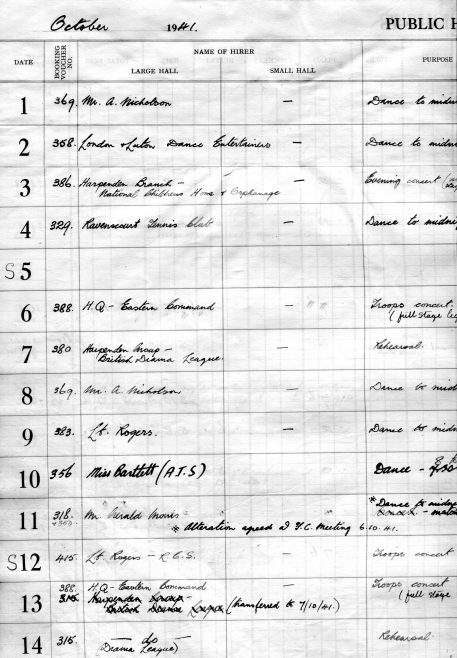 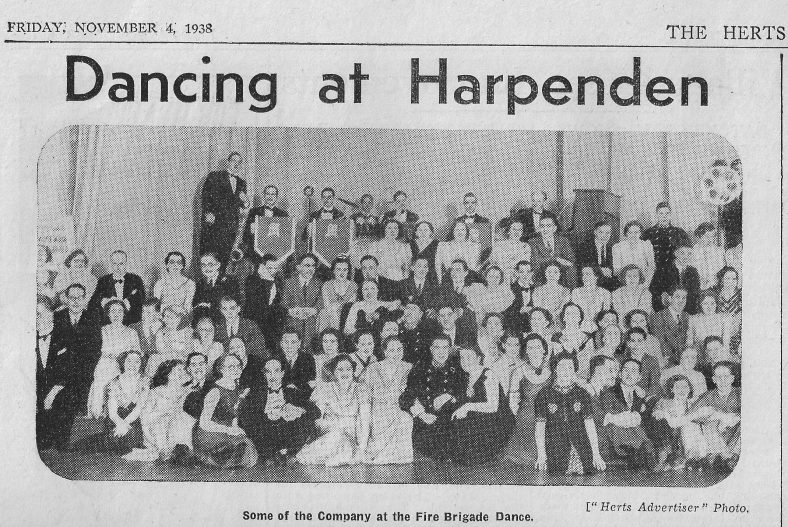 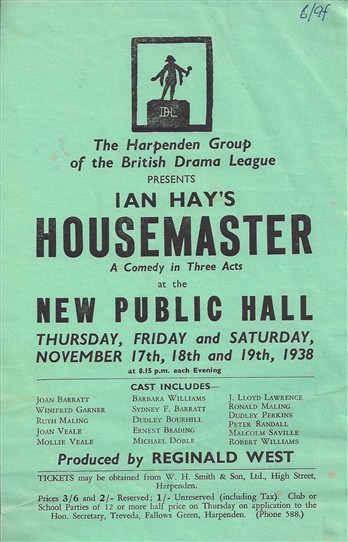 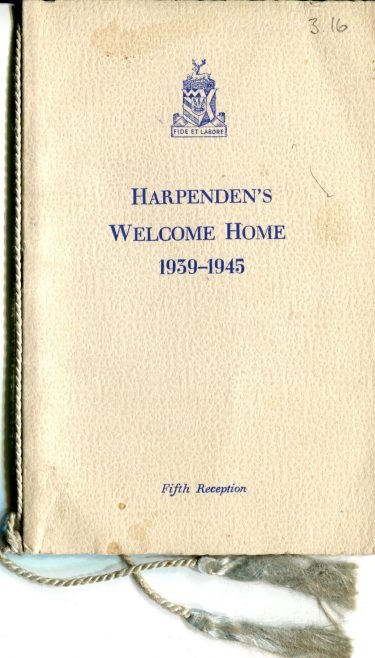 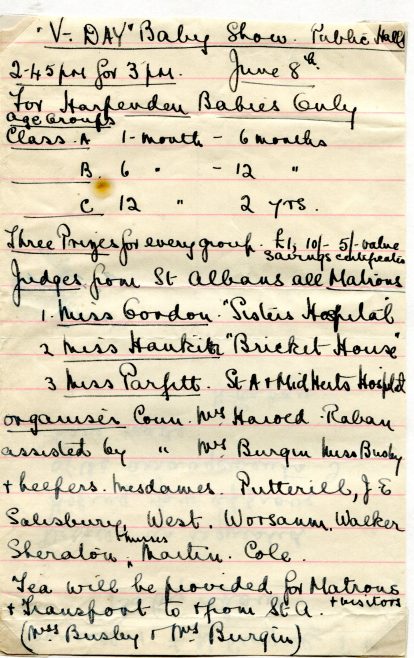 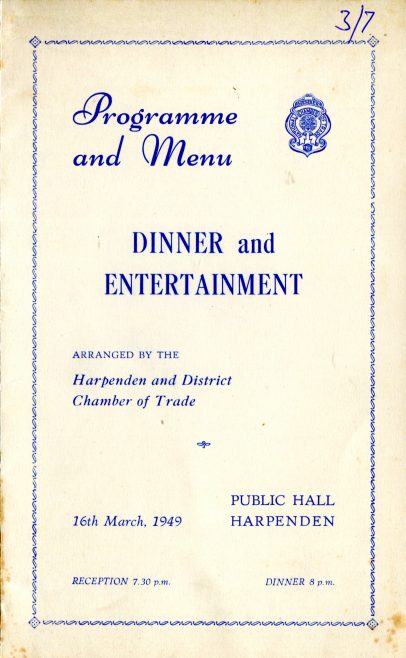 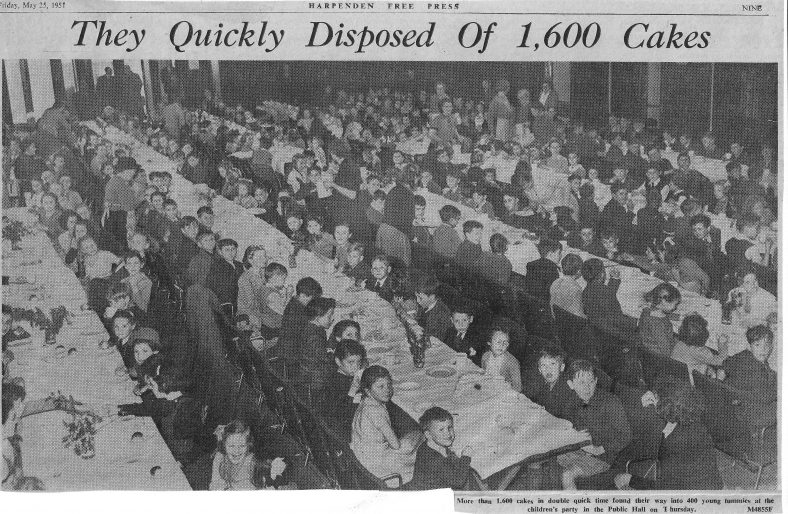 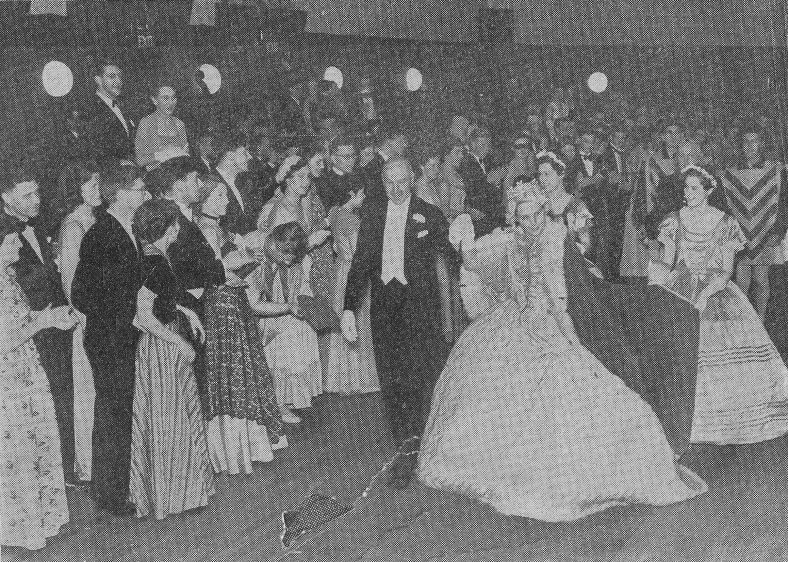 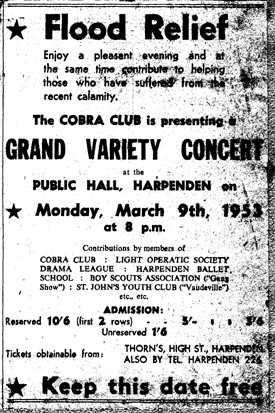 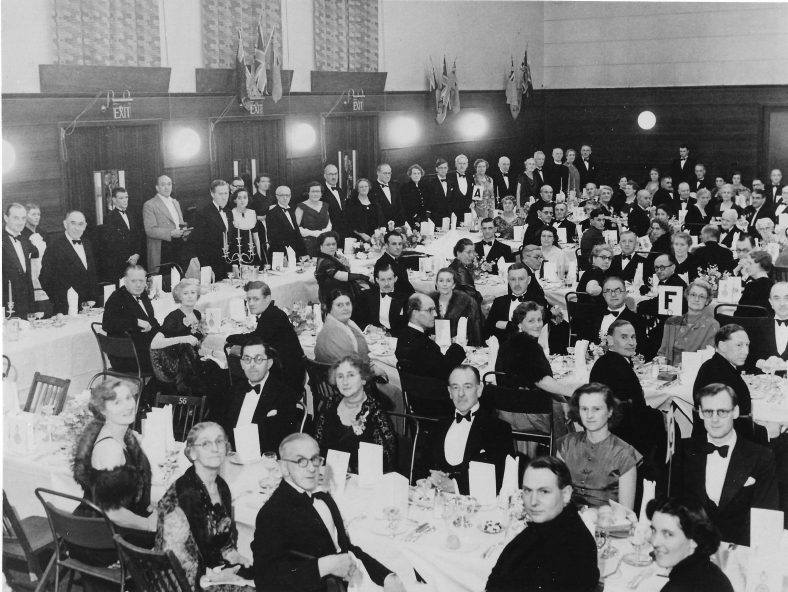 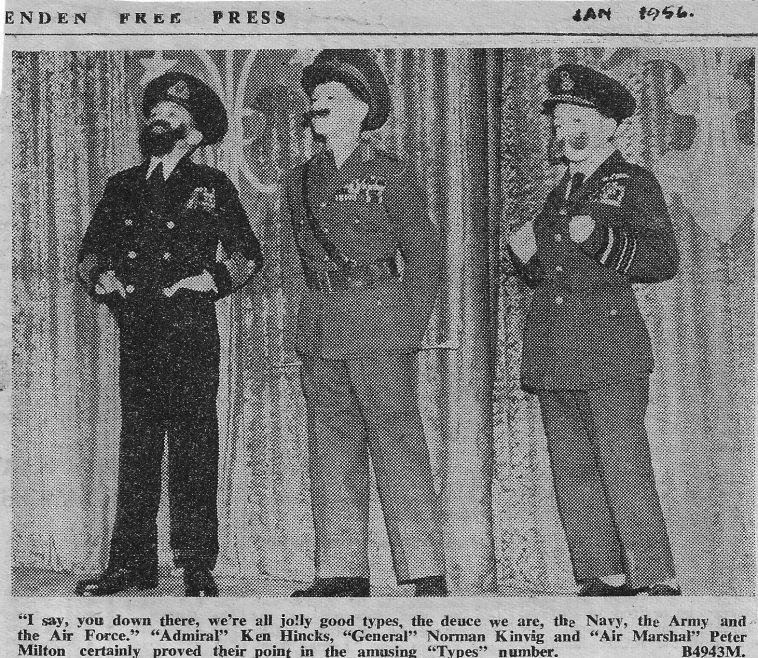 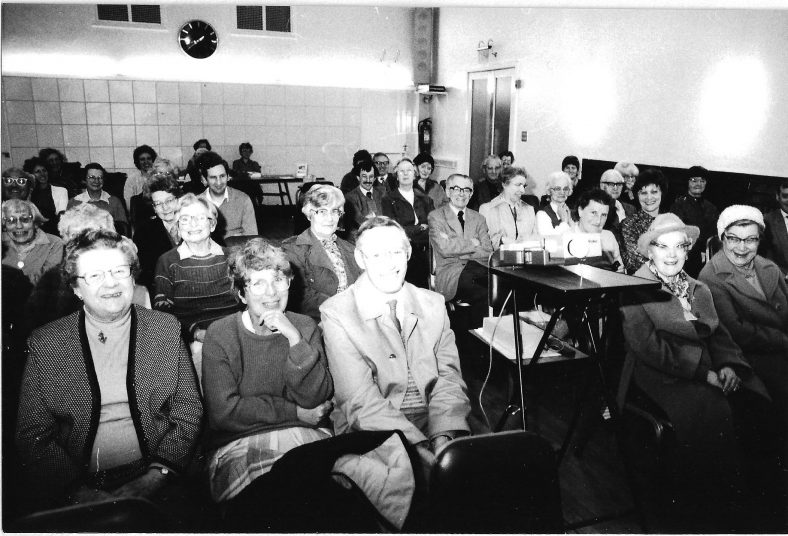 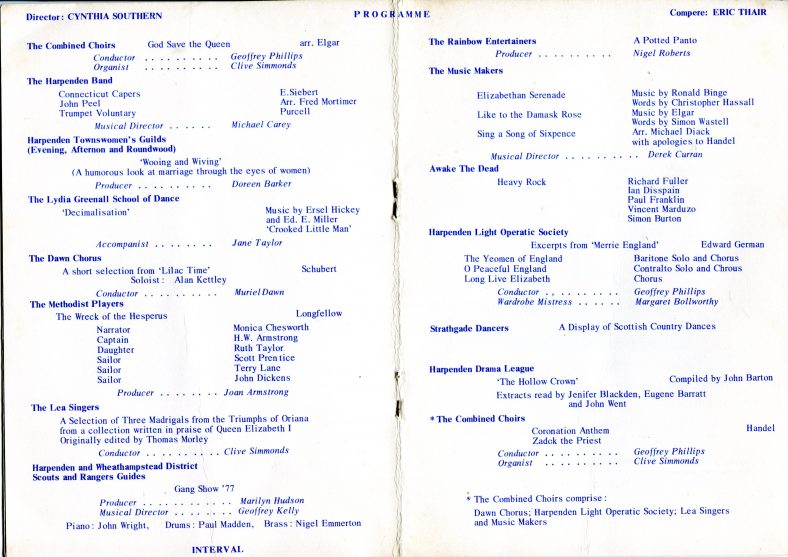 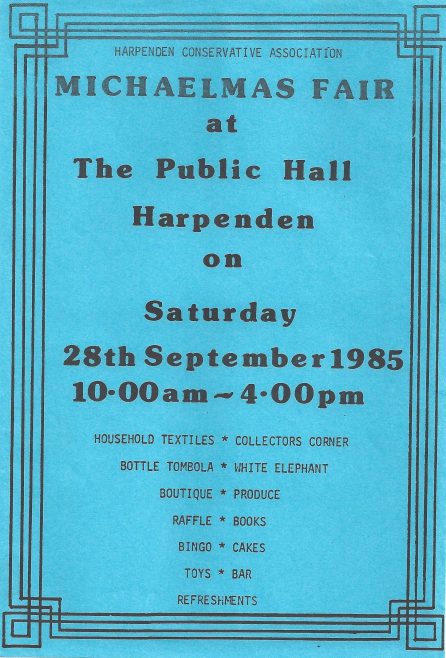 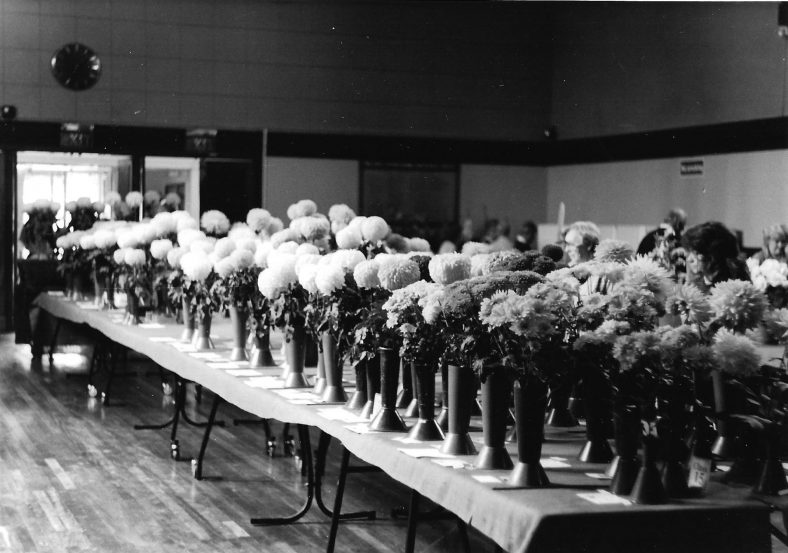 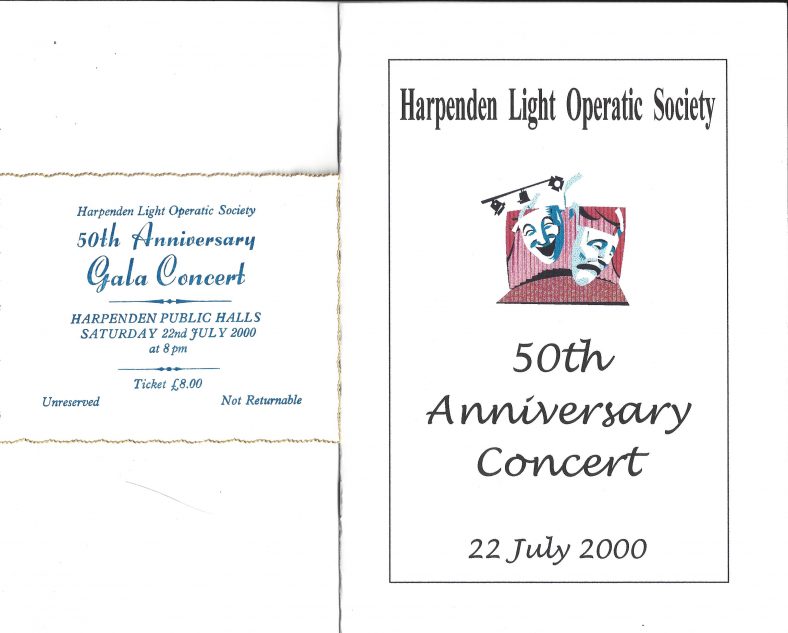 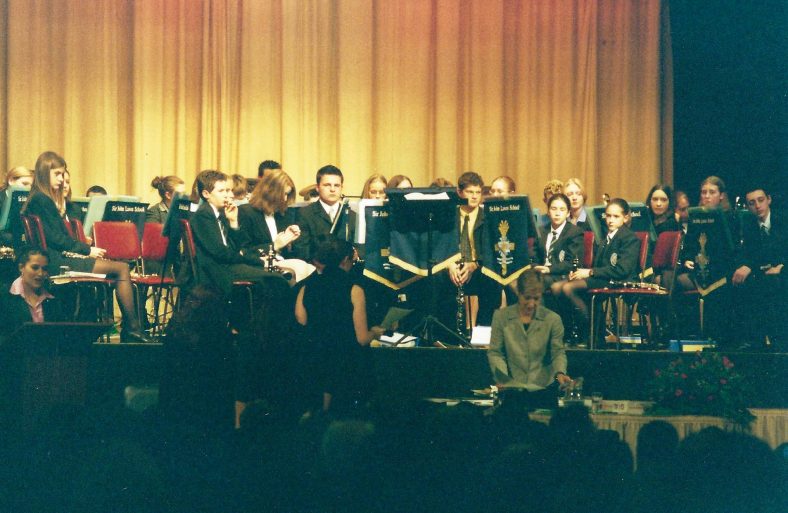 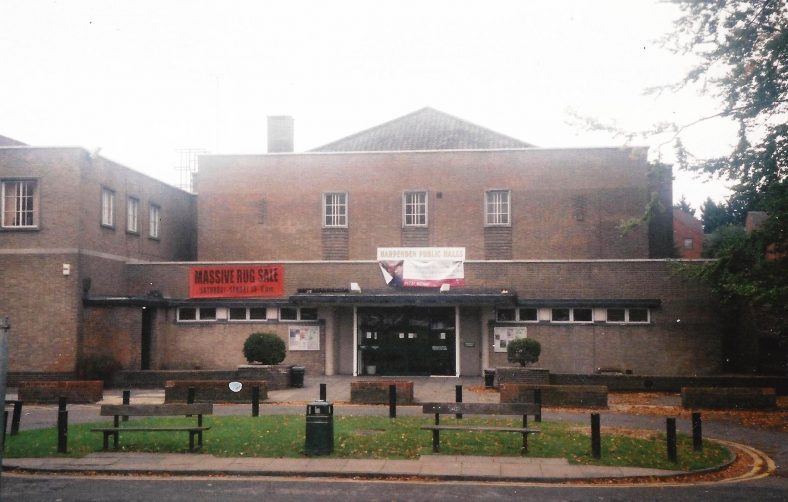 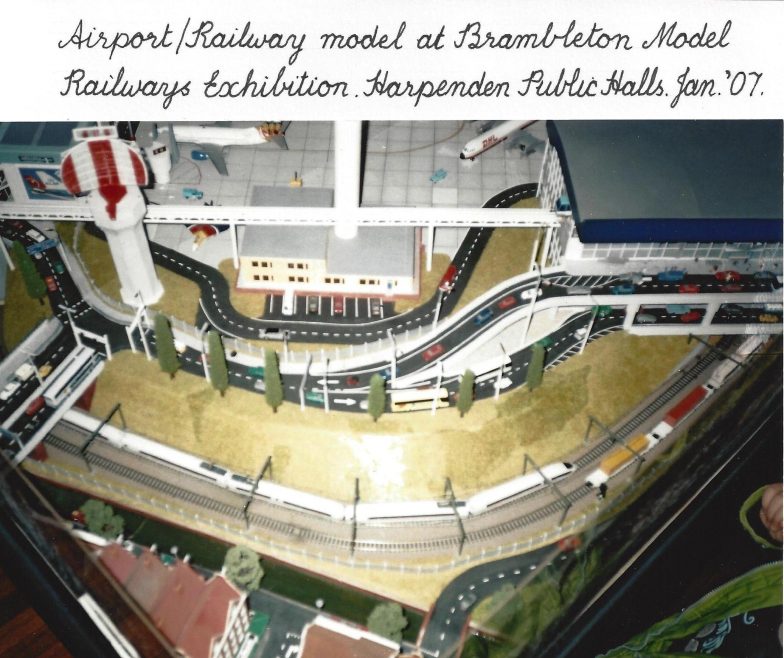 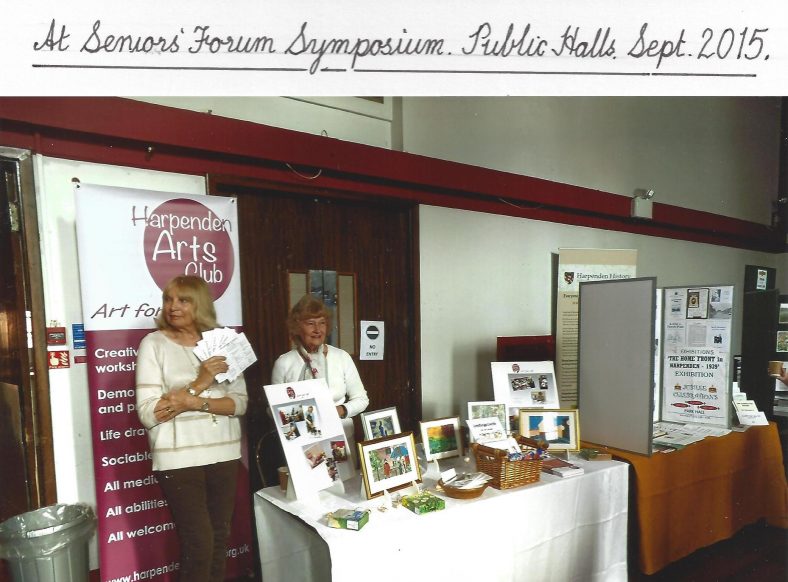 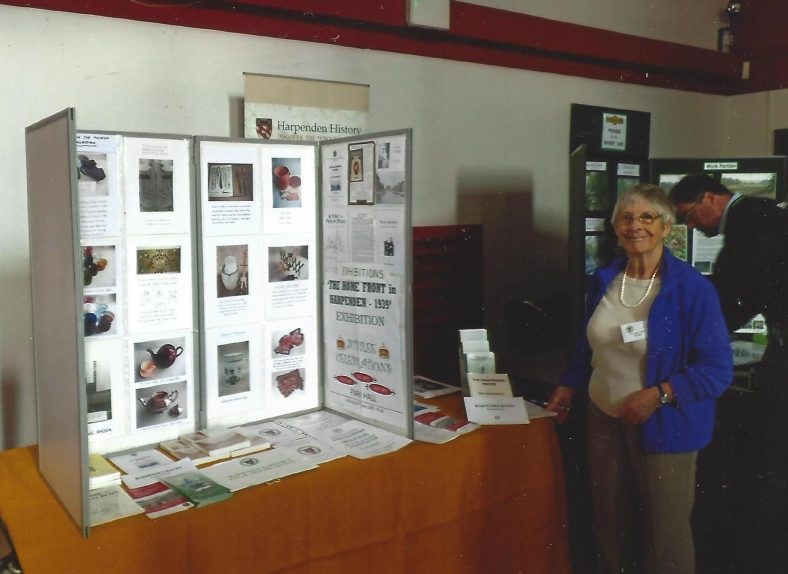