You are here: HomenextHarpenden HistorynextPlacesnextRothamstednextMarianne Sherman's Music and Dance manuscripts (1806)

An insight into social gatherings around Rothamsted Manor 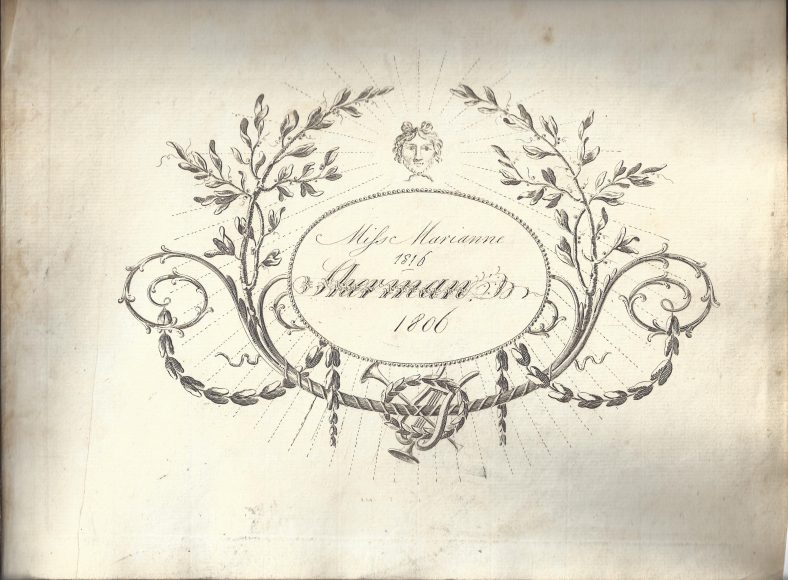 In 1981/2 Frank Stageman transcribed the verses and dance routines contained in “Two leather-bound manuscript music books. Both bindings are in poor condition and some pages are loose”, which formed Item 39 of the Hodgson bequest for the future museum of Harpenden, then stored at Harpenden Hall.  He wrote a short introduction to the transcription, which is in our archives, along with the manuscripts:

“The manuscript comprises mainly songs and dances, with music, written in a number of different hands, some quite difficult to read. The books date from the beginning of the 19th century, when it was customary for young ladies of fashion to practice composition or to copy favourite pieces. A number of very similar volumes can be seen in the Library at Cecil Sharp House (English Folk Dance and Song Association*). The Hodgson books were shown to the librarian, who made photo-copies of the pieces of interest to the Association and kindly provided extra copies for the Society [HDLHS], but was unable then to say whether any of the pieces might be original compositions.

“A beautifully executed book-plate in the larger volume and other inscriptions in both indicate that they belong to a family named Sherman, who at that time lived in Drayton, Oxfordshire. We can safely deduce that Mrs Sherman, whose name appears in the smaller volume, was the mother of Marianne Sherman, who owned the larger. Marianne first married the Rev. D G Knox [and lived at Bowers House] and then, as the latter’s widow, John Bennet Lawes the first, thus becoming in 1814 the mother of J.B. Lawes the second, later Sir John of Rothamsted.”

The history, etiquette,style and steps of dancing

In 1985 Chris Green completed a monograph on 19th Century Dancing of the Gentry of Hertfordshire, based on his study and research of the Sherman manuscripts, and the printed sources from which many of the songs or dances were hand-copied.  He draws attention to the collections of dances catering for the demand for new dances at Assemblies in the fashionable centres (eg Bath) and at country houses, published during the 18th century. In Marianne Sherman’s manuscripts “many dances have the names of people or refer to special happenings. There is a part of a tune and a title for ‘Miss Sherman’s Fancy’. I have found no other record of this dance and one wonders if it was composed for Marianne, possibly at her 21st birthday dance or some other such occasion.” 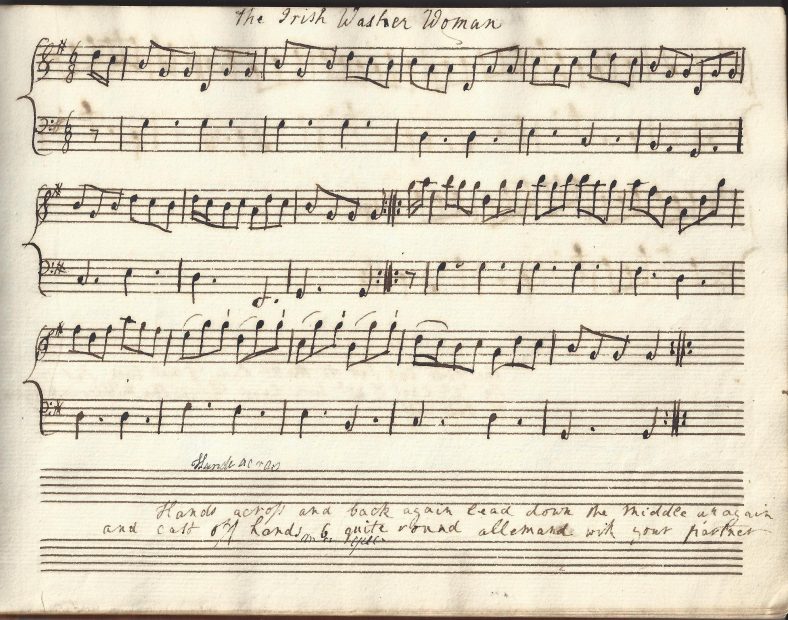 Chris Green traced many of the dances and tunes to volumes published in the 1790s by publishers such as Campbell, Preston and Wheatstone. Some dances, such as the Quadrille, had been introduced from France. A number of tunes remain untraced, and some titles have different tunes from those in published volumes. Chris Green’s account also summarises the various styles, ‘figures’ and steps – many still familiar to current folk dance groups.

He quotes from T Wilson, a London dance teacher who published An Analysis of country dancing in 1811, with illustrations of ballroom clothing of the time – the ladies wore high waisted, loose light dresses, the men breeches and waist or cut-away coats. Both wore light shoes. Wilson describes the art of dancing: “The person that would dance gracefully must so dance that every attitude, every movement must seem rather the effect of accident than design, nothing should seem studied; for whatever is laboured belongs not to the Graces. Some persons erroneously imagine that great execution with the feet is all that is required in dancing; but I would remind such persons that it is as much a study to make proper use of the arms and hands, as the legs and feet; for it is not the motions of the feet alone that charm the eye of taste, but the carriage of the whole figure, the action of each part corresponding with the other, a graceful elevation of the head in Setting, an easy sway of the whole frame in Heying, Casting Off, etc; the hands gently raised to turn with the arms at the same time curved without making angles.” 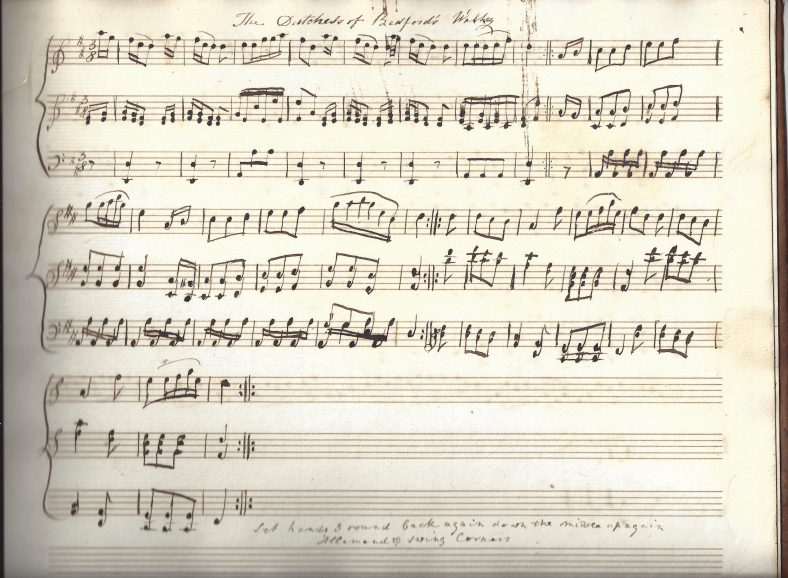 We are now in contact with the English Folk Dance and Song Association*, and plan to have the manuscripts scanned to their specifications, so that they can be included in their on-line collection of early 19th century songs and dances.

* The manuscripts were scanned at high resolution in 2015, courtesy of Verulamium Museum. The scans were duly lodged with the EFDSA, and a copy is held in our archives. (ed. December 2021) 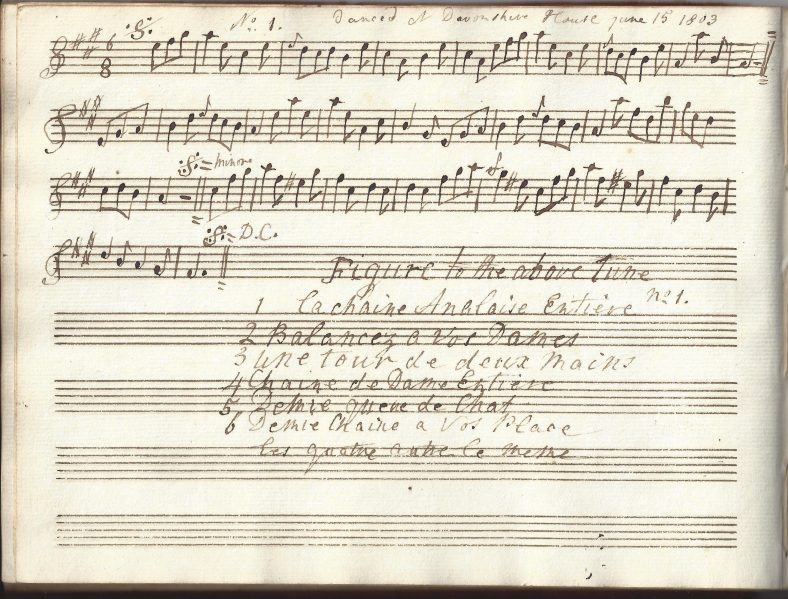