Light Entertainment in the 1950's 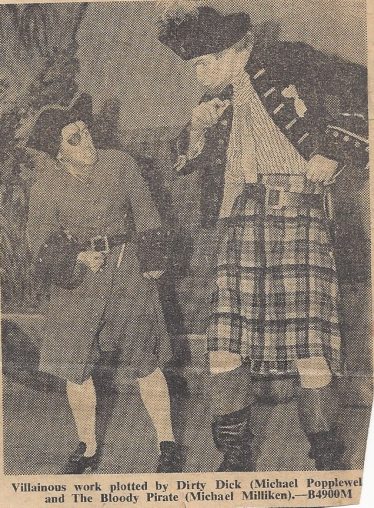 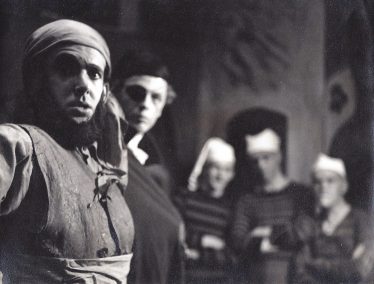 ‘The Masqueraders’ was the title adopted by a group of dedicated performers in Harpenden in the years 1954 and 1955.  Loosely connected with St John’s Church, the company comprised many well-known residents who had been mentioned in Theodora’s Memoires.  The producer was John Peters who selected two lesser known operettas produced between the Wars by Walter Leigh, a rising and notable English composer of that period whose career was sadly terminated by his death on active service in North Africa.  ‘Pride of the Regiment’ which contained many tuneful melodies was produced in 1954.  ‘Jolly Roger’, another notable musical burlesque, was staged the following year in December 1955.

Terence Wenham (tenor) took the title role, supported by Ruth Peebles, the lead soprano.  The Pirate Villain was performed by Michael Milliken, supported by Michael Popplewell.  I was fortunate in being selected to play the comic lead, ‘Ben Blister’, a part originally written for George Robey  who had been the star of the West End production.  It was a delightful part, calling for little or no musical ability, and represented the zenith of my operatic career such as it was.

John Peters subsequently married and left the district so that no more light operas were produced.  The performing tradition continued, however, when Michael Mayne joined the Parish as curate in 1957, not long having left the Cambridge Footlights.  A series of Christmas Revues entitled ‘Nuts in December’ continued for several years until the end of the decade.  Michael Mayne later became Head of BBC Sound Religious Broadcasting, and finally Dean of Westminster in the 1990’s. 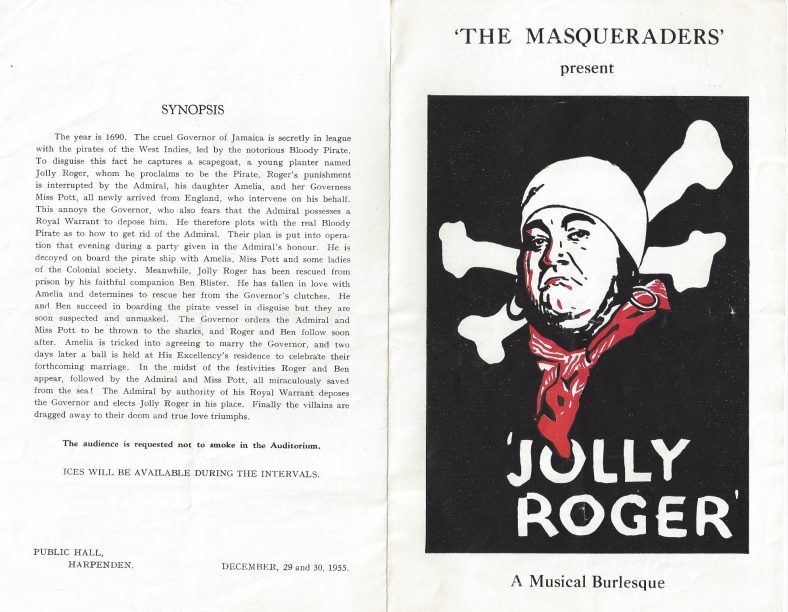 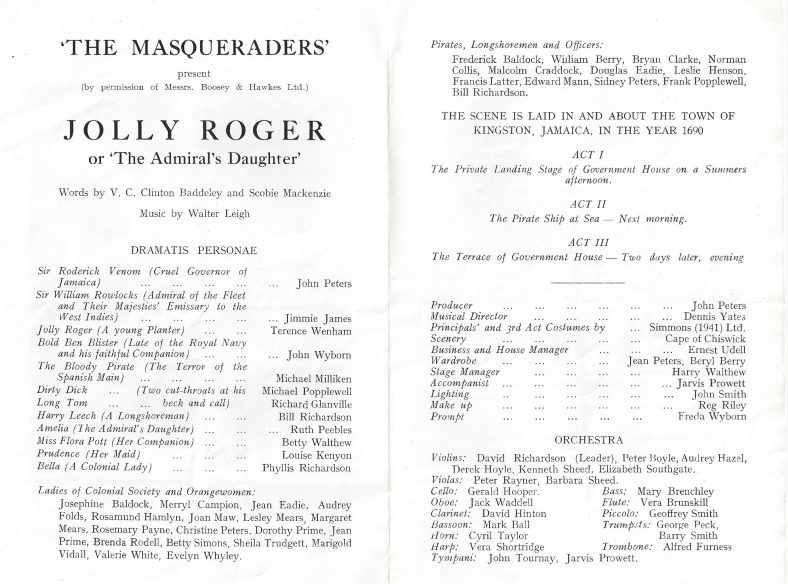